Lessons of the 2019 Elections in Thailand, the Philippines, and India

In the first half of 2019, national elections were held in Thailand, the Philippines, and India. The electoral process and results revealed different challenges faced by democracy in these three Asian countries. In Thailand, the challenge is how to transform a political system whose institutions and procedures hem in and constrain genuine democratic choice. In the Philippines and India, the challenge is different but no less daunting: keeping democracy alive in an era of charismatic politics, where electoral mobilization becomes an instrument for a transition away from liberal democracy.

Registration is essential as seats are limited. 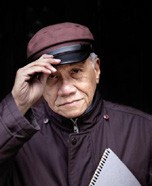 A retired professor of the University of the Philippines, Walden Bello is currently the International Adjunct Professor of Sociology at the State University of New York at Binghamton. He is a founder of the Bangkok-based institute Focus on the Global South. He received the Right Livelihood Award (aka Alternative Nobel Prize) in 2003 and was named Outstanding Public Scholar by the International Studies Association in 2008. As a member of the House of Representatives of the Philippines from 2009 to 2015, Congressman Bello authored a resolution renaming the South China Sea the West Philippine Sea, a recommendation that was adopted by the Philippine government. He also authored the recently released study sponsored by Focus on the Global South titled China: An Imperial Power in the Image of the West? (2019). A holder of a PhD degree in sociology from Princeton University in 1975, he was awarded a doctorate honoris causa in 2012 by Murdoch University for being an “exemplary public intellectual.” Walden Bello’s latest books are Counterrevolution: the Global Rise of the Far Right (2019) and Paper Dragons: China and the Next Crash (2019).

Registration essential as seats are limited.