Job-Ready Graduate (JRG) is one of the packages under the Higher Education Packages 2020. It is applicable to all domestic students who hold a Commonwealth Supported Place and/or are accessing a HELP loan to defer their fees.

The aim of JRG is to assess students as being academically suited to their studies. Your academic progress and engagement will be monitored throughout your course. This is to ensure that you do not incur any debt for study for which you are not suited.

These rules are for all domestic students commencing in 2022. From 2023, it will also include continuing students, for any units completed after 1st Jan 2022.

Under the JRG rules, a student is assessed under two main criteria: their progression throughout the whole course and their engagement in the course.

Your engagement in the course is assessed from Day 1.

Your course progression is monitored through what is called “completion rate” and it is applicable after you have attempted eight or more units of study in a bachelor level or higher course OR four or more units in a higher education course lower than a bachelor course.

The low completion rate is being assessed for all domestic Commonwealth supported students that commenced their studies in 2022.

Murdoch will assess your engagement level in your course. Some areas of assessment may include:

An “attempted unit” is any unit you remained enrolled in on the census date.

Refer to the table below to see how the different grades and withdrawal outcomes count towards the calculation of the completion rate:

Case scenarios on how completion rate changes over the course duration:

No, the completion rate is a cumulative indicator of your progression for the units attempted over the duration of your course. The table below shows the circumstances where you would be assessed as having a low completion rate:

Academic Safety Net protects you against fail grades only (N and DNS). While the fails are not counted towards your GPA, they are counted towards the calculation of the completion rate.

When we receive your results at the end of each teaching period, your progression in your course will be monitored. We will contact you to provide advice and referral to support services if you are approaching a low completion rate. You should regularly check your student email, so you do not miss out on any important notifications.

A calculator will also be made available on the Murdoch website, where you can enter your units attempted, passed, failed, or withdrawn and automatically calculate your completion rate %.

We do offer a range of support services to assist you in your studies. You can:

If you have a completion rate of less than 50%, you lose your Commonwealth Assistance access. In that case, you can either:

You cannot transfer to a course for which you are not academically suited. Your Academic Chair will guide you in finding an appropriate course if you wish to transfer.

You will not be permitted to transfer indefinitely between courses. You should refer to the Change of Course Enrolment Policy for more information.

Yes, but only for units which have been completed on or after 1st January 2022.

Yes, you will be eligible for Advanced Standing for general electives and/or where the two courses have units in common, the Advanced Standing will be added to the new course and these units will be counted towards your completion rate.

Yes, you may reduce your study load and increase your chances of successfully completing your units. However, this will not be grounds for a reduced study load exemption in relation to receiving Centrelink benefits.

Yes, you may apply for retrospective withdrawal but only if you can prove genuine special circumstances.

Circumstances that may be considered special circumstances in relation to not counting a failed unit towards your completion rate include:

The SLE changes came into effect on 1 January 2022 and provides you with 7 years of full-time study in a Commonwealth Supported Place (CSP). Any units of study undertaken from 1 January 2022 onwards will count towards your SLE amount.

If you study a three-year bachelor degree with a full-time load this will use 3 years of your SLE and you will have 4 years remaining.

Humera is enrolled in a Bachelor of Education. In Semester One 2022 she failed to complete 2 out of the 4 units in which she was enrolled. In Semester Two, Humera has passed 1 unit, failed 2 units, and was offered supplementary assessment for another. If Humera passes her supplementary assessment, she will have a 50% completion rate, will retain her CSP funding, and will maintain good standing in her academic progress.

If, though, Humera fails the supplementary assessment, she will not successfully complete at least 50% of the units in which she was enrolled since 1 January 2022. As a result, she will lose her Commonwealth Supported Place. She will also be considered to have made Unsatisfactory Progress by the University, and may move to probation status, or have her enrolment suspended or cancelled.

Ben is enrolled in a Bachelor of Science. In Semester One, 2022, he made good progress by passing 3 out of 4 units in which he was enrolled. But in Semester Two, Ben had some complicated health issues to deal with that made it difficult for him to study. He either withdrew from or failed all of his enrolled units. That means, in total, Ben has failed to successfully complete 5 out of 8 units and he has lost his Commonwealth Supported Place.

Ben now has a few options, including the following:

'Samantha is enrolled in a Bachelor of Laws/Bachelor of Arts. In 2022, she passed 2 units, failed 3, and withdraw from 3 others after census date. This means she successfully completed 2 out of 8 units and that her completion rate was 25%. Unfortunately, Samantha has lost her Commonwealth Supported Place, and she now has several options.

Discover the Murdoch difference and how our students are encouraged to think for themselves.

Help is available each step of the way when you're a Murdoch student. 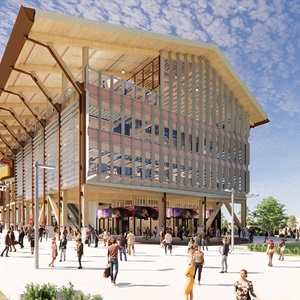 Find out everything you need to know to apply for your preferred Murdoch course.