The River View Room at Perth’s Optus Stadium was transformed into an appropriate backdrop to celebrate the achievements of some of Murdoch’s notable alumni.

The 2022 recipients; Wayne Bergmann, Anna Lim, Heidi Mippy, and Stephanie Unwin were honoured at a prestigious event attended by Murdoch's Senior Leaders, the academic community, and VIP guests. The celebration, which kicked off with a Welcome to Country at the Sky View Lounge taking in the panoramic views across the peninsula, was emceed by Murdoch alumnus and staff member Kelly Parsons. 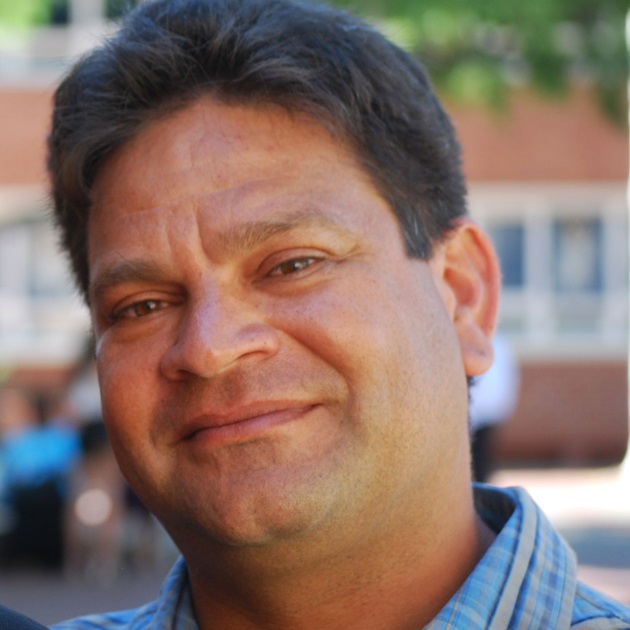 Nyikina man Wayne Bergmann was once described by The West Australian newspaper as one of the most influential Aboriginal people in Western Australia. Currently Executive Chairman of the National Indigenous Times (NIT), he has been recognised as one of Australia's leading advocates for Indigenous self-determination through economic empowerment and opportunity. Wayne has a particular interest in encouraging Aboriginal participation in the modern economy by finding a balance in walking in two worlds between cultural values and the modern economy. 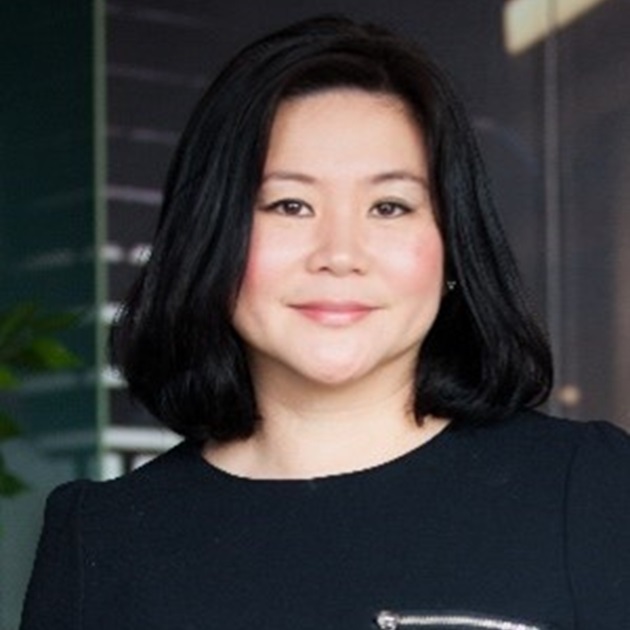 In partnership with two fellow Murdoch University alumni, Anna created The Soup Spoon in 2001. Inspired by much-loved recipes from different cultures, the brand creates unique and wholesome soups with no preservatives or additives and using all-natural ingredients. As the Executive Director and SouperChef, Anna is responsible for the creation and innovation of soups and product development. Having completed a Bachelor of Science (Biotechnology) at Murdoch, Anna is able to draw on her scientific knowledge when creating new flavours and recipes and when seeking consistency in product quality.

Heidi Mippy, a proud Noongar Yamatji woman, has worked tirelessly in Community Development for over two decades and is a leading advocate for Indigenous youth. An author, business consultant, coach, and mother of three, Heidi has developed many pioneering initiatives to enhance the lives of Aboriginal people. Heidi was the only Aboriginal student in her year to graduate from Hamilton Hill High School with a TEE score and the only member of her family to graduate from university. She is determined that educational opportunity extends to all corners of the community. 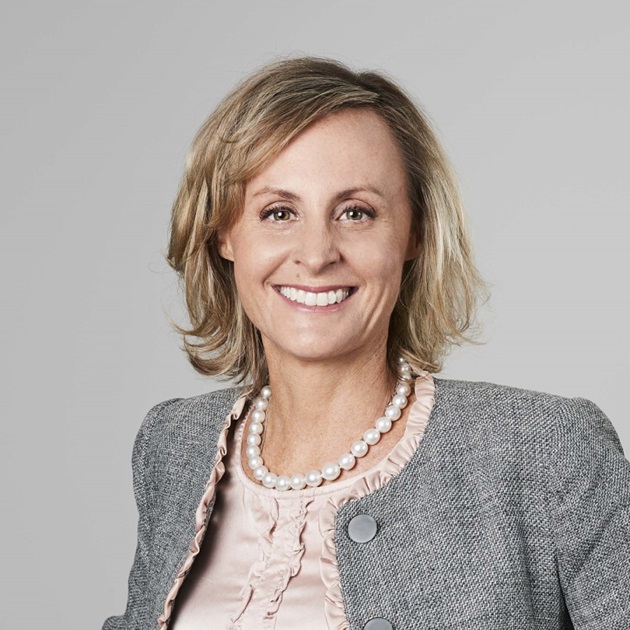 Please see the highlights from the 2022 Distinguished Alumni Awards ceremony

Dr Adam Bandt is the Federal Member for Melbourne and the Leader of The Australian Greens. Dr Bandt became the first Greens MP elected to the House of Representatives at a general election when he was first elected in 2010. He retained the seat of Melbourne at the 2013 and 2016 elections.

Dr Bandt oversees the portfolios of climate change, energy, employment and science, research and innovation. Since being elected to Parliament he has worked to secure $13 billion of investment in clean energy and getting dental into Medicare for 3.4 million kids.

Professor Wendy Carlin is a world renowned economist. She is a Professor of Economics at University College London (UCL), Research Fellow of the Centre for Economic Policy Research (CEPR) and a Fellow of the European Economics Association. She is also a member of the Expert Advisory Panel for the UK Office for Budget Responsibility and a visiting professor at the Oxford Martin School at the University of Oxford.

Professor Carlin’s research focuses on the economic history of comparative economies, macroeconomics, institutions and economic performance, and the economics of the transition of economies from central planning to the market.

Dr Bill Hare is a physicist and climate scientist with thirty years’ experience in the science, impacts and policy responses to climate change and stratospheric ozone depletion. He is a founder and CEO of Climate Analytics, a non-profit research and policy organisation based in Berlin. Established in 2008, Climate Analytics aims to synthesize and advance scientific knowledge in the area of climate change and provide state-of-the-art solutions to global and national climate change policy challenges.

In 2006, he was made a Member of the Order of Australia (AM) for his service to education as an academic and commentator in the areas of journalism, culture and media studies.

Mr Chen has been the Vice Chairman of the Board of Directors of the Bank of China (BOC) since April 2014 and the President of the bank since February 2014.

Mr Chen has a sound academic knowledge in economics and finance, as well as rich experience in commercial banking and operation management. During his 26 years at the Bank of China, he consecutively served several management roles home and abroad with professional expertise on businesses such as corporate credit, risk management, financial management, internal control and compliance.

Dr Mathew has made an outstanding contribution throughout his career as an Engineer to the field of environmentally sound technologies, applying his expertise in water supply, waste management systems and renewable energy to the improvement of living conditions in developing countries and Australian indigenous communities.

In 2015, Dr Mathew was awarded the honour Fellow of International Water Industry in recognition of his many years of service to the water industry.

Patrick McClure AO has made an outstanding contribution to civil society and social policy, especially as a leader of civil society organisations and advisor to governments in the areas of welfare reform, welfare to work, investment in early intervention services, community-business partnerships, social enterprises and social impact investment.

In 2001, he was awarded an Australian Centenary Medal for “service to the community as CEO of Mission Australia.”

Professor Jan Thomas planned to be a veterinarian and has a PhD in Veterinary Science at Murdoch University.

Basil Zempilas is an Australian television and radio presenter and sports commentator based in Perth, Western Australia. Graduating in 1992 with a Bachelor of Arts in Communication and Cultural Studies, and a Graduate Diploma of Journalism in 1993, Mr Zempilas is recognised as a national media personality, celebrating 25 years at the Seven Network, including 17 years on the nightly television news.

Gail McGowan is the Director General of the Department of Planning, Lands and Heritage, Western Australia, a major state government instrumentality. A Murdoch alumnus who graduated with a Bachelor of Arts in Education Studies followed by a Postgraduate Diploma in Public Policy in 1994, Ms McGowan has since served in senior roles at Murdoch University. She held the position of Chair of the University’s School of Business and Governance concurrent with her role as a Member of the Vice-Chancellor’s External Advisory Committee.

Former Australian politician Michael Keenan was a member of the House of Representatives for 15 years, representing the Division of Stirling for the Liberal Party from 2004 until his retirement in 2019. Graduating with a Bachelor of Politics in 1995, Mr Keenan also actively supports various sporting organisations in Perth, and is a founding member of the North Beach Lions Club, and Vice-Patron of Trigg Island Surf Life Saving Club, Scarboro Surf Life Saving Club, and Tuart Hill Cricket Club.

Tim Hammond is a barrister specialising in asbestos litigation as well as workplace and catastrophic injury cases. Graduating from Murdoch University with a law degree in 1999, Mr Hammond practised law as a solicitor at a nationally recognised law firm until turning to politics. As a Former Federal Member for Perth from 2016-2018, Mr Hammond was also the Shadow Minister for Consumer Affairs and Shadow Minister in Assisting in Resources during his time in Parliament.

Adam Ferrier is a multi-award-winning advertising creative and the founder of Thinkerbell, an agency that creates ‘measured magic’. With degrees in commerce and clinical psychology from Murdoch University, he is a highly sought keynote speaker globally and revered in advertising circles for his success in building brands and changing consumer behaviour. A published author, Mr Ferrier co-authored The Advertising Effect: how to change behaviour, which was published by Oxford University Press in 2014.

Alison Chartres is Assistant Secretary of the Africa Branch with DFAT. A long-serving diplomat, Ms Chartres has worked in the pacific and Africa, promoted Australian interests at Australia’s Mission to the UN in New York, and was Australia’s Permanent Representative to UNEP and UNHABITAT. She has previously served as Australia’s High Commissioner to the Republic of Kenya and held non-resident accreditation to Burundi, Rwanda, Somalia, Tanzania and Uganda. In addition to her work, Ms Chartres uses her platform as an International Gender Champion to promote equality in all segments of society.

Tony Chong is Managing Partner Perth and Australian Head of Asia Desk at global law firm Squire Patton Boggs. He is a principal adviser to high-net worth individuals and corporate entities, specialising in mergers and acquisitions and the Asian commercial business environment.

Mr Chong is also DVG Group Board President and WACCC Senior VP, and serves on the Murdoch University Art Collection Board and the External Advisory Group to the School of Law.

He was the Asian Australian Lawyers Association ‘Senior Lawyer of the Year’ in 2019 and a winner of the Business News 40under40 Awards in 2013.

Dr Heston Kwong is Assistant Director at the Department of Health, Hong Kong Government, responsible for the emergency response to COVID-19, including quarantine, social distancing, testing, and vaccines.

He previously served as head of IT Management of the Department of Health, managing projects, establishing medical information storage systems, coordinating communications, and ensuring appropriate responses to critical incidents.

He has also led government contingency and emergency response preparedness efforts and acted as liaison between government departments during health emergencies.

Prior to her current role, Ms Tomkinson held executive positions in the finance, community and aged care sectors.

She is involved in numerous boards, including the Wheatbelt Development Commission and Committee for the Economic Development of Australia (CEDA).

Ms Tomkinson is dedicated to advancing collaboration and innovation across sectors to deliver improved health, wellbeing and prosperity for all Western Australians.

Murdoch will award a minimum of two and no greater than five Distinguished Alumni Awards per year.

To be eligible to win an Award:

To be selected as a Distinguished Alumni Award recipient, candidates must have:

Candidates will also be assessed against the core values of Murdoch University:

Recipients of the Distinguished Alumni Awards will be announced at the annual awards ceremony and dinner. All recipients will be notified prior to the ceremony, however this information must not be made public until after the conclusion of the formal ceremony. Confidentiality must be respected by all parties throughout all stages of the Awards program.

Get in touch if you have any questions regarding the Murdoch University Distinguished Alumni Awards.

Read about the inspirational things our alumni are achieving across the globe. 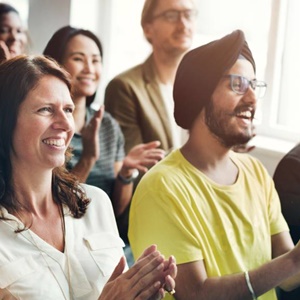 Explore the many personal and professional benefits Murdoch alumni enjoy. 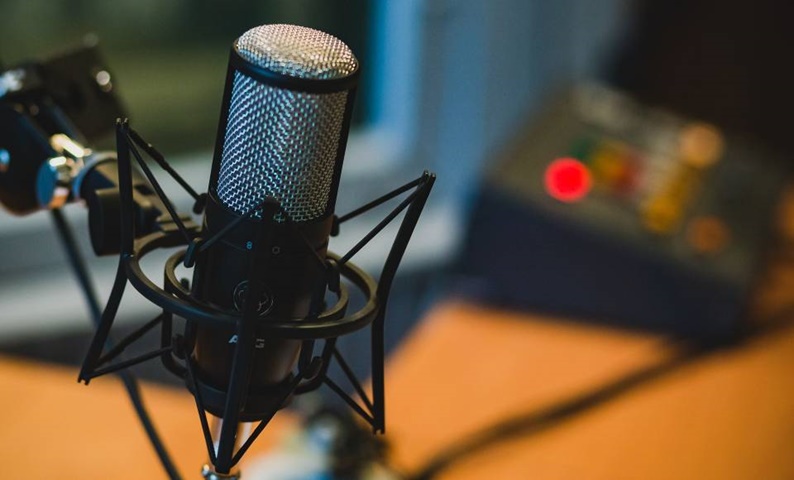 Listen in to our broad range of alumni interviews.