Scientist looks back on journey with Murdoch 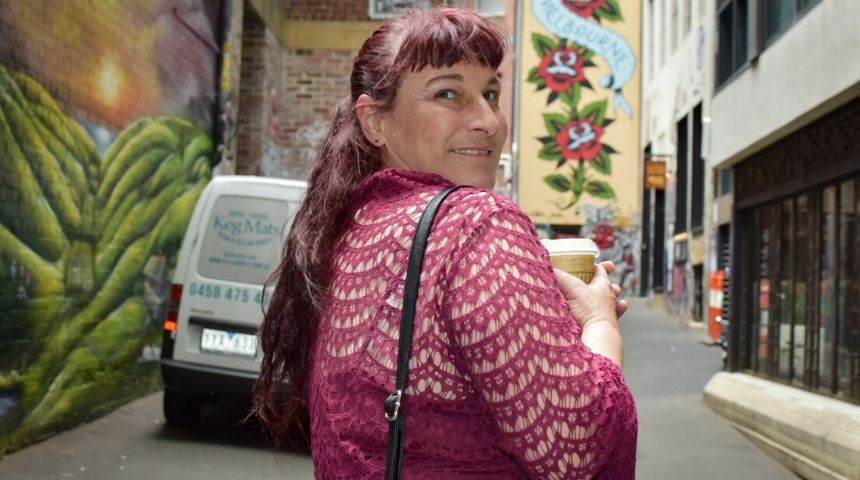 Cindy Palermo reflects on ten years in the Murdoch community as an undergraduate, employee, post-graduate student and mum.

What did you study at Murdoch?

I studied a BSc Forensic Biology & Toxicology, Molecular Biology and Biomedical Science, graduating in 2016. I then went on to complete First Class Honours in Biomed.

How is life post-graduation?

Life has been super exciting since graduation. I am currently completing a PhD at Murdoch looking at parasites in fish, particularly feral fish. I have made some amazing discoveries and worked with some incredible people. With the discovery of a parasite for the first time in Western Australia, my research has appeared in Murdoch News, Joondalup Times and ABC News. I am making new discoveries all the time, going to places I have never been before and getting recognition for my work. I am part of a huge research team at The Harry Butler Institute and it is very exciting.

What do you think is Murdoch’s point of difference compared to other universities?

Murdoch has many points of difference that make it such an appealing university.

The support available on campus is particularly important. I was a mature-age student when I began my degree and I had not been in education for 20 years. It was so overwhelming initially that I questioned my ability to attend university. If it was not for the support services available at Murdoch I would never have achieved so much. They helped me through some of the toughest times of my life.

The celebration of multiculturalism and international students is fantastic. It does not matter who you are, or where you come from, you are always welcome and accepted into the community. Festival days are frequent which reflect the true community spirit of Murdoch.

Most of the academics have ‘an open door policy’ meaning that if they are available they will help with any unit queries. I had many questions about assessments that were answered on the spot. The academics at Murdoch are very friendly, supportive and helpful. They want to see all of their students succeed and this is so important. I even had an academic spend two hours teaching me how to use a graphics calculator!

Murdoch has a policy of ‘earning while you are learning’ which is particularly important, especially to single parents like myself. I became a student ambassador, talking about my journey at Murdoch to the wider community (parents, teachers and students).  I have been an ambassador for five years now and I have loved every minute of it. I have been a single mum most of my university life and it was so helpful having an additional income and working within a fabulous team. It is because of the ambassador work that I have been able to implement some of my research into a local high school, enabling foundations for some of their extracurricular classes.

Murdoch is also a family-friendly campus. I was in my first year when I had my son but didn’t need to take time away from university.

Murdoch caters for families and I found the facilities were great. There is a day care centre on campus which offered discounted fees for Murdoch students. Just another element that helped me on my journey...

Tell me something you think or believe that almost nobody agrees with you on?

I have had a lot of wonderful opportunities at Murdoch and gained so much experience, but I am still very apprehensive about the possibility of future employment. Everyone I talk to always suggests that I will never be out of work, but I do not necessarily agree. I have acquired many skills, but is it enough to get a full time job, especially in the current climate. I’m hopeful I will secure employment, but it may not be as easy as everyone suggests.

Where is the most beautiful place you’ve ever been?

I have not travelled much, but perhaps Victoria. I learnt to ski there and went to the top of Mount Buller. It was exhilarating. I saw animals that I had never seen before such as lyrebirds and wombats. It was breathtaking on top of the crest, but the cascades on the way down were also mystifying. I had never seen snow before and everything about it was beautiful.

What is the best decision you’ve ever made?

The best decision I have ever made was returning to university. I spent my whole life wanting to study again and when I did, I became so much happier and positive. When I started at Murdoch I was not sure if it was the right decision for me, but it has changed my life so much.

What are you hopeless at?

Like many people, I am absolutely hopeless at maths, which is a challenge as it is needed in every aspect of science. I struggled with the maths needed in chemistry and statistics. I eventually made it through however, because there were so many help-classes available. I now teach some basic maths to my lab classes which I am very proud of!

I get inspired by women in science. Science has long been a male-dominated field and it has taken years for women to be recognised as reputable scientists. In particular, Dr Paola Magni has been such an inspiration that I would consider her a colleague, mentor and friend. Paola is a Forensic Entomologist who is the founder of ‘Forensics without Borders’, at Murdoch, and she has made such an impact to forensic teaching by taking it overseas. Paola is not just a woman in a predominantly man’s field, but she also came from a cultural background that did not encourage career women. I have so much respect for Paola and can only hope that one day I could be half the person that she is.

How has the Covid-19 lockdown affected your life?

Covid-19 has had a major impact on my life. I think it has been very positive not just for me, but for my home life as well. Previously, I spent much of my time focusing on my research at Murdoch and would often spend long hours in the lab or office. I am however, a single mum with a very vibrant nine year old boy. My son has been home from school and I have been teaching him. I remembered how to be a mum. This was such an important realisation as I have been at university for almost 10 years now and I realised I need to spend more time with my son before he grows up, all too fast.

Although this period has had devastating effects on the world, it has given me the time to reflect and I realise that I need to form a healthy, family and work life balance. Covid-19 has also allowed me to slow down and reflect on the last 15 years of my life and it has been very positive.