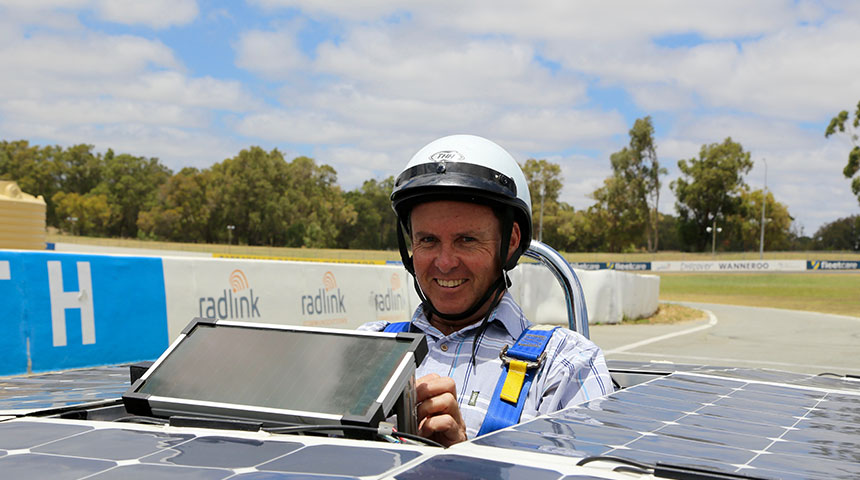 Darren is being recognised for his outstanding contribution to science education, not only at Willetton Senior High School, but throughout Western Australia.

Possessing an innate ability to ignite scientific curiosity within all students, Darren also has a passion for using science to promote environmental conservation. He has also initiated several extracurricular programs at Willetton Senior High School to help students relate their theoretical scientific learnings to real-world applications.

He is passionate about demonstrating the power of science to make positive change in the world. His most notable achievements include leading the school’s solar car project – where students designed and constructed a full-size solar-powered vehicle that has now been driven twice across a 1,000km section of the Nullarbor – and, empowering his students to use 3D printed replicas of Swan River dolphins to raise awareness of the harm caused by fishing line entanglement. 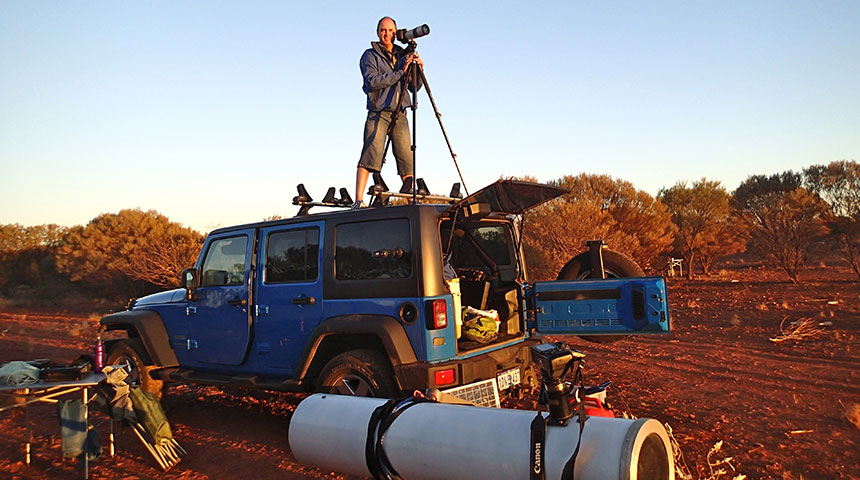 Darren retains some warm memories of his time at Murdoch.

“I was a student at Murdoch in the very early days in the early 1980s and have very fond memories of my time there. I still have strong links with Murdoch and bring my students to campus annually. Murdoch did a great job not only teaching me, but helping to really ignite my enthusiasm for science. I remember the staff member who helped me the most was Dr Ron Wooller.”

Darren has received multiple awards for increasing students’ awareness and exploration of the environment, and for encouraging conservation through scientific efforts. His awards include the 2019 Murdoch University’s Ocean Challenge for raising awareness of ocean pollution, and the 2015 Department of Parks and Wildlife (DPaW) Environmental Award for restoration of the Western School Prawn population in the Swan River.

He has taught at Willetton Senior High School – one of Western Australia’s largest schools with more than 2,500 students – for 28 years. Teaching science to Years 7 to 12 students, he has also been the coordinator of the school’s Gifted and Talented Education Program for 20 years. His unwavering passion for his subject clearly illustrates why he has been awarded this honour.

“My philosophy for education is that I want students to burst through the door at home and say, ‘You wouldn't believe what I did at school today.’ I always try to build on the curriculum by exposing students to authentic experiences and inspiring a passion for all things STEM.”