Brighter days ahead for a sun bear 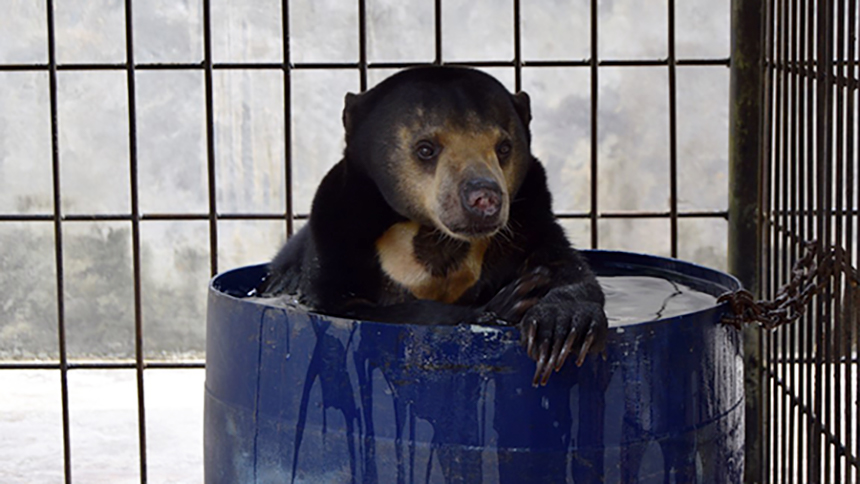 In September an ill-tempered sun bear will get a new lease on life following world-first surgery from a team of dedicated veterinarians.

When Hitam was a small cub she was taken from her mother and sold by illegal wildlife traders. Her teeth were ground down to make her a better “pet” and she was fed a diet of rice and tinned milk.

For five years Hitam was kept illegally by an Indonesian family in a small cage and as a result of an inappropriate diet her growth was stunted. This left her the size of a one-year old cub.

After being confiscated by authorities in 2018, Hitam was taken to the Orangutan Foundation International (OFI) Care Centre where she was housed with other sun bears. Although the reason was not immediately apparent, Hitam was angry and didn’t play nice with others.

Volunteers at the Centre soon discovered the source of Hitam’s bad mood, her pelvic canal is only a quarter of the size that it should be. She is in constant, excruciating pain and going to the toilet is a tortuous exercise that sees her rolling around on the floor in clear distress.

Veterinarian, Murdoch alumnus and project co-ordinator Dr Stephen Van Mil said that the OFI Care Centre had developed a diet that relieved her pain slightly, but more can be done for Hitam. 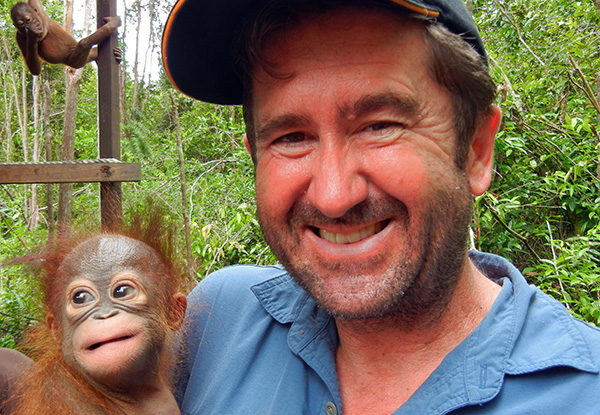 “The Care Centre took a series of X-rays which revealed that her pelvic canal is only 1cm across, whereas it should be 4 or 5cm,” he said.

“They passed these X-rays on to us at OFI Australia and we contacted Dr Geoff Wilson first for his opinion and then Dr Gordon Corfield at the Gold Coast’s Veterinary Specialist Services.”

Since learning about the project, fellow Murdoch alumnus and lead surgeon on the project, Dr Corfield has been working closely with engineer Girius Antanaitis to build an implant that will help open up Hitam’s hips.

Describing the surgery, Dr Corfield explained that it was a modification of a triple pelvic osteotomy – a procedure designed to move the hips out and widen the pelvic canal.

“Hitam has severe narrowing of the pelvic canal due to the poor and completely inappropriate diet given as a cub,” he said.

This surgery will open up the pelvic canal and relieve the obstruction of the colon. Hitam should recover fully and she’ll be able to live a pain-free life.”

For more information about this project please see the OFI website.

If you are interested in studying Veterinary Science at Murdoch University please see the Murdoch website.
Series: