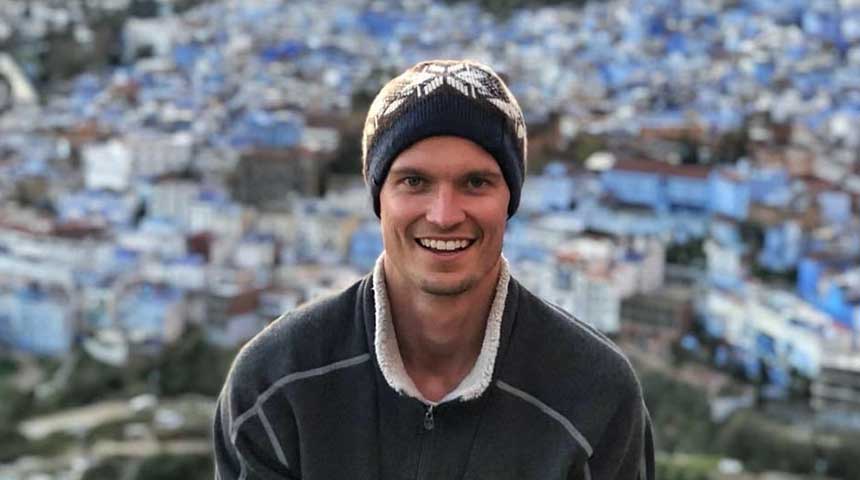 What did you study at Murdoch?

Where are you currently working?

As a Fireman at DFES.

Who was your favourite lecturer and why?

David Newsome. He had a very upbeat positive attitude and you could tell he thoroughly enjoyed his work. His presentations always contained interesting photos and pictures and as a visual learner, this made the lectures a lot more enjoyable for me. He also had an unending range of brightly coloured shirts which made him even more interesting!

What do you think is Murdoch’s point of difference compared with other universities?

It's hard to comment as I don’t know too much about the other universities. However, when signing up, I remember that Murdoch had a better range of environmental science-based units.

Where’s the most beautiful place you’ve ever been?

Matukituki Valley, New Zealand. A stunning, quintessential valley with snow-capped peaks either side and a turquoise blue river running through the middle. Incredible hiking.

What is the best decision you have ever made?

Devoting a significant amount of time to travelling the world and discovering different cultures and places.

What are you hopeless at?

Getting clothes out of the washing machine and onto the line in a reasonable amount of time.

What skill or character trait do you wish you had?

Sometimes I wish I could be hyper focused on more than one thing.

Lionel Sanders - he’s a professional Ironman athlete who’s faced overwhelming adversity and come out on top. He’s a great example of the underdog who’s ended up with a crown.

In your view, what’s overrated?

Getting up early - I much prefer a sleep in.

What is the best piece of advice you’ve received?

Don’t sweat the small stuff. If you can’t control it, move on. If you won’t be worrying about it in 12 months’ time, it’s probably not worth worrying about.