Alumnus gears up for monumental ride 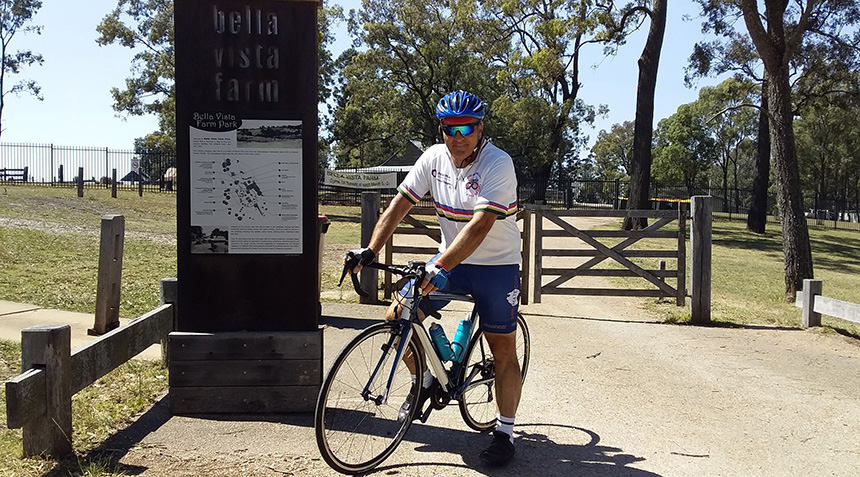 The first, myelofibrosis is a chronic form of Leukemia. The second, taking place in winter 2020, is his aim to cycle 20,000 kilometres in 200 days!

Steven is embarking on his epic journey around Australia to bring national awareness to Myeloproliferative Neoplasms (MPNs), blood cancers in which the bone marrow stem cells grow and reproduce abnormally. He hopes to raise funds for much needed research in collaboration with Dr Kate Burbury of the Peter MAC Cancer Foundation in Victoria.

Steven’s journey as a Murdoch alumnus took a dramatic turn within hours of graduation. While enjoying a coffee with a friend he suffered a Transient Ischemic Attack (minor brain stroke). Although he recovered, twelve months later he received a grim diagnosis.

“I was two days away from embarking upon my new career working in international aid when I was contacted by the Chief Medical Officer to discuss my blood test results which had abnormalities that required further investigation. I was eventually diagnosed with myelofibrosis,” said Steven.

Following his diagnosis, Steven immediately set about educating himself on all aspects of the condition. A research path he soon realised would not be easy due to its rare incidence and Australia’s relatively small population. GPs and even specialist haematologists are very unfamiliar with the range of myeloproliferative neoplasms that exist.

This was the genesis of Steven’s mission to create an MPN awareness campaign. The campaign has three elements:

Steven, 60, is aiming to become the oldest person to ride around Australia, an incredible feat given the health challenges he is facing. Due to cycle the nation anticlockwise in winter 2020, he is currently deep in training completing 300 plus kilometres each week.

If you are interested in a sponsorship package or contributing to Steven’s fundraising efforts, please contact him via email.