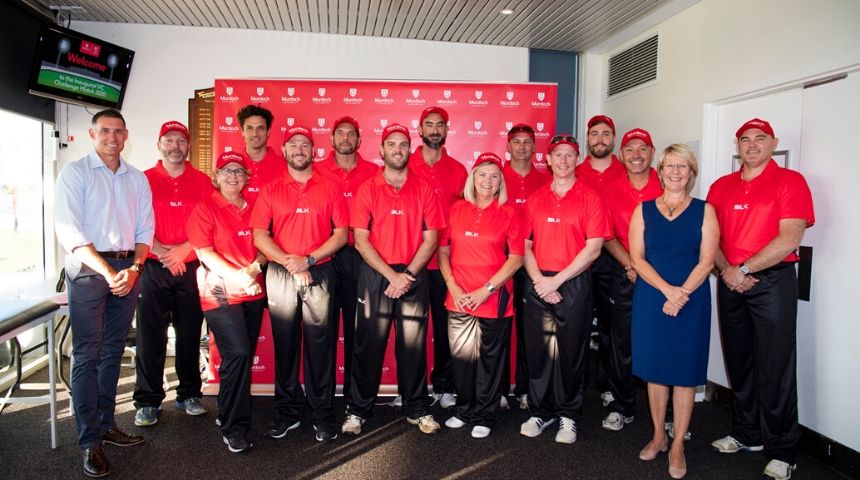 Just before the world stopped shaking hands and closed its front doors, Murdoch University was proud to stage the inaugural VC Challenge Cricket Match at the iconic WACA cricket ground.

A special 10-over match was held between a group of Murdoch alumni and a guest eleven from Murdoch’s cricket partner, the West Australian Cricket Association (WACA). As the sun set over Perth, the two teams threw on the baggy red and yellow and took to the hallowed turf to battle it out.

Murdoch was captained by 2019 Distinguished Alumnus winner, Tim Hammond. Going in at number three after his team had won the toss, Tim showed he is not just adept at handling a courtroom or a hostile Federal opposition bench, when he began scoring fours to all corners of the ground.

The Murdoch team were clearly benefitting from the twenty minutes spent with their coach, Nathan Coulter-Nile. An Australian international all-rounder in both the T20 and one day versions of the game, Nathan was able to offer expert guidance in bowling, batting and fielding, which soon paid dividends as Murdoch began building a formidable total. 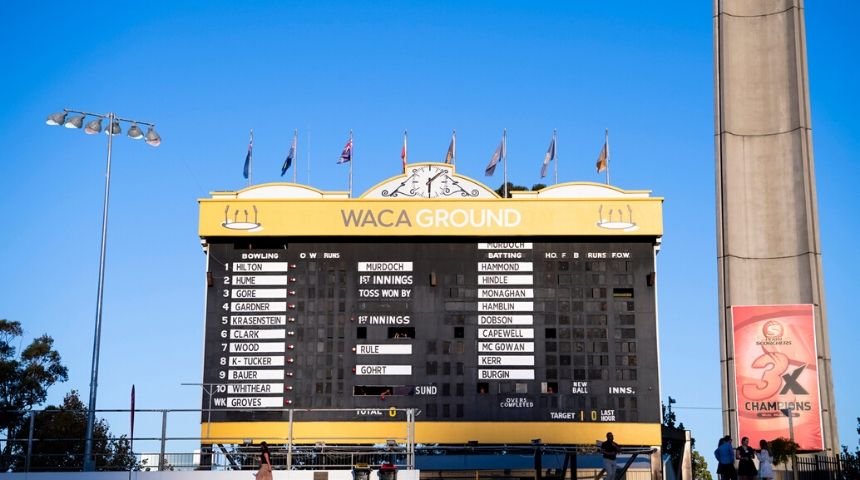 6PR radio host Simon Beaumont gave an amusing and insightful ball by ball commentary to link the crowd to what was happening out in the middle and interviewed the Australian players between overs. These included the coach of the WACA team, and current Australian ODI player of the year, Marcus Stoinis.

In the end, Murdoch’s total proved too much for the WACA team to chase, leaving the Murdoch players extremely proud to bring home the new trophy. Although winning the match was pretty special, it was the chance to play at the iconic ground that gave our alumni an experience to cherish.

“For me personally, to be able to play on the WACA ground was incredibly exciting. I have played cricket since I was seven years old and have been to the WACA countless times for the cricket. From days going as a young boy, to taking my own children along. To be given the opportunity to play on the famous ground and see my name up on the famous scoreboard was very special,” said Nick Gohrt.

Following the game, there were speeches from Murdoch University Vice Chancellor, Professor Eeva Leinonen and CEO of the WACA, Christina Matthews. They were joined at the lectern by special guest Michael Hussey, one of the greatest Australian cricketers of recent years. 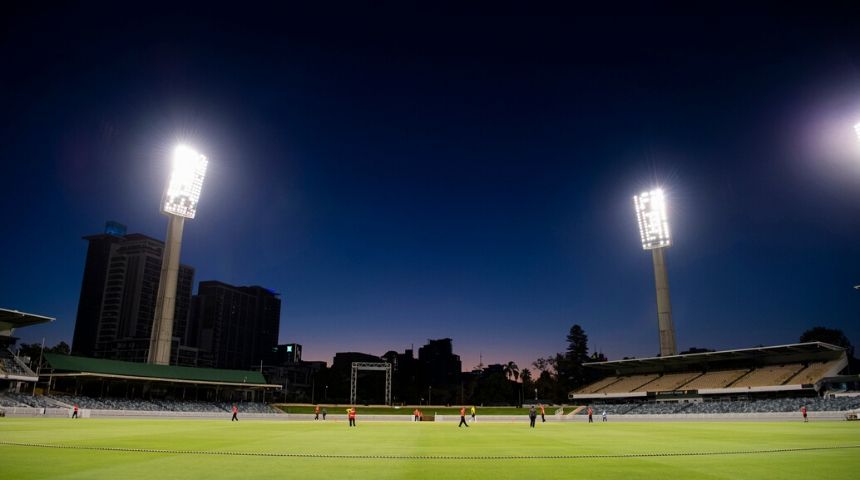