Two Murdoch alumni who initially gave each other a wide berth have come together to make an inspiring film about the impact of transplants. 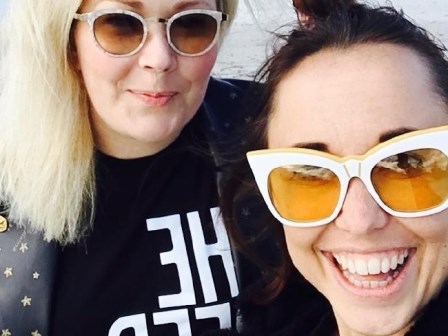 Shannon Fox (B. Media 2008) has cystic fibrosis and was given a year to live. She had faced the illness since childhood, but by age 28, time was running out. Accepting that a double lung transplant was a final chance a life, Shannon allowed her classmate, Dominique Pratt (B. Arts 2007), to begin filming her story. The resulting work, entitled ‘Coming up for air’ was created as part of Doco 180. Doco 180 is a partnership between whimn.com.au and Screen Australia. The goal is simple: To challenge female filmmakers to get viewers to 'do a 180' on an issue affecting women in only 180 seconds. Although fairly distant while at Murdoch, the two connected through social media and within a couple of months had become close friends. After many conversations they agreed to make this important work. Filmed over three years, the story charts Shannon contemplating mortality, the operation and the slow road back to a healthy life. (You can see the film here.) Now embarking on promotional work, the two kindly took five minutes to answer some questions about their experience. 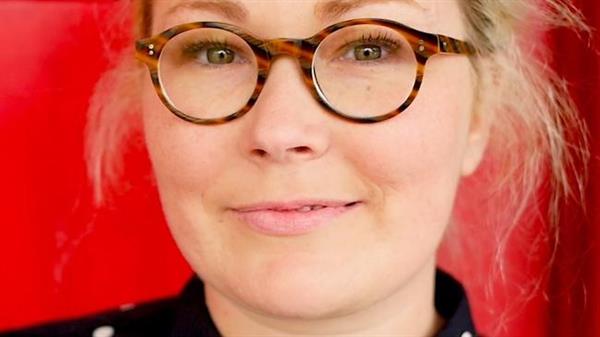 You describe the dramatic physical changes that you have had to face. Do you feel you a difference in your character too since the operation?

I think I’ve always been quite empathetic, but it seems more conscious now. Having such a traumatic experience really opens you up to other people’s experiences too. It gives you more perspective on what’s important in life, and for me, it comes down to relationships. People have been so kind to me during the whole process. I honestly never knew I had so many friends who cared. It’s nice, that feeling that people care, and now I want to pay it forward. Little things, like turning up to people’s events, or sending them check in messages, or taking some time to write a letter – just being a more considerate person in general. I have been guilty of getting caught up in my own world, especially when I was sick, so it’s nice now I have a few more hours in my day to invest in my friendships and my family. On the flipside, I probably get impatient easily. I am hyper aware of time now. I worry that mine is running out, even after the transplant, so I am always in a hurry to do things.

What has been your best day since the transplant?

About nine months after my transplant, I was sitting at a runway in New York for Fashion Week and I had to pinch myself. It was like a dream. Being in NYC itself, being at an international runway, and just being alive - I was overcome with emotion. There were photographers, celebrities, goody bags – the whole deal. My friend and I took about a million photos, and even got papped ourselves! It all felt worthwhile to have that experience. 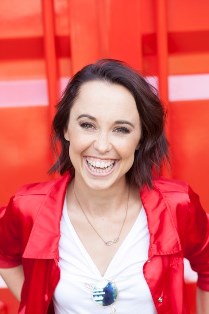 How did you convince Shannon to go public and tell her story?

I don’t think it was a matter of convincing really, Shannon was always very open to the idea and it was about making sure we both had trust in each other and in that process we became best buddies. I think it’s always a good idea to tell stories like Shannon’s because you never know who it can help and inspire.

Was it difficult to decide what to include in the final, three-minute edit?

Yes. I had been filming Shannon for around three years at that point, so how on earth do you fit three years into three minutes? I just had to stay true to what Doco 180 was about, which was aiming to change peoples’ minds on a topic in 180 seconds and the topic I tackled was organ donation. So I focused on Shannon’s transformation and how incredible post-surgery life has been. In the end I just had to choose what worked best for the film, and what would help tell her story in the best possible way. How did you navigate the tricky tightrope between friend/filmmaker and did it get easier as the process went along? I think being a friend and a filmmaker made the whole experience quite amazing. We were able to share a good laugh together and go on the ride together. Personally, at times, it was hard for me to not step in as a friend, when all I wanted to do was give Shannon a hug when she was having a hard time. However, as time went on, Shannon got very used to the camera and it was quite a natural process.

Questions for Shannon and Dominique

In what ways would you say you two are similar?

D: I’d say we are similar in the sense that we both have a huge passion for media and storytelling. We both love the same music and lead a similar lifestyle. It’s interesting to think that back in our university days we were so competitive and jealous of each other and it just shows you, never be jealous, never judge… because now, through this story, we’ve both gained a mate for life! S: Our similarities are probably what got in the way of us from liking each other initially – we are both pretty competitive! Back at university and in the years after, I think the jealousy I felt about Dom’s success was really admiration (through green coloured glasses). We’re both quite driven and self-motivated. We’ve both had some tough life experiences. Plus, we both love music, the ultimate leveler.

Are you planning on continuing to film together?

D: I think Shannon has such an interesting outlook on life that it would be hard not to follow up on her journey. I’m really keen to get some of her bucket list items ticked off to show others that your life doesn’t have to be dictated by an illness. There’s also so much more to her story, more than I could tell in three minutes and I would love to share that with the world one day. S: I really hope so. I would love to see a full length version of the documentary released. I’m also really keen to follow up with a series where we tick of some of my bucket list items. I think we would have a lot of fun making it, but moreover, I think it would give transplant recipients and those awaiting transplant some hope and inspiration.

D: It’s been so fun! I love it. We’re both experienced in the media world so we really enjoyed the whole process, especially doing interviews together, that was fun. S: We both have the benefit of broadcast backgrounds, so the media element was pretty comfortable. I’ve loved doing interviews together, they inevitably end up in some sort of mutual appreciation/cuddle puddle which is so funny!

What do you hope people take away after seeing the film?

D: I really hope ‘Coming Up for Air’ shows people that through adversity comes strength, through storytelling comes inspiration and through change comes power in oneself. If just one person sees the documentary and it has some sort of impact on them, I’m happy. I want it to open people’s eyes to the world of organ donation. I want it to help and inspire those that are perhaps in similar situations to Shannon and to show them that there is light at the end of the tunnel and it is mighty bright. S: When I was considering whether or not to go ahead with my transplant, I wish I had seen something like this. I remember distinctly my physiotherapist telling me life would be so much better afterwards, but I found it hard to believe. To have seen someone living life and having adventures post-transplant would have been really encouraging. So, I hope it encourages people not to give up.