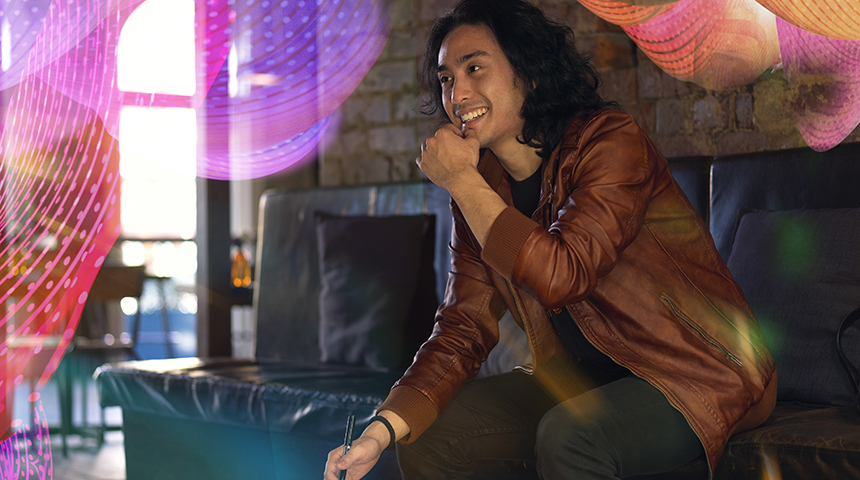 What kind of thinking does it take to push the boundaries of interactive storytelling?

It’s the kind of thinking that turns drawings into scenes within our favourite video games and knows how fulfilling it is to experience a vision becoming reality – virtual or otherwise. The people who embrace this type of thinking are often the ones who, despite what the rest of the crowd are doing, forge their own path and create something memorable for the next generation of creative thinkers to discover.

Daniel is one of those people.

Currently studying Games Art and Design, with a double major in Sound, Daniel always knew he wanted to work in a creative field.

“When I was in primary school, I had a soft spot for art. Whether it was drama, drawing or music, I found I gravitated towards these subjects. I was pretty lucky to realise early on that I wanted to do something with games or film.”

“In high school I started noticing more of the artistry behind making games and how much work it takes, especially because the industry is getting bigger and bigger. We’re not just limited to three pixels anymore.”

Finding the inspiration to push forward

Armed with a passion for games and a healthy dose of curiosity, Daniel found himself at a Murdoch Open Day speaking with industry heavyweight, Brad Power.

“When I went to Open Day in 2013, there was a lot going on with plenty of activities. When I walked into the Games Art lab I met Brad Power, one of the lecturers. He was very approachable and had a strong passion for games, and everything he said reaffirmed my belief that I wanted to come to Murdoch and study Games Art and Design. He’s also really funny!”

“Murdoch also has some amazing facilities and technology to offer. For example, we have various Wacom devices here, and even Virtual Reality equipment such as the HTC Vive and the Oculus Rift. My personal favourite, however, is the Wacom CINTIQ – a device that allows you to draw directly onto the screen instead of using a mouse. Before I joined Uni I didn’t even know that existed.” 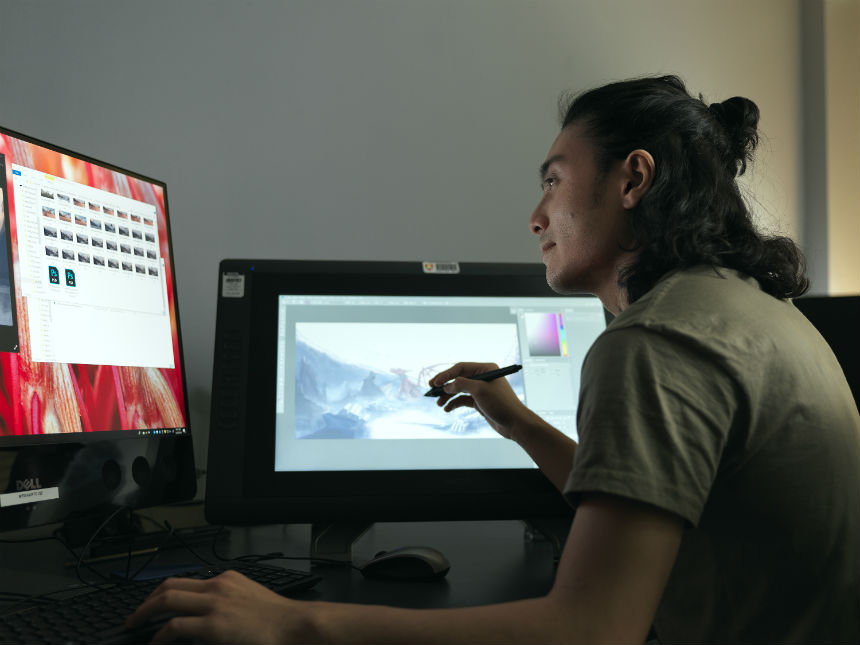 Stepping out of comfort zones and into success

University is different to high school in many ways, largely because it’s more flexible. Whether you want to study a second major or jump on a plane and experience another culture, your university experience is what you make it.

“I feel that Murdoch really helps to shape you as a person. They encourage you to think for yourself through teaching lifelong skills such as independent learning and effective time management. I think that fostering that sense of individuality is really special.”

Daniel had a goal of stepping out of his comfort zone and completing a semester abroad. By the end of his second year, he’d done it.

Going to Austria has been a highlight. The friendships we made there make me think about the world a lot more than I normally would. I also saw snow for the first time over there. It was incredible because it began snowing overnight, and when I woke it covered the entire landscape.”

“I drew in high school but never took any Visual Art classes, so going to University was very beneficial because it taught me a lot of art fundamentals and introduced me to digital painting. I saw a lot of possibilities with what we were doing in class and with the technology we have here.”

“There was one painting I did in my second year, which is an illustration of a dragon. The idea I was going for was about the stillness, calmness and eeriness after a big battle. The idea evolved over the whole semester and by the end of it, I felt really confident using Photoshop. I was really proud of the piece and it was more of a gateway into digital painting.”

When we enjoy what we’re doing, it often comes through in our work so it’s no surprise that Daniel can add a Vice Chancellor’s Commendation for Academic Excellence award to his list of achievements. Drawing enjoyment from other areas of his uni experience, Daniel is also a student mentor.

“I love mentoring first year students through the volunteering program and I find the experience extremely rewarding. It’s cool to be surrounded by people who are equally as passionate as me about games and art.” 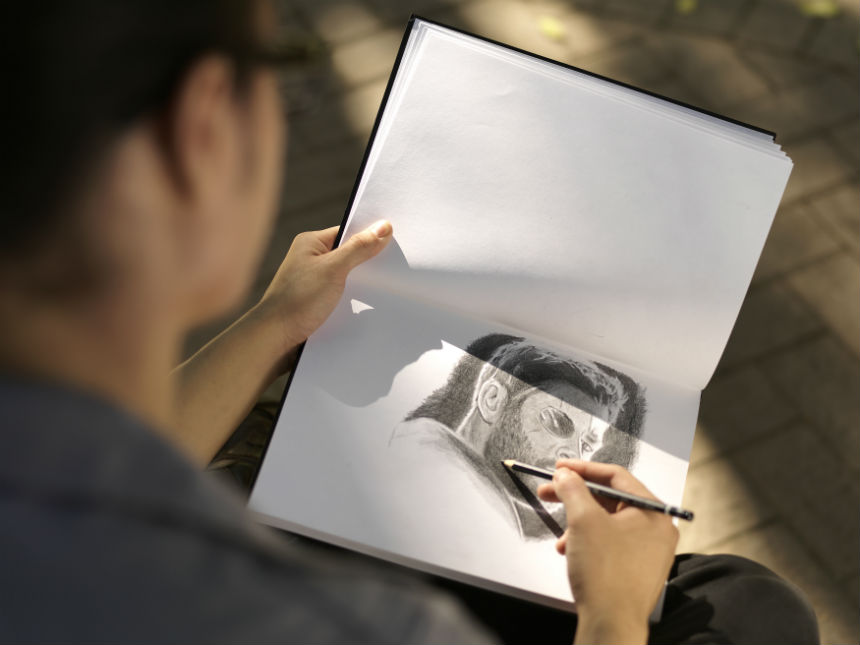 But can I get a job playing video games?

If, like Daniel, you’re willing to think for yourself and put your ideas into action, you can.

“There are a lot of skills and disciplines that go into the artistry and craft of games, such as sound design, concept art, 3D modelling, and animation. There are also a lot of people who study fine arts who actually go into games, and many great working artists out there who I look up to.”

“However, I’ve realised that the skills we’re learning here aren’t just applicable to the games industry. Currently, there are many different avenues utilising 3D models and animation skills. The mining industry is one example through training videos and workplace simulations, but there’s also a lot going on in the medical field as well.

So if you have a passion for something, a goal or a vision that might seem farfetched, put those doubts and fears aside and give it a go.

“Don’t worry about anybody else, because only you know what makes you happy. You might not even know what you want right now, and that’s ok. There are definitely things to get you there. It’s all part of the journey. Be brave, go for it.”
Series: