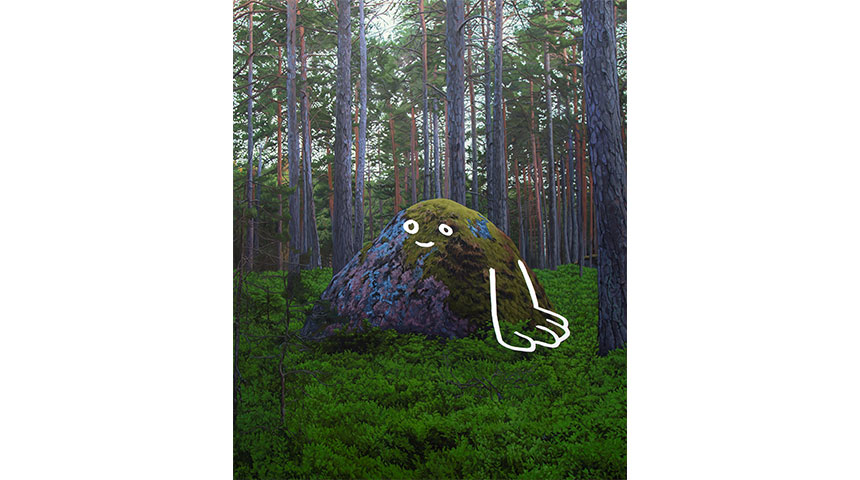 Murdoch University Art Collection is thrilled to expand its representation of Australian contemporary art through the acquisition of a thought-provoking painting by renowned young artist, Abdul Abdullah.

The Perth born (1986), Sydney-based artist has been a finalist several times in the prestigious Archibald, Wynne and Sulman Prizes at the Art Gallery of NSW. He creates provocative works that make political statements and query identity, exam being a Muslim in Australia, and spotlight the themes of alienation and othering.

The acquisition, titled A Return, is an oil painting depicting a boulder in a state of repose, lying in the heart of a lush forest. One visible arm is straightened a little behind them to support their imagined resting position.

A Return is from a recent painting series the artist has created, which embody his mission to make challenging works that encourage critical thinking.

“In my ongoing painting series of anthropomorphised rocks, I have explored the anxieties and emotions we experience as individuals. These are moments of stress, joy, or self-reflection that while experienced in moments of isolation, are broadly relatable, and can be understood and engaged with as shared, communal experiences.

Having their genesis in the beginnings of the Covid-19 pandemic, in a time of separation and isolation in our communities, these rocky sentinels reflected an introspective societal concern. While not necessarily adhering directly with the unfolding story of borders and quarantine, this most recent iteration focuses on new beginnings and reunions.

In my 2022 series, each rock greets or reflects on someone or something that they are reacquainting themselves with after a period of departure. I like to imagine the rocks have existed for a very long time, and we are only just discovering them. In addition to this, they have been waiting for us and are pleased to see us. For me, this rock is waiting on your return, thinking peaceful thoughts and the audience is left to observe them before announcing themselves as arrived,” said Abdul.

Abdul Abdullah is an Australian multidisciplinary artist, the younger brother of Abdul-Rahman Abdullah whose sculptural work also features in Murdoch University’s Art Collection. In 2011 Abdullah won the Blake Prize for Human Justice, for his photographic self-portrait entitled Them and Us of himself and his brother, for which he especially got a tattoo of the Southern Cross placed around an Islamic crescent moon and star. This photograph is represented in Murdoch University Art Collection. The two brothers often exhibit together and were shortlisted to represent Australia at the 2019 Venice Biennale. 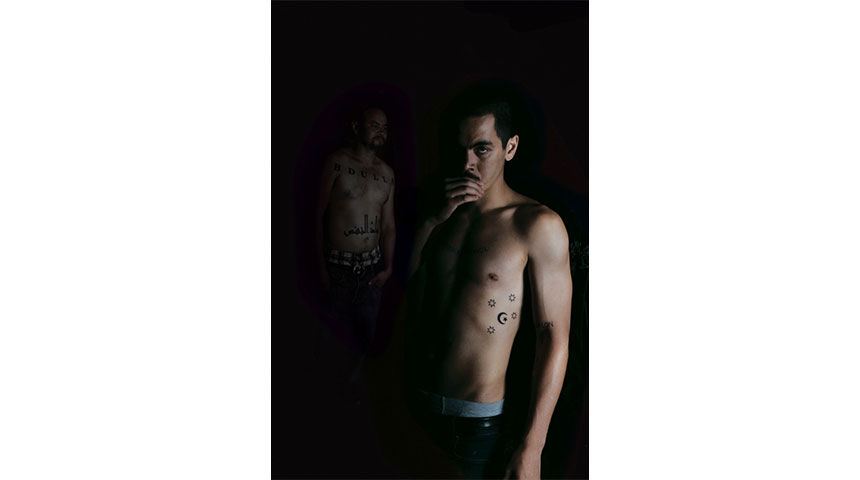 Seeing himself as an "outsider amongst outsiders", as a Muslim with Australian/Malay heritage, Abdul Abdullah engages with and depicts the experience of " the other” in society. He has worked with various marginalised minority groups and has a special interest in how young Australian Muslims experience multiculturalism in Australia. He does not attempt to address specifics of the religion, but instead examines the experience of displacement and alienation which come with migration (to countries in which Muslims are in the minority).

“Viewers will be immediately attracted to this humorous, and inquisitive painting - the marvellously clumsy disjointedness between the caricatured smiley figure on the rock and the incredible, almost photo-realist quality of the painted landscape. Apart from the incredible visual imagery, I believe viewers will embrace, and perhaps relate to, the post-Covid narrative of “A Return” which seems so fitting as our community returns to study and work on campus,” he said.

Images courtesy of the artist and Yavuz Gallery, Sydney