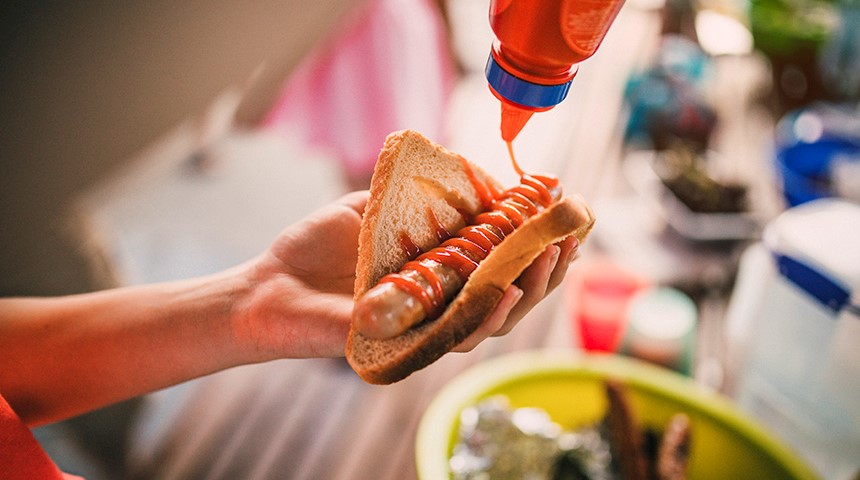 When it comes to Australia there’s no shortage of new things to see and do. From glorious road-trips to nature hikes and surfing, your backyard is quite literally your playground.

With so much to experience, it can be hard to narrow down a bucket list of must-dos to tick off during your time studying at Murdoch University.

To get your list started, we have put together a list of five things you must try during your time in Western Australia.

Test your tastebuds with Vegemite

Vegemite has become an iconic Australian food most commonly used as a spread on toast or in sandwiches. Although popular among Australians, the love for vegemite is certainly an acquired taste not suited to everyone!

The dark brown paste is made from various vegetables, yeast extract and spice additives, and is a bit like marmite in the UK which is also famous for its divisive nature.

Vegemite has been the inspiration for many new snack creations such as Vegemite-cheese sandwiches, Vegemite and avocado on toast and Vegemite scrolls.

Give it a go – even if you don’t like it, you can at least say you’ve tried it!

Virtually every Australian town has its own neighbourhood bakery. Traditionally, this is where the locals would get their treats like meat pies and lamingtons, alongside various kinds of bread, pastry and cake.

In recent years, however, the Aussie bakery has transformed into an artisan destination for unusual flavour combinations, including the iconic smashed avo on toast. This is an avocado mashed into a thick paste, topped on toast and often served with eggs.

If you’re going on a road-trip, call in to one of the regional bakeries along the way to get your hands on a meat pie. Unlike pies in most countries, the Aussie pie is a savoury pie with crunchy, golden pastry that’s filled with minced meat and gravy. You can choose to have it with tomato or barbeque sauce, but it is also just as tasty on its own.

Enjoy a Tim Tam or two

This much-loved chocolate biscuit is made up of two layers of chocolate-malted biscuit, separated by a light chocolate filling and coated in melted chocolate. In addition to the traditional chocolate flavour, there are now an array of different Tim Tam flavours to choose from including chocolate, vanilla and strawberry, or something a little more exciting such as red velvet or salted caramel.

Another trick to these much-loved biscuits is called the ‘Tim Tam Slam’, which includes biting off opposite corners of the biscuit, dunking it in tea or coffee, sucking the drink up through the corners and then eating the biscuit before it disintegrates.

Have an Aussie BBQ

When you think of Australia you might think of surfing, nice weather, kangaroos and, of course, barbecues. A typical Aussie barbecue includes sausages, burgers, steak, fresh seafood, bread and tomato or barbecue sauce. A barbeque can often include salad but it’s mainly about the meat and fish.

Australians will literally have a barbeque anywhere, you can even organise to have one at the Murdoch Village on-campus accommodation. One iconic way to enjoy a barbecue is after a long day soaking up the sun at one of Perth’s pristine beaches. Local councils provide barbeques for the general public to use at popular tourist spots like beaches and parks – just make sure to clean up after yourself.

During your time in Western Australia you’ll notice that one of the most popular sports to follow is the Australian Football League (AFL). This is a football game where two opposing teams try to score the most points.

For a great Aussie AFL experience, you can head to Optus Stadium, which is a 20-minute drive or train ride from Murdoch University. Here you can soak up the atmosphere of the crowd, enjoy some refreshing drinks and even an Aussie meat pie.

Don’t forget to wear the colours of one of the teams to show your support! The West Australian teams are the Fremantle Dockers (purple) and the West Coast Eagles (blue and gold).

You can also enjoy AFL outside of Optus Stadium by watching it on TV at home, or by heading out to a local venue that airs AFL matches on TV. You can make an afternoon of it by rounding up your mates and exploring many other great things to do in Perth.

Ready to take on your next big adventure? Learn more about becoming a student at Murdoch University, one of the top 100 universities in the world under 50.
Series: