Avishek Malla: Delivering solar energy to the most remote parts of Nepal 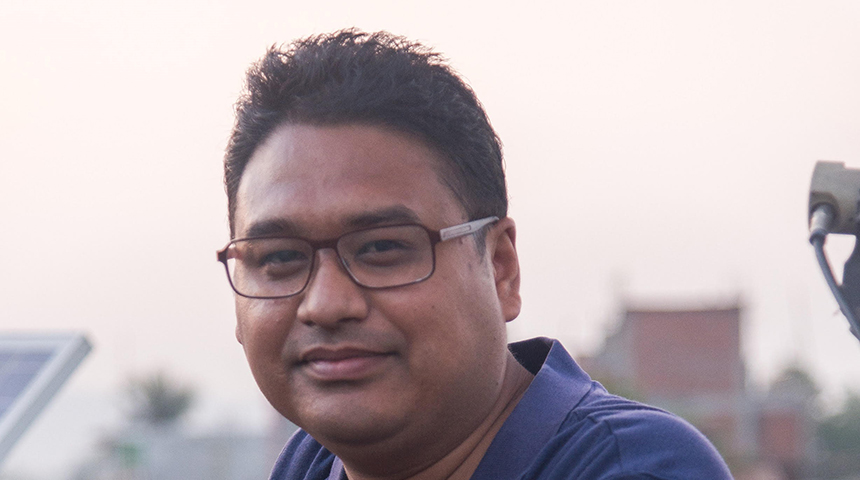 Since graduating from Murdoch University Avishek has pioneered the development of solar energy in Nepal and led the delivery of power to rural and remote Nepalese communities.

After graduating in 2005 with a degree in mechanical engineering, Avishek was awarded a gold medal for academic excellence from the then king of Nepal, accompanied by a script with these life-changing words.

Inspired to turn down a corporate role, Avishek began work in Humla, one of the most remote districts of Nepal. On the border of Tibet in the most northern reaches of the country, Humla is made up of several remote villages amongst the Himalayas.

Only accessible on foot or by light aircraft, many areas of Humla never have had power connected by utility companies. It was here that Avishek began to realise the impact that renewable energy could have on the lives of people in remote Nepal.

“I realised this technology is really important in the context of Nepal, because these areas would never get power or electricity from the utilities. Renewable energy will play a very big role in changing and improving the livelihoods of the people.”

Avishek then embarked on a journey to bring the Nepalese script to life, dedicating his work to enabling people to access renewable energy technology to power their lives.

In 2008, Avishek was awarded an Australia Award Endeavor Scholarship to study a Master in Renewable and Sustainable Energy at Murdoch. Here, Avishek was exposed to the applications of solar energy in remote areas, learning from local case studies.

“Solar applications had been widely used to power remote Australian communities which was new learning for me as Nepal at the time was only using small solar units. I was privileged to gain this knowledge from professors and lecturers who had many years of experience in the field.

“The most important lesson my professors taught me at Murdoch was a holistic approach towards implementing any project. We need to understand and integrate four pillars – technical, social, environmental, and political and economic aspects. This has been my main mantra and approach to any work or project I am involved with.”

After graduating from Murdoch, Avishek returned to Nepal to set up an international social enterprise designed to provide affordable solar technology to people in both cities and remote areas.

As the CEO of Sunfarmer, Avishek is leading a team who have implemented over 1,600 solar energy projects for hospitals, some of which have only ever had 15 hours of power a day, schools in local communities, government buildings, farms and water and sanitation facilities.

“The technology [solar] has been there for ages, but there's not a mass adoption of the technology because the capital cost is very high.

“It’s really important to focus on how we can simplify the delivery mechanism, so people have access to the technology."

Avishek is also working with local banks to ensure finance for the projects they deliver to communities, schools, hospitals and businesses across Nepal.

“When we started there was no solar financing in the sector and now the commercial banks have started solar financing, it has been amazing to see this change and be a part of the journey.”

“I saw the opportunity for Nepal, because more than 50% of our agricultural land does not have access to irrigation, and the communities that live there don’t have clean drinking water – it is a huge problem in the mid hills.

“By early 2019, we were able to help irrigate over 200 hectares of agriculture land, and supply clean drinking water to over 10,000 people.”

Through Sunfarmer, Avishek is continuing to bring renewable energy to the people of Nepal, improving thousands of lives in remote and rural areas.

Are you ready to follow in Avishek's footsteps and shape a more sustainable future? Find out more about Murdoch’s renewable energy courses.
Series: