Murdoch University researchers have delivered a new cultivar of French Serradella that is set to increase the sustainability of Wheatbelt crop-pasture rotations and lower the carbon footprint of cropping by as much as 50 percent.

The Wheatbelt is the source for nearly two-thirds of Western Australia's wheat production. However, as climate change makes farming the region more challenging each year, scientists are working to evolve crops for the conditions.

Associate Professor Bradley Nutt is at the forefront of that work, having reverse-engineered a new cultivar, named Fran2o, by selecting and cross breeding for the hard seed and early maturity characteristics required to thrive.

Farmers will be able to use the unique hard seed breakdown patterns of the pasture legume to sow seed in summer, when machinery and labour are available, after which the autumn rains germinate the plants to maximise nitrogen fixation and production through winter.

In a world first, the high productivity of Fran2o replaces the need for fertiliser nitrogen application in the subsequent cereal crop," Dr Nutt said.

“Following extensive independent testing here in WA and in the eastern states, we’re very happy to now be releasing the new cultivar for use."

It's anticipated that Fran2o will be sown on over one million hectares in WA by 2030, with a similar area under cultivation in eastern Australia.

The new cultivar was evaluated during 2019 in Western Australia, South Australia, Victoria and New South Wales' low to medium rainfall environments, co-ordinated by Dr Ron Yates. This was completed as part of the Dryland Legume Pasture Systems farming systems program. 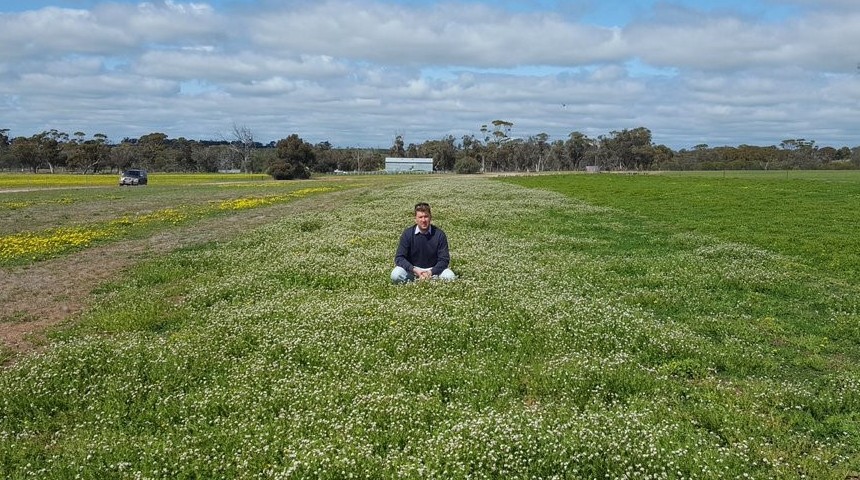 “Fran2o showed remarkable productivity, even in extremely difficult years in both WA and NSW," Dr Yates said. “Feed production was above expectations and we are currently assessing the amount of residual nitrogen left in the soil from those Fran2o residues.

“Our hypothesis is that Fran2o residues, above and below ground, can provide most of the nitrogen requirements for following cereal crops."

Fran2o was officially launched by the Minister for Agriculture and Food, Alannah MacTiernan, at a gala dinner at Murdoch University campus on March 9, 2020.

“Given that serradella is worth more than $100 million annually to agriculture in Australia, this is a long overdue breeding initiative that will give some security to breeding activities for the aerial seeding group of pasture legumes,” Professor Howieson said.

He estimates that rotating a crop with Fran2o would lower the carbon footprint of cropping by as much as 50%.

This is the latest in a line of cultivars developed by Murdoch researchers and their colleagues. The name "Fran2o" was chosen by Associate Professor Nutt to recognise the late Dr Clive Francis, who inspired many of the current generation of WA pasture research scientists.


Learn more about the research of the Food Futures Institute.
Posted on:

Taking a One Health approach to animal diseases