Murdoch researchers are redesigning health care for Aboriginal people. The results may radically improve life outcomes for many.

Healthy mothers, on the whole, give birth to healthy children.  And healthy mothers are supported physically and mentally by not only their communities, but their health practitioners and the health systems they deliver.

But what happens when the health system, which has been designed as a ‘one size fits all’ approach, doesn’t fit?

Murdoch University’s Ngangk Yira Institute for Change, led by Professor Rhonda Marriott, has been working with Aboriginal communities throughout Western Australia to identify the needs of Aboriginal women giving birth in metropolitan and regional centres.

The project, ‘Birthing on Noongar Boodjar’, was conceived during a trip Rhonda took to Alice Springs in 2012 to discuss Australian country maternity services for Aboriginal women. The words Noongar Boodjar mean ‘the land that the Noongar people live on’, which is the south west corner of Western Australia.

Professor Marriott raised concerns that existing health care did not recognise potential issues and barriers faced by Aboriginal women in urban areas. After discussing with colleagues, including those in the Department of Health, the program was born.

“We had many objectives, some of which included identifying the cultural needs of women birthing in urban areas and recognising the gaps in service delivery. We asked, what do health care professionals and midwives need to know and do in order to better support these women?” she said.

“Above all, the program had to be translational and meaningful for the community as well as consultative, so that it would be relevant for the end user.

“Evidence has been collected from women who had given birth in urban areas and the findings concluded that the service delivery of maternal health systems and processes were not culturally competent, culturally sensitive or culturally secure,” she added.

After five years gathering evidence from Aboriginal and non-Aboriginal partners across the community and the health and higher education sectors to build on existing frameworks and standards, the team identified three recommendations.

“The incorporation of a Culturally Secure Maternity Services Pathway for Aboriginal Women, with culturally safe, competent and educated professionals will seek to promote trust, empathy and consistency of care.


The research also identified a critical gap in the training and recruitment of Aboriginal health care professionals.

“A scarcity of Aboriginal health workers has led to an urgent need to improve cultural awareness and competence of non-Aboriginal staff.  And more needs to be done to facilitate and foster opportunities for Aboriginal people to engage in educational pathways to health care.”

A second major priority for Professor Marriott and her team at Ngangk Yira is to better support the mental health of Aboriginal mothers after they give birth. This was the basis for another major research program aimed at delivering culturally sensitive health care.

Monitoring mental health is an important part of ante natal care, with the Edinburgh Postnatal Depression Scale usually used by health professionals to screen for symptoms of depression in new mothers. But how relevant is it for use in Aboriginal communities?

Jayne Kotz, a nurse practitioner, midwife, child health nurse and researcher at Ngangk Yira, identified the Edinburgh Postnatal Depression Scale as not culturally suitable for Aboriginal women. The screening questions are mostly skewed to non-indigenous women and therefore have no context.

The tool is being increasingly used with Aboriginal fathers too, yet there is no evidence that it is useful for in the Aboriginal population at all. 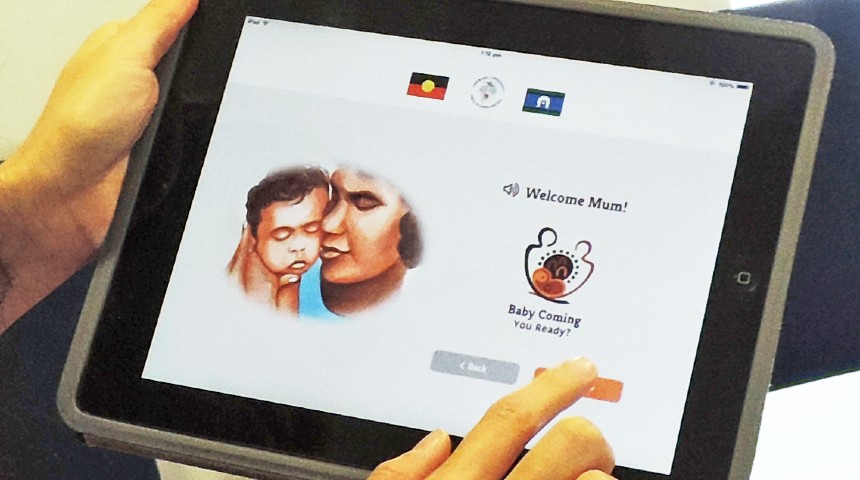 “Women need to be asked about their social and emotional health and wellbeing, but some of the questions in the Edinburgh Scale lacked meaning in different cultures, so I wondered whether the process is even relevant to Aboriginal women,” said Ms Kotz.

Consequently, Ms Kotz worked with members of Kimberley communities to co-design an alternative mental health assessment tool, called the Kimberley Mums Mood Scale (KMMS). This tool is better suited to the needs of Aboriginal mothers and as the community had input into the content, it has been adopted much more readily. The use of this tool has now been extended to the Pilbara.

Through her consultation with Kimberley communities, the health care community and her work on the KMMS, Ms Kotz identified many gaps throughout the peri- and ante-natal process for women living in the Kimberley.

She hypothesised that a similar but different approach would be an important consideration for Aboriginal women on Whadjuk Boodjar, with a co-design process with Whadjuk Elders and senior women. Importantly, this research included input from mothers and fathers – fathers being equally important in the wellbeing of mothers, infants and families.

This is where ‘Baby Coming – You Ready?’ was conceptualised – a digital tool designed to enhance the way clinicians engage with Aboriginal women and develop rapport and trust.

“It draws on usual practice in Aboriginal communities, including storytelling and relationship building. It enables women to own their story, tell it their way and retain the record so they don’t have to tell it again and again to various practitioners throughout their pregnancy journey. Parents can identify what their strengths are and what they need support with,” said Ms Kotz.

“During pregnancy women are asked a lot of questions, and this platform captures all the answers. They’re screened for smoking and alcohol intake, family and domestic violence, as well as their general pregnancy health. It also seeks to record any social issues that the woman may be having in the community.” 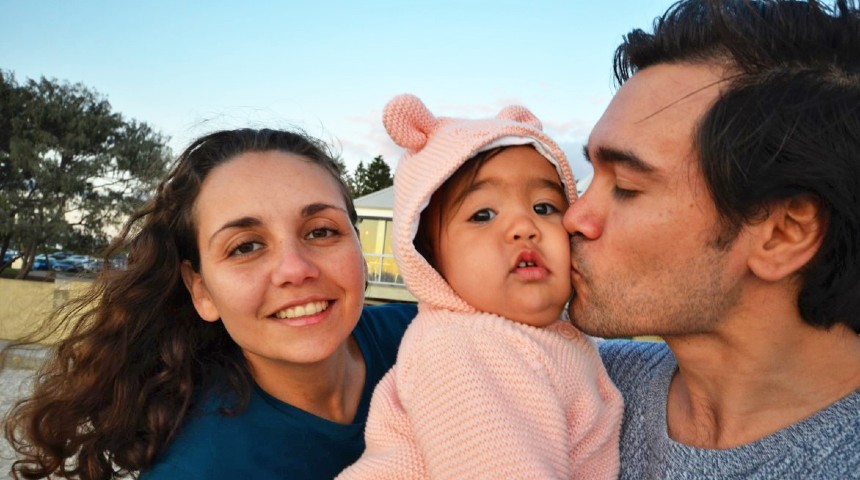 Image caption: One of the families involved in the Baby Coming - You Ready? project. Image credit: Jayne Kotz

Taking it to key communities

Now, after four years of significant co-design and development, ‘Baby Coming - You Ready?’ is about to move to a pilot phase in the metropolitan area and the Wheatbelt.

“The pilot seeks to determine how readily the tool is accepted by clinicians and the women and their partners. Some changes will need to be accommodated by services, including incorporating an additional session to deliver the consultation and establishing strong relevant referral pathways,” said Ms Kotz.

“We then go to a WA trial.  We’re keen to work in the Goldfields, which is an area which doesn’t get a lot of research input.  It’s a region which stretches all the way to the border, and women who come in from far and wide, some of whom English is not just their second language, but maybe their third or fourth.

“WA Health and the primary health sector are keenly anticipating the outcomes as they  recognise it’s simply not only about analysing Aboriginal women’s mental health, but also about educating health care professionals on how to better build bridges between health care and the Aboriginal communities as a whole,” she added.

“Our ultimate goal is to see an increased number of ante natal visits, changes in health behaviour, babies born with increased birth weight and babies born closer to when they’re supposed to be born.”

These two projects, Birthing on Noongar Boodjar and Baby Coming – You Ready?, are reimagining health care for Aboriginal people. Given the strong link between the health of babies and the health of their parents, they could radically change the life outcomes of many.

This research supports the United Nations Sustainable Development Goal 3 and 10.