Wongi mi bardup - doing it our way.
Together, we have the solutions.

We acknowledge the Whadjuk people of the Noongar Nation as the traditional custodians of the land on which Murdoch University stands and pay respect to Elders past, present and future.

We recognize the long history of Aboriginal and Torres Strait Islander peoples across Australia. In doing this, we acknowledge that the past is not just the past but continues to impact on the present and the future.

Until Ngangk Yira, nobody has ever asked us before.Aunty Marie Taylor and Aunty Millie Penny

Ngangk Yira is committed to maintaining the highest standards of cultural integrity by ensuring Aboriginal people remain the heart of our Institute. We promote consistent and authentic knowledge exchange led by Elders; communicated across and outside the University to researchers, partners and stakeholders. In this, we facilitate discussion and innovation which prioritises application of Aboriginal knowledge to achieve culturally informed concepts, ideas and solutions which support and advance the oldest continuous living cultures in the world.

There is a growing and urgent need to listen to and empower Aboriginal people and address social inequity. Our health and human services systems need to be culturally safe and change is not happening fast enough.Professor Fiona Stanley AC

We are focussed on research that benefits Aboriginal people and communities, honours self-determination and provides an enduring legacy.

Our research is determined through a partnership between Elders, community stakeholders, Aboriginal and non-Aboriginal researchers and focuses on complex issues in Aboriginal health and the achievement of social equity.

News from the Institute

The Ngangk Yira Institute for Change takes a connected approach from pregnancy, through childhood and across the course of life.

Regularly yarning with the Elders Council members and drawing on their wisdom means that Ngangk Yira can confidently engage with the full range of stakeholders required to undertake authentic research.

By working together, we can influence the future by addressing topics of priority and developing the evidence, knowledge and solutions that bring changes to the services and systems that serve Aboriginal communities.

The design of the research is guided by the Elders Council and an experienced team of researchers led by Professor Rhonda Marriott AM, the Ngangk Yira Advisory Board and Kaadaninny Aboriginal Advisory Committee.

This culturally appropriate method of consultation underpins our commitment to changing what can be changed to transform the future life trajectories of generations to come.

Image on the left is Ngark Boodja mural, curated by Aunty Millie Penny. 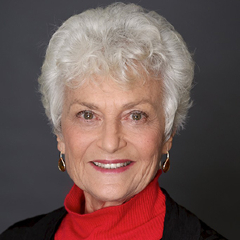 Her major contribution has been to establish the Telethon Kids Institute (formerly the Telethon Institute for Child Health Research) and the Australian Research Alliance for Children and Youth.

Fiona continues to be an outspoken advocate for health systems improvements to benefit the health and wellbeing of Aboriginal and Torres Strait Islander people. 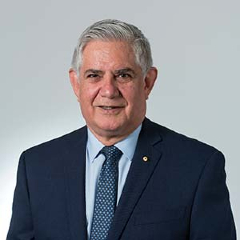 Ken Wyatt is a proud Noongar, Yamatji and Wongi man and was the first Aboriginal Member of the House of Representatives, serving as the Federal Member for Hasluck from 2010 - 2022.

Ken previously worked in health and education including as District Director for the Swan Education District, and Director of Aboriginal Health (NSW and WA).

He was awarded the Order of Australia in 1996.

The words Ngangk Yira and the artwork Conception represent our enduring commitment to undertake: