The Harry Butler Institute’s Centre for Sustainable Aquatic Ecosystems at Murdoch University has released a study on how environmental temperature is directly affecting aquatic wildlife saying the implications of the findings are concerning.

Lead author of the study Karissa Lear said temperature is one of the most influential drivers of physiological performance and behaviour in ectotherms – animals which depend mainly on external sources for the regulation of their body temperature.

“Ectotherms will experience increasing body temperatures as a result of climate change and our study was undertaken to determine how this will impact sharks and sawfishes,” Ms Lear said.

“What the findings show is that young animals in confined habitats, including many juvenile sharks and rays within nursery habitats, are likely to experience a reduction of performance in a warming climate.

The implications of this include reduced response to predator avoidance and a general reduced chance of survival.

This could have global implications on shark numbers in changing climates.”

Ms Lear said the research team studied 252 individuals from eight different elasmobranch species (animals which have a skeleton made of cartilage, rather than bone), including blacktip, tiger, sandbar, lemon, nurse, and bull sharks, and smalltooth sawfish which were studied in the Atlantic. Bull sharks and freshwater sawfish in Western Australia’s Kimberley region were also studied.

Ms Lear said each shark was tagged with acceleration sensors, similar to fit-bits, to measure how changing body temperatures influence the ‘fitness’ of species. 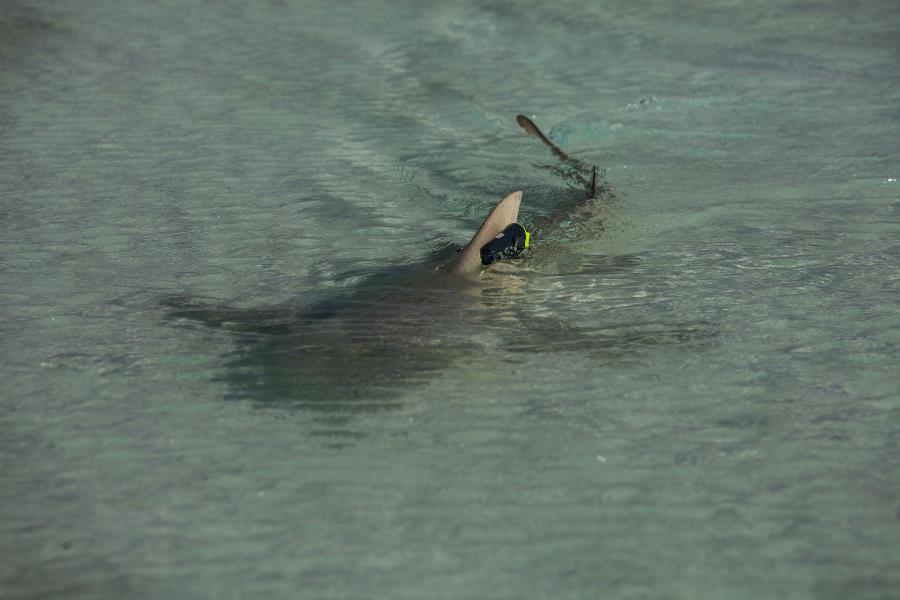 “Using this method of data capture offers the opportunity to quantify thermal performance in species that are difficult to maintain and study in the laboratory, including many large-bodied or endangered elasmobranchs.”

“Conversely, larger animals that are not confined to specific nursery habitats have much more freedom to move to areas with preferred temperature characteristics and are therefore less likely to suffer the consequences of extreme temperatures.

“Changing temperatures however may lead to other coping mechanisms such as geographical range shifts where the species may move to cooler locations outside where their range used to be,” said Dr Gleiss.

For baby sharks confined to nurseries, future temperature rises may mean reduced chances of survival, unless mothers will shift the places where they pup their young to cooler regions."

The study was an international collaboration with the following:

Learning from the experiences of Indigenous students

Finding the cause of multiple sclerosis