One hundred and sixty threatened Carter’s Freshwater Mussels have been safely relocated to the Vasse River after their health and habitat were temporarily compromised by a new bridge development in Busselton City.

Dr Stephen Beatty from the Centre for Sustainable Aquatic Ecosystems (CSAE) at Murdoch University’s Harry Butler Institute is leading the relocation project to prevent the local mussel population being impacted by the development.

“The City of Busselton engaged us soon after they identified the new Vasse River road bridge that forms part of the City Centre Eastern Link project could potentially impact the safety of the local mussel population’s habitat,” said Dr Beatty.

“We are excited to demonstrate what a successful relocation looks like after housing and conserving the species for more than six months.” 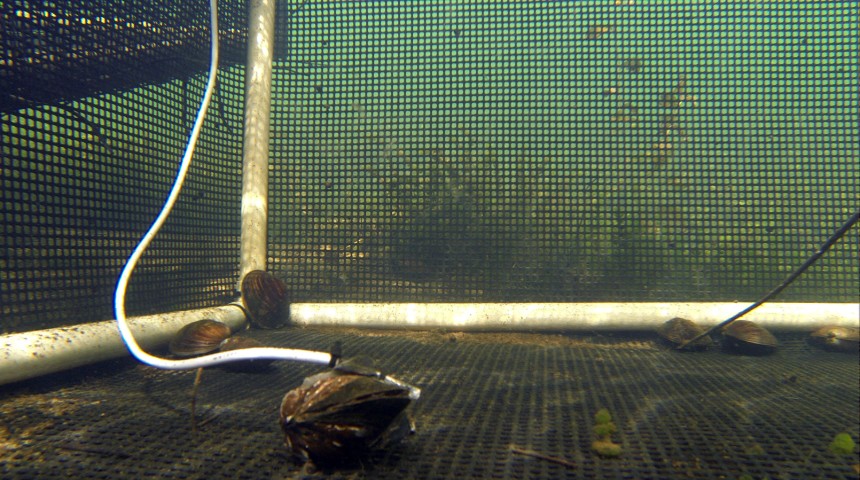 “The project has been a collaborative effort across the board from partnering with Iluka Resources Limited to identify a suitable host wetland at the Capel rehabilitation site through to working with Ottelia Ecology to undertake the relocation and on-ground monitoring,” said Dr Beatty.

Dr Beatty explained freshwater mussels play an important role in maintaining our aquatic ecosystems, especially in the south-west region of Western Australia, by filtering water and creating liveable habitats for fish and other aquatic creatures.


Freshwater mussels have a fascinating lifecycle with their larvae ‘hitch-hiking’ on fish to help spread and maintain their populations on the bottom of rivers or lakes.

“Thankfully, all of the mussels have survived the relocation period. Each individual mussel will be tagged before being returned to appropriate habitats around the new bridge site in the Vasse River, where they can resume their role of filtering the water,” said Dr Beatty.

Ten mussels will remain at the Capel rehabilitation site to be studied over the next year to help guide future monitoring practices.


“We still have a lot to learn about the biology of Carter’s freshwater mussel. And, after seeing the success from the past six months, it presented a great and safe opportunity to learn more about their behaviour, so we can improve future monitoring programs,” said Dr Beatty.

The Carter’s Freshwater Mussel relocation project is a collaboration between Murdoch University researchers from the Harry Butler Institute and Ottelia Ecology, in partnership with Iluka Resources Limited with funding from the City of Busselton.


Learn more on research from the Harry Butler Institute
Posted on: