A Murdoch researcher has developed the first ever water quality technology using mussels and oysters to spy on conditions to help detect fish kills before they occur.

Like the canary in the coalmine, animals and ecosystems can give advanced warnings of an imbalance in our environment.

Fish kills are often the first visible signs of environmental stress in aquatic environments, alluding to larger problems that can impact plant and animal health as well as drinking water quality.

The project, coined ‘Project Spyvalve’, uses bivalves ­– shellfish like mussels and oysters – to spy on how human activity affects the health of aquatic ecosystems.

“Our valvometer technology uses a sensor attached to one shell and a magnet on the other. The sensor then reads the magnetic field around the bivalve and tells us when the shell is shut,” said Dr Cottingham.

“Bivalves are open 95% of the time and close quite infrequently. So, if we can see multiple bivalves in one area have shut for more than five minutes, it’s a clear sign there’s a problem.”

The first 14 ‘spies’ were deployed at the Cockburn Sounds mussel farm in March. The data collected from Project Spyvalve is live streamed to an app created by Dr Cottingham. 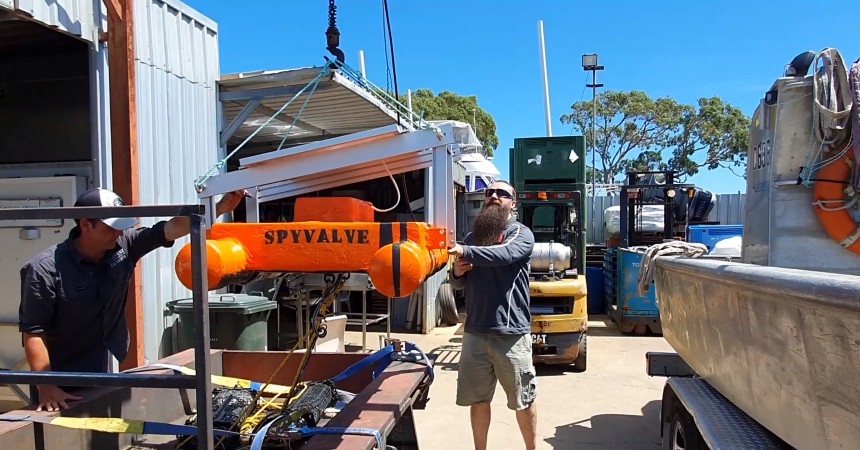 “This is a game-changer for monitoring water quality because it will allow us to identify a huge range of water quality problems in real-time, which has never been done before,” said Dr Cottingham.

Traditionally, aquatic ecosystems have been monitored by measuring water quality parameters and the values of those parameters used to infer the effect the water has on its fauna.

However, not only is it impossible to monitor all possible parameters that harm aquatic ecosystems, traditional water quality monitoring is often labour intensive and can be expensive.

Project Spyvalve skips the ‘middle-man’ and directly measures the response by the fauna.

“Currently, we have dissolved oxygen loggers out in the Swan River. These record the data reliably roughly for a week before biofouling occurs and you have to replace them.”


“As bivalves and the sensors are unaffected by biofouling, Project Spyvalve is a much more sustainable approach with low maintenance on our end.

“Otherwise, you have to replace the tech once a week which is wasteful and expensive.”

In addition to preventing fish kills, Dr Cottingham is using this tech to identify the best locations for shellfish reef restoration in the Swan-Canning and Peel-Harvey estuaries, projects funded by The Nature Conservancy.

Dr Cottingham hopes to use the research to better determine the effect of heat waves on coral reef communities, climate change on aquatic systems and better understand the amount of flow required to maintain ecosystem functioning in rivers.