Exmouth Gulf, an important refuge for humpback whale mothers to nurse their newborn calves, may no longer be the safe haven for them it once was, with planned development projects threatening to disrupt their activities.

A team of marine biologists led by Murdoch University Professor Lars Bejder, explored the behaviour of mother humpback whales and their calves in the Exmouth Gulf, as well as the potential impact that an increase in shipping traffic may have on them.

Using suction-cup tags and acoustic sound recording equipment, the research team studied the behavioural activities of pairs of nursing mother whales and their calves in the Exmouth Gulf, and compared them with the activities of whales in the Godthaabsfjord, Greenland – a popular feeding ground for humpbacks. 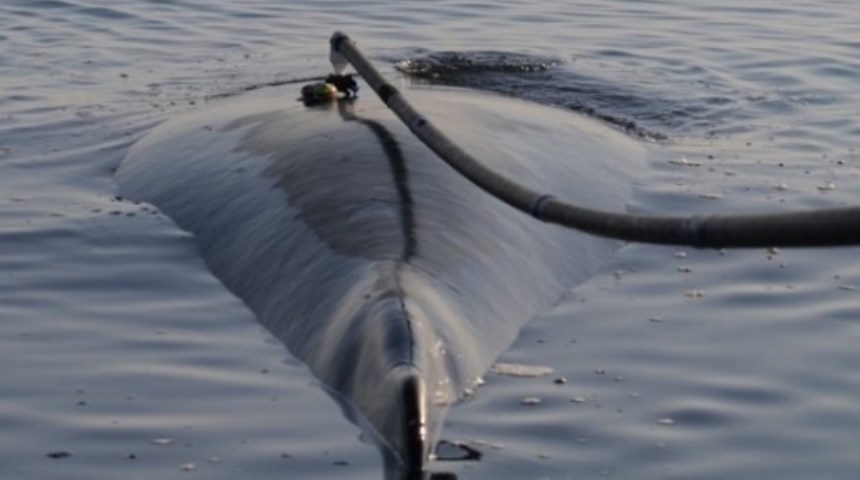 “Understanding the behaviour of humpback whale mother-calf pairs and the acoustic environment on their breeding grounds is fundamental to assessing the biological and ecological requirements needed to ensure a successful migration and survival of the young whale calves,” Professor Bejder said.

Outcomes of this research were published in the prestigious journal Scientific Reports on 25 January, co-authored by an international team of scientists led by Professor Bejder, now at the University of Hawaii at Manoa's Marine Mammal Research Program, and Professor Peter T. Madsen from Aarhus University in Denmark.

The researchers found that while in Exmouth Gulf, females with new-born calves minimise their energy expenditure in an effort to maximise milk energy transfer to the calf and maintain a healthy body weight ahead of an approximately 8,000 kilometre migration with their young to their Antarctic feeding grounds in the summer months.

“Unfortunately during this period of low energy expenditure, mothers and calves spend a considerable amount of time stationary at depth, out of sight of human observes, but still within the reach of commercial ship hulls, placing them in the danger zone of being struck by vessels,” Professor Bejder said.

With the area marked for commercial infrastructure expansion that includes dredging for a new causeway and increased shipping traffic, Professor Bejder said there were concerns that this activity could have an adverse impact on the whales at a stage of life when they are most vulnerable.

Through conducting the acoustic surveys, the team also found that the mother whales communicated with their calves using sounds at a similar sound frequency as some ships, meaning the noise generated by the vessels could potentially interfere with this vital communication.

“At present, the soundscape in Exmouth Gulf is dominated by biological sources from waves, snapping shrimp and other whales, however even a moderate increase in noise from vessels could decrease the communication range of the humpback whales,” Professor Madsen said.

Professor Madsen said a reduction in the speed of ships travelling in and out of this environmentally-significant area could mitigate the negative effect of shipping noise on the nursing whales and their calves, and reduce the potential for vessel strikes.

“In the case of Exmouth Gulf, it does seem prudent to explore how shipping lanes and development projects can overlap the least with preferred habitats of resting of humpback whale mothers and calves.”

How leaf-curling spiders pair up and build a family home