Global peatlands store more carbon than is naturally present in the atmosphere but are under pressure from drainage-based agriculture.

“We estimate that for every 10 centimeters we raise water levels in peatlands, we can reduce the net warming impact the equivalent of at least three tonnes of CO2 per hectare, per year,” says Professor Davey Jones of the Food Futures Institute.

“When you consider European peatland covers 51 million hectares alone, the impact of better managing these areas is significant.”

The research outlines that raising water levels further would continue to have a net cooling effect until the water table depth is within 10 centimetres of the surface of the peat. 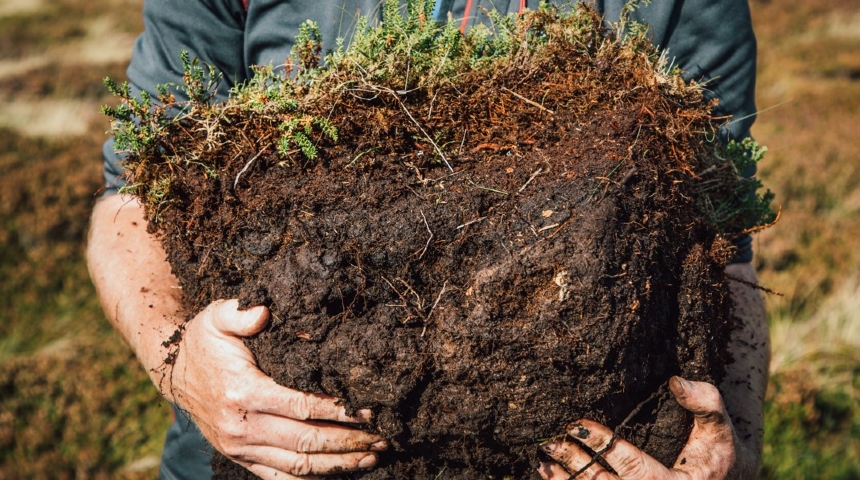 Image caption: Professor Davey Jones holding a mass of peat soil from pristine peatlands, the type his research is urging we recreate.

Peatlands are wetland ecosystems where the constant presence of water prevents plant material from fully decomposing.

They are critical for preserving global biodiversity, providing safe drinking water, minimising flood risk and helping address climate change by storing more carbon than all other vegetation types in the world combined.

“There is a big focus on ‘negative emission’ strategies to offset the world reliance on fossil fuels, but the challenge of reducing the emissions from organic soils can’t be overlooked,” says Professor Jones.


Global peatlands store more carbon than is naturally present in the atmosphere. So, if we continue to drain and develop them, we face a massive influx of harmful gases."
Professor Davey Jones

“Managed correctly, the opposite is true. They can become carbon sinks.”

Most studies of peatland management for climate mitigation have focused on restoring them to functional wetland systems. However, while these changes would establish significant carbon sinks, the loss of economic income have precluded their large-scale implementation.


This research presents a sustainable path forward where partial re-wetting reduces emissions and, where more wetting is possible, creates a net cooling effect.

“Our results indicate that the development of locally appropriate mitigation measures within agricultural peatlands could deliver substantial emissions reductions. And that really needs to happen now,” says Professor Jones.

He says that water levels need to be raised rapidly to avoid further oxidization of peatlands and achieve net zero emissions on the 30-year timescale of the Paris Agreement. 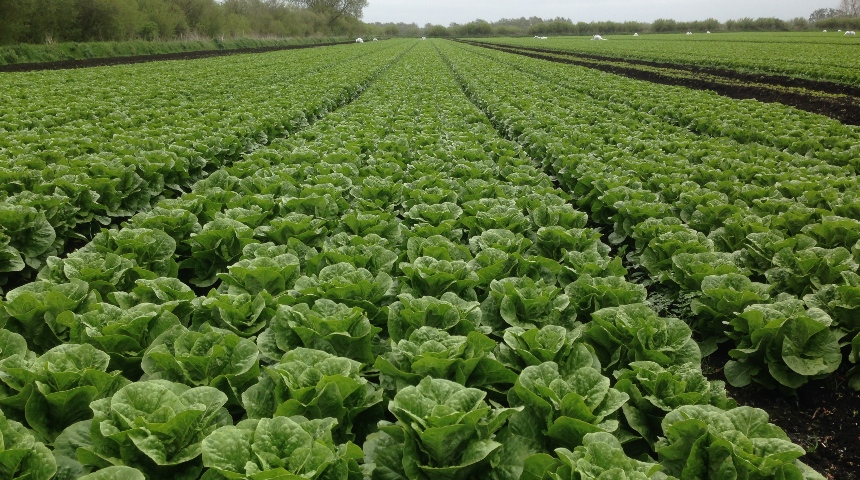 Image caption: One of the peat soil sites subject to the research being used to grow lettuces.

The development of water-tolerant, economically viable crops suitable for cultivation in peatland areas should also be a high priority to allow agriculture to continue sustainably in these areas.

The research measured CO2 emissions on 16 peatland locations across the United Kingdom and Ireland.

These sites encompass the main temperate peatland types and a diverse range of land use, from near-natural and restored wetlands to extensive and intensive grassland and cropland.

This research supports UN Sustainable Development Goals 12, 13 and 15.
For research news delivered to your inbox, sign up to our monthly newsletter.
Posted on: