Despite being around for millions of years, whale sharks – the largest fish in the ocean – are considered an extremely vulnerable species with populations in decline.

Dr Brad Norman says these gentle giants have come dangerously close to extinction under our watch and we must remain vigilant in protecting them.

“Although they are big and beautiful creatures, whale sharks are certainly in trouble. But, we have an opportunity to turn that around and fight for long-term conservation,” he said.

For the past 26 years, the Murdoch marine scientist has been tracking individual whale sharks to better understand their movement patterns and ideal habitats.

The research is both helping monitor population numbers and providing valuable information on whale shark lifecycles and movement patterns. This data is being used to inform conservation management practices.

Each whale shark has distinctive markings – the lines and spots on their skin is like a fingerprint – with no two whale sharks the same.”Dr Brad Norman, Harry Butler Institute

“My idea was to capture the area behind the gills to clearly photograph key reference points, so we could effectively mark an area for comparison between the sharks. 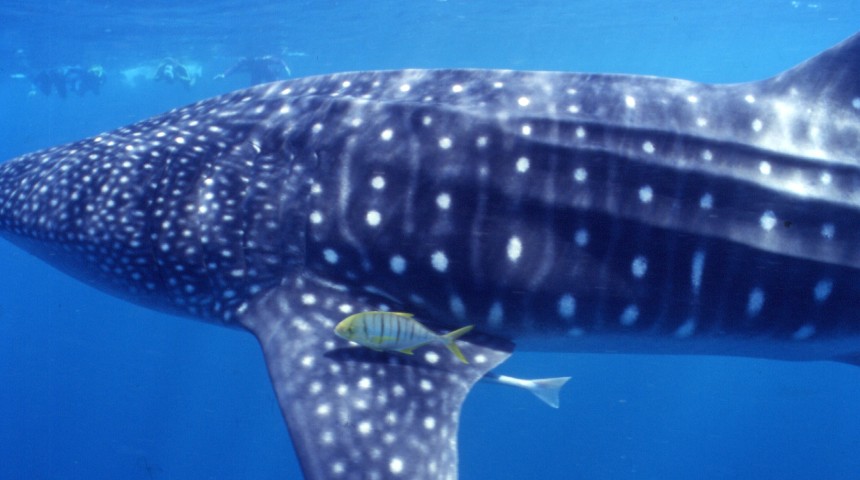 The project has now turned into the world’s largest and most effective wild shark monitoring program – The Wildbook for Whale Sharks – calling on citizen scientists globally to get involved in marine research.

“At the start it was just me taking photos of whale sharks at Ningaloo, but we needed more than one lonely researcher to collect enough data over an extended period. And, because tourists were constantly swimming with whale sharks too, why not enlist their support?” said Dr Norman.
“I was fortunate to team up with two brilliant scientists, software guru Jason Holmberg and NASA astrophysicist Zaven Arzoumanian, to develop a user-friendly database where anyone, anywhere can upload their own images of whale sharks.”

As part of the program, Dr Norman and the team have also employed a simple and low-impact tagging system, attaching satellite tags to a whale shark’s dorsal fin, to determine where in the world the tagged shark is at any given time.

Inspiring scientists of the future

In partnership with the whale shark not-for-profit organisation ECOCEAN Inc, Dr Norman and his colleagues developed a program where schools were invited to sponsor their own whale shark tag to combine conservation research with promoting the importance of science, technology, engineering and maths (STEM).

Dr Norman said he was pleased to see the students get involved, following their sponsored shark in a ‘race around the world’, comparing their sharks to sharks from other schools.

“Kids have such inquiring minds, so to be able to feed that with beautiful pictures and knowledge about biodiversity in our oceans only increases their interest in marine life and biology. It really helped break new ground on the movement patterns of whale sharks,” he said.

“Importantly, it has engaged students in a STEM project which included learning related to oceanography, biology, ecology, weather, electronics and more.

“These kids will be the next generation of ocean protectors, so we really hope to engage them as best we can.” 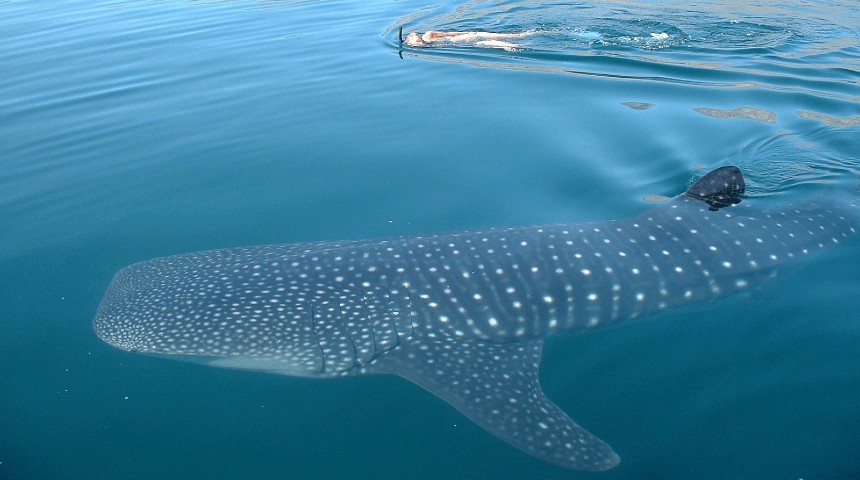 Dr Norman added the citizen scientist-led project has not only provided great data for scientists but has been instrumental in raising awareness on the endangered status of whale sharks, involving the public in the conservation monitoring and encouraging greater care for the environment.

“I’ve been privileged to work as a marine biologist for over 25 years, seeing the wonder of our oceans and seeing how everything is connected. The biggest fish is dependent on the smallest organisms, healthy reefs need healthy oceans, and we as humans have a role to play in protecting nature,” he said.

“Community stewardship is so important to maintain the health of our environment.”

"And if you do get the chance, go swimming with a gentle giant.”

Copyright of images used above belong to Dr Brad Norman.

This research supports the United Nations Sustainable Development Goal 4 and 14.


Learn more about our research.
2