On the final day of National Missing Person’s Week, Murdoch University’s Cold Case Review group has delivered a surprising twist that has brought a decades-old European murder investigation to Australia.

On July 11, 1994, a male body was found by a police boat in the North Sea, west of the Island of Helgoland.

The body showed signs of trauma and intriguingly, had been weighed down with cast iron cobbler’s feet, a shoemaker’s tool.

It was brought to the city of Wilhelmshaven in Germany for a post-mortem and later buried, but the man’s identity remained a mystery and he became known as ‘The Gentleman’ due to his apparent ‘middle-class’ clothing.

Now, 28-years-later, criminology and forensic science students on the other side of the world have uncovered an astonishing piece of the puzzle.

Initial investigations by German police in the 1990s suggested The Gentleman was about 45 to 50 years old when he died, and from an English-speaking country.

The students from Murdoch’s Cold Case Review group have found he likely spent part of his life in Australia.

As part of the International Cold Case Analysis Project, with which Murdoch has been involved for three years, the students dusted off the case alongside peers from UK universities Plymouth Marjon and Staffordshire, and Germany’s Police Academy of Lower Saxony.

The ICCAP enables young police officers and students across the world to establish a close link between theory and practice in cold cases. 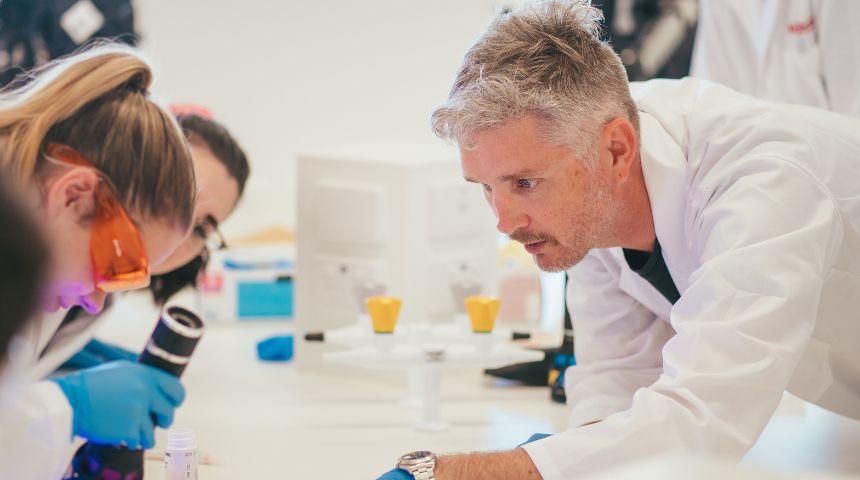 The Murdoch students worked with case files translated from German to English and attended late night and early morning teleconferences with their European colleagues.

As a result, the students recommended a range of further actions to be taken by local authorities, including exhumation of the body and isotope ratio analyses on a sample of bone.

Essentially, isotopic provenancing relies on the principle that ‘you are what you eat’ (and drink and breathe).

A range of isotopes were tested, and the overall results suggested it was very likely The Gentleman had spent most of his life in Australia.

Based on the forensic measures proposed by the students, an isolation of a complete DNA profile of the unknown deceased was achieved in December last year.

There is now the possibility of a comparison with corresponding data from national and international databases.

Furthermore, a photographic facial reconstruction of The Gentleman has been published by British charity LOCATE International, a partner organisation to the ICCAP.

Cold Case Review group Directors, Brendan Chapman and Dr David Keatley, are now using their local law enforcement connections to assist the German authorities to progress the case in Australia, with the hope that The Gentleman may be identified and the case advanced.

“What are the chances that from this small collection of universities working on this case, one would be from the country where the man originated?”

“We’ve built such a great relationship with the ICCAP course leader Karsten Bettels over the years and we are really privileged to be afforded the trust by the German Police Academy to work on live cases with our students.”

Dr Keatley praised the students for their dedication and hopes members of the public can now assist in solving the case.

“This breakthrough reflects the hard and diligent work of the supervisory team and especially the students involved in the ICCAP,” he said.

Members of the public are asked to contact their local police if they have information that could assist the investigation.

A scene to believe in: Noongar mural encourages allyship and drives change

Murdoch University does its bit for Plastic Free July