The school’s children had been suffering from lack of drinking water as their well turned brackish with saltwater intrusion after many years of tourist hotel developments taking groundwater from the island’s fragile shallow aquifer.

The children, like so many people in similar climate and tourism impacted water supply situations on Indonesian small islands, had resorted to drinking water from plastic bottles. This resulted in a massive increase in plastic pollution, but also because of the high cost, children were simply not drinking enough water.


Tom came across the problem when visiting the island as a student on surf trips and beach clean-ups.

As a participant in the Australian Government’s New Colombo Plan trips to Indonesia, he was able to help other Murdoch students visiting the island learn about the gravity of these problems.

He then began working with island residents to develop solutions.

Tom, who was also President of the Perth Surfrider Foundation at the time, formed a partnership with local environmental NGO Bottle for Botol. As well as continuing the beach clean-ups together they launched a campaign to fix the well water problem at the school. 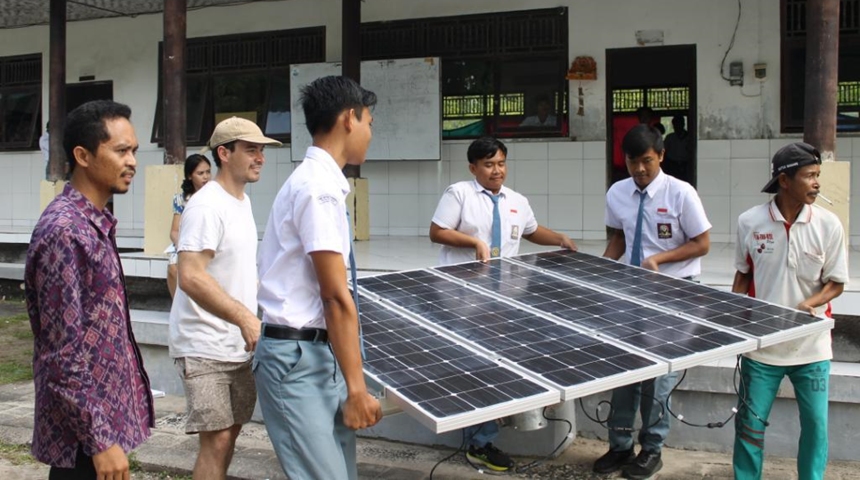 
Tom immediately saw the potential of this technology for the school and determined the size of system necessary to supply them with a steady stream of drinking water.

He successfully applied to the Australian Government’s DFAT Friendship Grants for the necessary funding to deliver the Moerk technology to the school.

Moerk manufactured the solar powered water treatment unit for the Lembongan school, but then Covid hit.

The project was delayed for two years, but in that time a chance visit of the Admiral of the Australian Navy to the Moerk factory enabled Moerk manager Barbara Brezger to request a navy frigate drop the unit off at Lembongan next time they were going past.

The Admiral duly fulfilled the promise and dropped the unit off with the frigate’s helicopter next time they were passing. 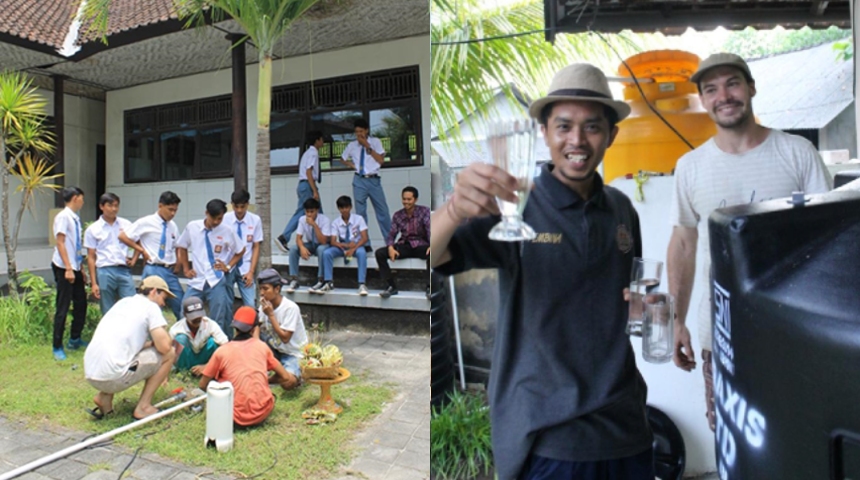 Tom undertook a dedicated surfing mission to the island in November 2022 and completed the installation at the school.

Solar photovoltaic power for drinking water treatment will be a major solution for the thousands of small villages across Indonesia’s archipelago of 15,000 islands.

These wonderful solar power solutions will be highlighted at the World Renewable Energy Congress to be held at Murdoch University December 4-8.


Learn more about our research.
1