Australia generates over 10,000 tonnes of fire extinguisher powder waste each year. New research shows how microalgae can turn this into high-value bio products.

Fire extinguishers are commonly the first line of defence in containing a fire.

However, while they address the imminent risk posed by fire, the extinguisher powder waste produced when they’re used or disposed of has a significant environmental risk.

This waste is generally directed to landfill, where it triggers wider environmental pollution, disturbs biodiversity and endangers the health of people and animals by contaminating underground water reservoirs and open water bodies, as well as polluting the air.

As Australia generates over 10,000 tonnes of this waste per year, finding a sustainable solution is imperative. Now, Murdoch PhD graduate Emeka Nwoba has developed a method for harnessing that waste for good. 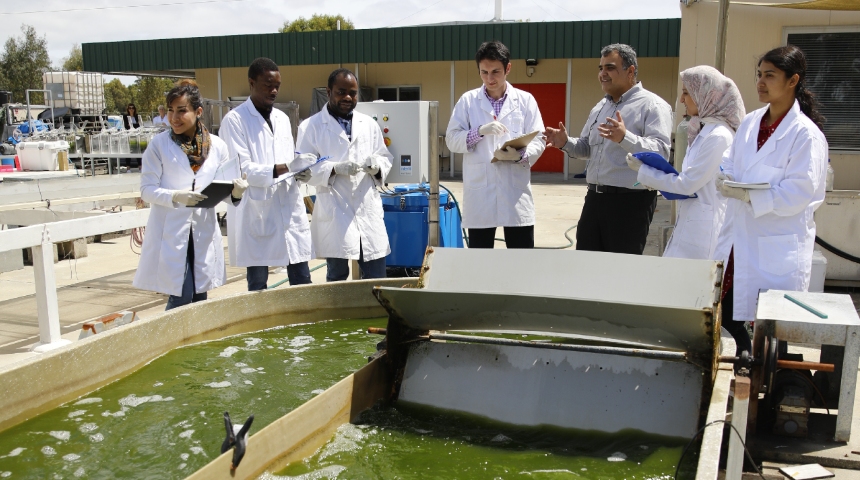 “The significant amounts of nitrogen and phosphorus in fire extinguisher powder is what causes the subsequent environmental damage, but these non-renewable elements present a valuable resource if they can be reused,” Nwoba said.

He has developed a method for waste-to-profit enterprises to do just that. The solution is in algae. He has demonstrated how microalgae can turn powder waste from fire extinguishers into high-value bio products.

Microalgal farming requires large quantities of fertilizer, light and warmth. Nwoba has shown how fire extinguisher waste can be used to feed microalgae, with the sun doing the rest.

“This process means no harmful waste is discharged into the environment each time a fire extinguisher is disposed of, but also turns that waste into products like fuels, cosmetics, fertilizers and animal feed,” explained Nwoba.

“The other major benefit of treating fire extinguisher waste with microalgae is carbon capture. As microalgae absorb carbon dioxide as they grow, the process presents an opportunity for carbon-neutral fuel production.” 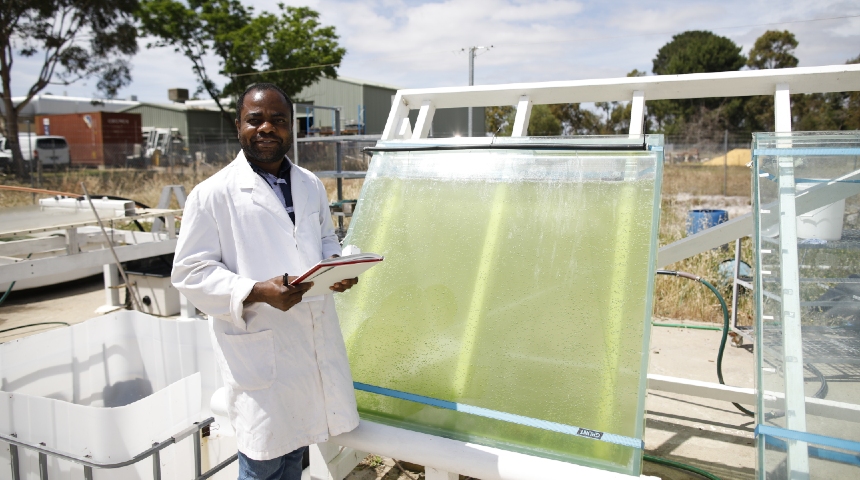 The oil from microalgae can be extracted to produce biodiesel or bioethanol, reducing carbon emissions from fuel production by about 78 per cent, while still offering side-stream products.

The spent or ‘de-oiled’ microalgae can be used for feed or to produce biogas to power the refinery that’s producing the fuel.

This means using a microalgal facility to treat extinguisher powder waste can continuously generate biomass for different applications, both preventing the environmental damage caused by fire extinguishers and opening up new circular economies.

The discovery by Nwoba, part of the Centre for Water, Energy and Waste at the Harry Butler Institute, shows again how we can harness eco-technology to turn waste into new economic and environmental opportunities.

Learn more about research at the Centre for Water, Energy and Waste.
Posted on:


Learn more about our research.
14