New research from Murdoch University’s Harry Butler Institute has tracked a group of six coastal species, including tiger sharks and great hammerhead sharks, and found they time their hunting periods in shared areas.

The research, led by Dr Karissa Lear and Dr Adrian Gleiss at the Centre for Sustainable Aquatic Ecosystems, is the first example of marine predators partitioning resources by foraging at different times of the day.

“This is a relatively rare way of sharing resources in nature, but it could be more common than we think in understudied marine ecosystems,” said Dr Lear.

“We saw six species of large coastal sharks sharing common food resources in Florida by foraging at different times of the day.” 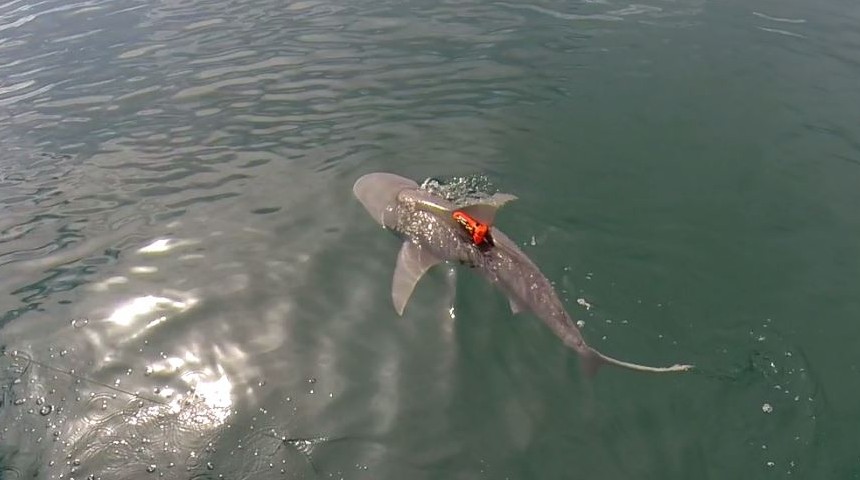 The research suggests that large coastal sharks that live near each other can stick to a daily schedule, hunting at different times of day to peacefully coexist.

“This both reduced the competition for food and, for some species, reduces the chances of being preyed upon by larger species,” said Dr Gleiss.

Indeed, the timing is likely to be at least partially driven by hierarchy - forcing less dominant predators to forage in less optimal periods to avoid those larger sharks.”

The research, done in collaboration with scientists from Mote Marine Laboratory and New England Aquarium, used acceleration data-loggers to monitor the movements of each species. This is similar technology to that used in FitBits and other smart devices.

What they observed was a type of ‘niche partitioning’, which is one of the main mechanisms allowing competitors to coexist through the division of resources.

“We found bull sharks were most active in early morning hours, tiger sharks during midday, sandbar sharks during the afternoon, blacktip sharks during evening hours and both scalloped and great hammerhead sharks during nighttime hours, the only two species with substantial overlap in timing of peak activity,” said Dr Lear.

“To our knowledge, these results are the first example of diel temporal partitioning in a marine predator guild.”

Predators like sharks play a crucial role in preserving healthy ecosystems through top-down control and changing the behavior of other species. This makes it important to understand how they behave and partition resources.

“Understanding the mechanisms that allow marine predators to coexist will help us to preserve and restore healthy, predator-rich marine systems,” said Dr Lear.

This research supports the United Nations Sustainable Development Goal 14 to conserve and sustainably use the oceans, seas and marine resources for sustainable development.

For research news delivered to your inbox, sign up to our monthly newsletter.