Using big data to map the biodiversity of a continent

The Harry Butler Institute has collaborated with researchers around the world to develop a new tool to inform conservation decisions across Europe. The research is poised to have a direct and immediate impact – on both science and practice.

Accurately identifying different habitats is essential for effective conservation. If we know what constitutes the environment around us, we can put plans and policies in action to protect it and manage our natural resources wisely.

This makes the classification systems used to identify different habitats crucial to monitoring, management, planning and restoration efforts. However, a land mass as immense as Europe is difficult to accurately and comprehensively classify into different habitats.

Now, Murdoch Professor Ladislav Mucina has collaborated with colleagues from Europe to develop a system aimed at identifying habitats based on their biodiversity.

“This was one of the dreams we had when we started the European Vegetation Survey in the nineties – to show people how to identify and describe vegetation which characterises different land habitats, so they can contribute to both regional conservation efforts and inform nature management policies across the European Union.” 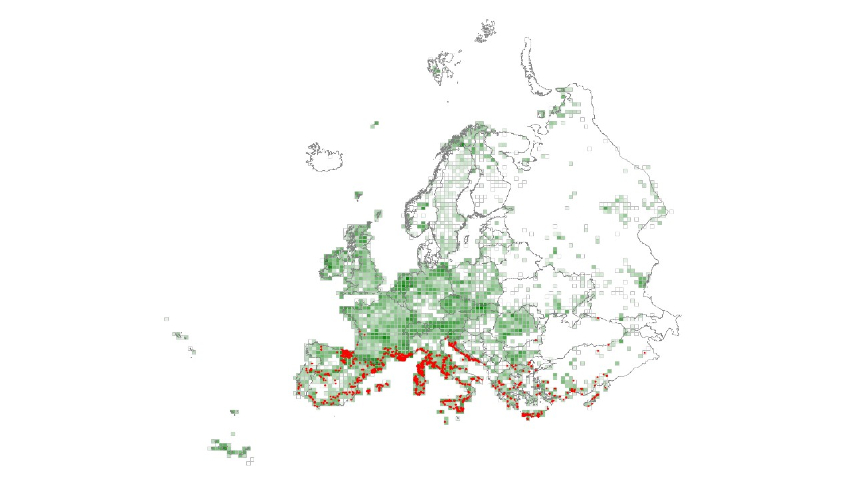 Image: A map of one of the habitat types (Mediterranean scrub) in Europe. The green squares indicate presence of field plot data, while the red plots indicate where this habitat type had been identified by the new expert system.

The team used these definitions to develop a classification tool, EUNIS‐ESy, which was able to assign habitats to 1,125,121 vegetation plots across Europe.

“This enables consistent communication between different networks of experts, including those describing habitats through vegetation sampling, those working with satellite imagery, and those developing and evaluating various policies,” explained Professor Mucina.

The research builds on his previous work to unify data collected in individual countries and delivers a tool for nature conservation across the European Union. Professor Mucina is a globally recognised expert in vegetation and habitat classification and one of the grandfathers of the European Vegetation Survey.

“Europe has very strong roots in vegetation science, which provides the rich data we needed to develop this new system. It’s also a very fragmented and densely populated part of the world, meaning many areas have been modified and new habitats created by local inhabitants.

Being able to categorically identify these various habitats is imperative for effective conservation.
Professor Ladislav Mucina


Professor Mucina said it’s important for every region to have such a system and hopes to secure government and industry support to replicate it for Western Australia.

“It’s a tremendous data project, but one that’s crucial for effective conservation. And that’s why I came to Western Australia – this is what we need – a comprehensive vegetation classification system, vegetation map and habitat system. All are vital elements of each country’s management infrastructure.

“It’s especially important to inform environmental assessment and policy in a place so active in mining. We need the vegetation survey, the maps and the habitat classification system to manage our environment.”

The research is the first time EUNIS habitats have been characterized in terms of their species composition and distribution and presents valuable new data to inform conservation planning, monitoring and assessment.

“You can tell a lot about the past based on the vegetation in an area. You can also use it to predict what’s going to happen in the future.”

We need more of this knowledge and these tools in a world that’s so rapidly changing.
Professor Ladislav Mucina


Professor Mucina is the Iluka Chair in Vegetation Science and Biogeography at the Harry Butler Institute.

Header image: A typical landscape of Western Slovakia, with undulating hills covered by old dry grasslands, pockets of oak forests (in foreground, right), dark patches of pine plantations (a man-made habitat) and intricate mosaic of fields and small woods in the lowland that experienced thousands of years of agricultural history. Always attractive both to tourists and professional botanists (enjoying the dry grassland habitat) alike.

Learn more about research at the Harry Butler Institute.
Posted on:

Fewer trees are changing the faces that appear in our forests