What you need to know about the electric car revolution 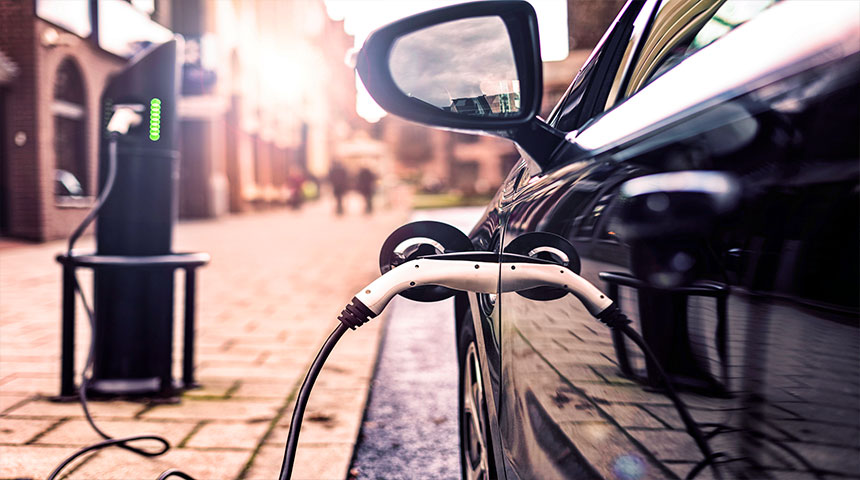 Do electric vehicles provide the long term answers to green and clean mobility?

After years of being derided as a joke by car manufacturers and the public, interest in electric vehicles has increased sharply as governments around the world move to ban petrol and diesel cars.

We have seen a tremendous rise in availability, especially at the premium end of the market, where Tesla is giving established brands a run for their money. Electric cars are likely to penetrate the rest of the market quickly too, with prices expected to be on par with conventional cars by 2025.

Electric cars are praised as the answer to the problem of how to achieve green and clean mobility. But the overall sustainability of electric vehicles is far from clear - on closer examination, our entire transport paradigm may need to be rethought.

Compared with combustion engines, electric transport has obvious advantages for emissions and human health. Transport is responsible for around 23% of energy-related carbon dioxide emissions globally. This figure is expected to double by 2050.

Motor vehicles also put a burden on society, especially in urban environments where they are chiefly responsible for noise and air pollution. While a reduction in these issues are why electric vehicles are considered a key technology in cleaning up the transport sector, electric cars come with problems of their own.

Dirt in the supply chain

For one, electric vehicles have a concerning supply chain. Cobalt, a key component of the lithium-ion batteries in electric cars, is linked to reports of child labour, while nickel is toxic to extract from the ground. Plus, there are environmental concerns and land use conflicts connected with lithium mining in countries like Tibet and Bolivia.

The elements used in battery production are finite and in limited supply. This makes it impossible to electrify all of the world’s transport with current battery technology. Meanwhile, there is still no environmentally safe way of recycling lithium-ion batteries.

While electric cars produce no exhaust, there is concern about fine particle emissions. Electric cars are often heavier than conventional cars, and heavier vehicles are often accompanied by higher levels of non-exhaust emissions. The large torque of electric vehicles further adds to the fine dust problem, as it causes greater tyre wear and dispersion of dust particles.

Electric vehicles share many other issues with conventional cars too. Both require roads, parking areas and other infrastructure, which is an increasing problem in cities. Roads divide communities and make access to essential services difficult for those without cars.

A shift in people’s reliance from combustion cars to electric cars also does little to address sedentary urban lifestyles, as it perpetuates our lack of physical activity.

Other problems relate to congestion. In Australia, the avoidable social cost of traffic congestion in 2015 was estimated at A$16.5 billion. This is expected to increase by 2% every year until 2030.

Given trends in population growth and urbanisation globally and in Australia, electric cars – despite obvious advantages over fossil fuels – are unlikely to solve urban mobility and infrastructure-related problems.

According to Dr Martin Brueckner, a Senior Lecturer in Sustainability at Murdoch University, a focus on improving existing technologies and regulations could be the answer, “Technology or regulation may solve these technical and environmental headaches. Improvements in recycling, innovation, and the greening of battery factories can go a long way towards reducing the impacts of battery production.”

Certification schemes, such as the one proposed in Sweden, could help deliver low-impact battery value chains and avoid conflict minerals and human rights violations in the industry.

Yet, while climate change concerns alone seem to warrant a speedy transition towards electric mobility, it may prove to be merely a transition technology. Electric cars will do little for urban mobility and liveability in the years to come. Established car makers such as Porsche are working on new modes of transportation, especially for congested and growing markets such as China.

Nevertheless, their vision is still one of personal vehicles – relying on electric cars coupled with smart traffic guidance systems to avoid urban road congestion. Instead of having fewer cars, as called for by transport experts, car makers continue to promote individualised transport, albeit a greener version.

With a growing population, a paradigm shift in transport may be needed – one that looks to urban design to solve transportation problems.

In Copenhagen, for example, bikes now outnumber cars in the city’s centre, which is primed to be car-free within the next ten years. Many other cities, including Oslo in Norway and Chengdu in China, are also on their way to being free of cars.

Experts are already devising new ways to design cities. They combine efficient public transport, as found in Curitiba, Brazil, with principles of walkability, as seen in Vauben, Germany. They feature mixed-use, mixed-income and transit-oriented developments, as seen in places like Fruitvale Village in Oakland, California.

These developments don’t just address transport-related environmental problems. They enhance liveability by reclaiming urban space for green developments. They reduce the cost of living by cutting commuting cost and time. They deliver health benefits, thanks to reduced pollution and more active lifestyles. They improve social cohesion, by fostering human interaction in urban streetscapes, and help to reduce crime. And of course, they improve economic performance by reducing the loss of productivity caused by congestion.

According to Dr Martin Brueckner, while electric cars will help to some degree, more needs to be done to limit our dependence on cars as a whole, “Electric cars are a quick-to-deploy technology fix that helps tackle climate change and improve urban air quality – at least to a point.

"But the sustainability endgame is to eliminate many of our daily travel needs altogether through smart design, while improving the parts of our lives we lost sight of during our decades-long dependence on cars."

Martin Brueckner is Senior Lecturer in Sustainability at Murdoch University. He is an educator and researcher in the sustainability field with a focus on social and natural justice lens.

View Profile
Do you want to be one of the minds behind creating a more sustainable future? Find out how a Technology degree can help you push the boundaries of technology and help our society work faster, smarter and more efficiently.
Series: