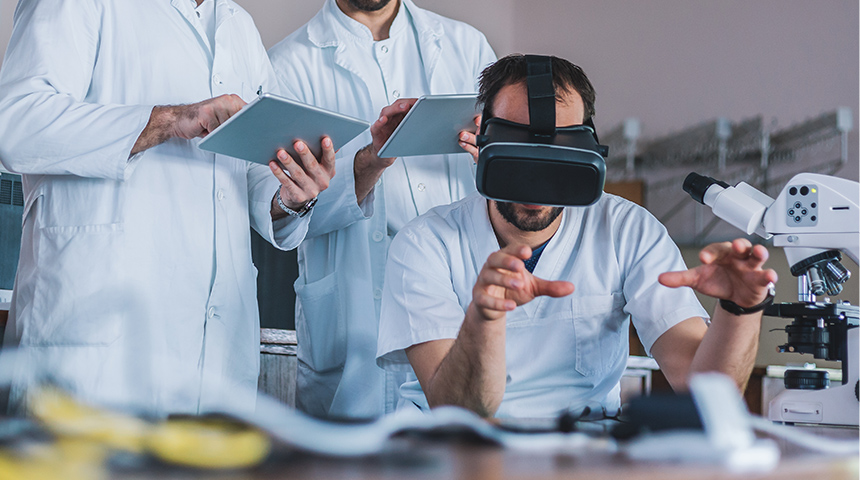 Robin thought he was coming to Perth to work on a gaming project. Instead he found himself working on an app with far stronger personal attachment.

Robin Khartick Raj still remembers the impact a stroke had on the life of his father and family - which is why his Murdoch University experience means more to him than he could ever have imagined.

When Robin arrived at Murdoch from Malaysia in October 2018, he expected the virtual reality project he was interning on to be gaming-related.

Instead, he found himself working on a project that was far closer to home: a VR concept that helps stroke patients to use their limbs more, in an attempt to encourage daily movement.

"My dad was a stroke patient, which is why this is a little emotional for me. Knowing what a stroke does to people, it's not just about the physical impact. Strokes can really damage a person mentally.

"They go from being able to move both their arms, to only moving one. They feel like a burden to everyone around them.

"The software I've been helping to develop gives patients a different perspective and the belief that they can pull through and potentially walk again. We also hope we can eventually shorten the time required for them to recover from a stroke."

Shifting thousands of kilometres away from your family to study can be a challenging experience, but Robin's big move and the work he is undertaking has in some ways helped forge a closer bond with his loved ones.

His father Elangovan passed away in 2017 and his mother Boong Siew Yoon has followed Robin's new project with pride.

"My family has been really excited for me - especially when I told them about the stroke research.

"My mum was surprised by the coincidence with my father's health struggles and is really proud of me. I'm not only helping stroke patients but also my mum recover from her husband's loss."

Robin's six-month stint at Murdoch will include the first patient testing of the VR-stroke technology. He's already contemplating a return to Perth for future studies once he's completed his major in information and communications technology at the University of Technology, Petronas.

His internship will contribute to the completion of those studies.

"I would like to continue my master's degree here - it's a very beautiful country and a very beautiful place. The tracking equipment here is very advanced, especially compared to Asia, where we don't have the same kind of technology.

"My time at Murdoch has been a huge step in my career."

There's no doubt that innovative thinkers like Robin will shape our future. If you're ready to help create change, browse our technology courses. Or check out our study options for international students.
Series: