Courtney wants you to feel safe in the water 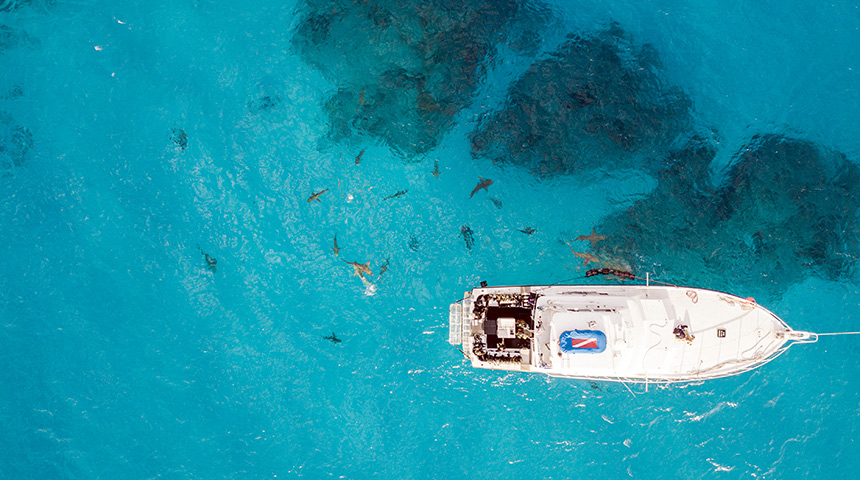 As politicians around the country debate what might be done about sharks, Murdoch honours student Courtney Norris has a very different idea.

If you took a straw poll of people's favourite animals, there would likely be some predictable results. Dogs and cats would dominate. Birds would get quite a few mentions and even snakes and rats would get a guernsey.

It's doubtful sharks would feature much in the conversation… unless Courtney Norris was being polled.

The Murdoch honours student happily admits that she loves sharks and would love to spend more time with them. In fact, she's planning on spending her honeymoon swimming with them off Hawaii.

"I've always been interested in sharks and the Jaws atmosphere that surrounds them. They aren't what the media or a lot of people portray them to be.

"People see them as mindless eating machines and that species like tiger sharks will eat absolutely everything.

"The truth is their populations are declining. The public thinks sharks are harming us, but when we go into their environment we can see that really, they're the ones in trouble.

"Obviously, climate change is a big factor in how many species we're losing, and I want to make a difference."

Originally from New Zealand, Courtney made the move to Port Hedland with her family when she was 12. Never having any doubt about what she would study at university, Courtney loved the look of Murdoch during a high school Country Week visit.

She lived on campus for a year after moving down from the Pilbara as an 18-year-old, pursuing a double-degree in conservation and wildlife biology and marine science.

"I don't ever remember wanting to do anything else. I watched a lot of documentaries created by Jane Goodall and David Attenborough and Free Willy probably played a part in it too.

"I always knew what I wanted to do. I just love sharks."

Courtney's honours project centres on the lemon shark, a near-threatened member of the whaler family which is found off the WA coastline, north of Geraldton.

The research involves accelerometers, the same technology used in Fitbits, being attached to a juvenile lemon shark, which is then watched by a member of the study team.

Their observations, which may include burst swimming, head shaking (catching prey), resting or steady swimming, are cross-referenced with results from the accelerometer to provide a guide as to what types of behaviour correlate with particular data.

In the bigger picture, the plan is to repeat the process and see if similar correlations occur with different species. Eventually, the research team hopes accelerometer tagging will enable them to get a clearer picture of the daily lives of a vulnerable species that is as mysterious as it is feared: the great white.

"I think the media negatively portrays sharks and because of that drum lines have been installed in NSW and Queensland. Only recently a 4.5m white shark was caught in a shark net and died.

"Queensland culled four tiger sharks, then the next day someone was bitten. It just goes to show that culling makes no difference.

"I think another misconception is that shark nets are going to help. But they're just killing other marine life."

Are you ready to advocate for creatures big and small? Explore our range of science courses. Or check out our study options for international students.
Series: