VIDEO: Coady trades bricklaying to hunt for the next Loch Ness Monster 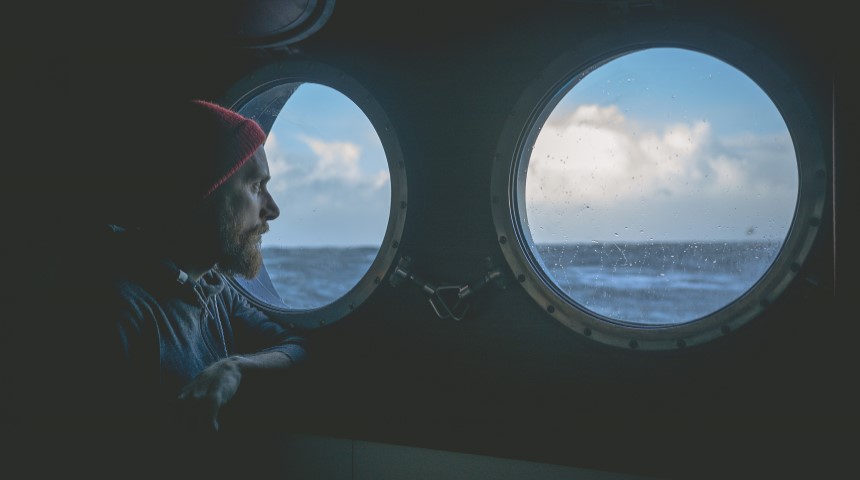 Studying marine science at Murdoch is just the start of a lifelong adventure for Coady Roberts.

Meeting Coady, it's hard to believe he was once afraid of the ocean. He's dived with enormous whale sharks, swum with sizeable grey nurse sharks and yearns for a cageless interaction with a great white.

And yet, for the first decade of his life, ocean interactions were the furthest thing from Coady's mind.

"I was born and raised in the country town of Katanning. Dad was a big water lover and a sailor but as a kid I was scared of sharks and the ocean right up to when I was 10 or 11.

"Then it turned completely around and all I wanted to do was go diving and fishing. I got my scuba diving ticket when I was 14.

"I loved everything about the ocean and so that became my passion through high school."

Coady's journey to studying marine science at Murdoch University has been a winding one. Initially home-schooled, he later spent two years living in England before leaving school after Year 11 to become a bricklayer.

At the age of 21 his natural curiosity kicked in and, after completing a STAT test, university studies and Murdoch beckoned.

Coady says Murdoch's encouragement of innovative thinking has enabled him to easily transition into university life.

"I love the way science asks questions about things. My dad's that way too and even though he's a music teacher, he's very interested in science and science fiction.

"Because I really enjoyed the ocean environment, I thought about becoming a marine photographer, but what really pushed me into marine science was a Discovery Channel doco I watched.

"They were in the Gulf of Mexico studying sharks and they were actually capturing great whites and taking blood samples before returning them to the sea. It was really cool."

The same quest for knowledge that once drove him to explore Stonehenge and English museums now has Coady longing to venture further and deeper into our oceans.

Exploration off the WA coast and beyond

Encounters with whale sharks off Ningaloo have whetted Coady's appetite for adventure.

"One came straight towards us with its mouth open and if I had gone a little bit sideways it could have just swallowed me.

"Thresher sharks are another I really like. They've got a massive tail almost as long as their actual body and are pretty rare – they're pretty much only found in the open ocean.

"I'd love to go and work with particular species of sharks or really have a look at the deep ocean where they are still discovering new species.

"To me, that's one of the last places of exploration left."

Coady feels well-placed to undertake this sort of exploration off the WA coastline, where there are leading marine and fisheries research programs, a healthy variety of ocean life (including shark populations) and the relatively uncharted Perth Canyon.

He also has broader ambitions that include Antarctica, Mariana Trench (the deepest natural point in the world) and Siberia's Lake Baikal.

Housing more than 22% of the world's fresh surface water, Lake Baikal's murky depths tie in with another of Coady's emerging interest areas: cryptozoology.

"It covers everything from Big Foot and the Loch Ness Monster, through to creatures thought to be extinct. They might be species people aren't sure exist and some that have only been seen in texts.

"The Tasmanian Tiger comes under cryptozoology and so did the Lord Howe Island Stick insect - until they went to this tiny little island called Balls Pyramid and found a massive colony.

"Lake Bainkal has hydrothermal vents like ocean trenches which would be really interesting to explore. It's also supposed to have its own Loch Ness Monster, named Lusud-Khan."

Where in the world could a passion for science take you? Explore our wide range of science undergrad degrees and take the first step on your journey today.
Series: