Murdoch according to me: Morgan Becker

“I’ve actually been to four universities in total, and Murdoch is definitely my favourite.”


A little bit about me

I grew up in a country town called Wickham which has a population of 2,000 people. I moved to Perth when I was 14 and it’s where I finished high school and started university. While studying at Murdoch, I’ve developed an idea for a fashion app, Mirror Mirror. It’s an e-commerce/social media hybrid for women who want to browse inspiration and shop in the one platform.

Away from work and study, I definitely like being outside and at the beach. I also love to travel when I get the chance. 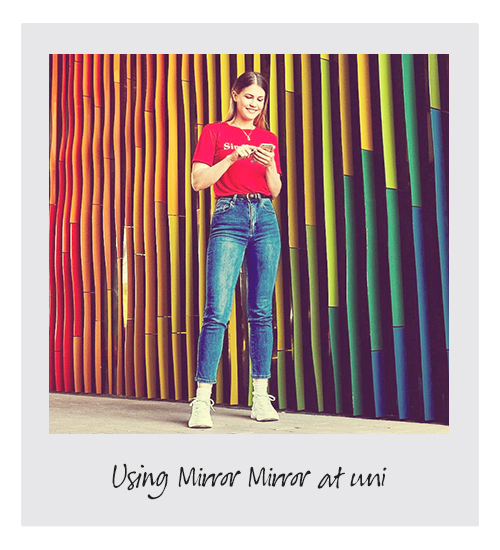 How I would describe my way of thinking

I’m very numerical. I’m quite ‘black and white.’ I was never terrible at English and those types of subjects, but I always liked how maths works as it’s either wrong or right.

I’m a problem solver so that’s why I got involved in entrepreneurship. At the same time, I like creativity and pushing myself. I love fashion, which obviously inspired my app.

Curious about Morgan’s way of thinking? Check out her Spotify playlist below:

How I knew I wanted to study marketing and finance

I started out studying finance and mechanical engineering at another uni but realised engineering wasn’t really for me.

I wanted to something a bit more creative. I always wanted to do finance as I’m good with numbers and it’s just how my brain works but it doesn’t push any creative boundaries. Adding marketing in allowed me to do both!

Entrepreneurship and Innovation is a new course at Murdoch, so it wasn’t available when I started. Combining marketing and finance was a way of pursuing entrepreneurship, but I would have been interested to take units from the new course.

Why I chose Murdoch

There were a lot of reasons. As I was changing out of engineering, I realised there was no real reason I needed to stay put at a university I wasn’t happy at. One of the biggest issues at the other uni is that my classes were humongous!

A few of my friends went to Murdoch and their feedback was it was more of close-knit community, which really appealed to me. I also wanted to go on exchange at some point and Murdoch’s exchange opportunities overseas looked really good.


Why I love Murdoch

Murdoch did live up to the expectations of having close-knit classes and it was easy to get involved in different extracurricular things, too.

I did the Alpha Innovation Contest, which is an Australian innovation and entrepreneurship competition. I also did On My Feet, a social enterprise program, where students built business plans while raising money for people affected by homelessness.

These were all external programs I was exposed to or told about via my student email, which I then followed up. There were a lot of opportunities available to me.

I’ve actually been to four universities in total (three in Perth and one in California for exchange), and Murdoch is definitely my favourite.


My most memorable experience

Definitely exchange and meeting new people! I now have so many friends, including in Paris and one of my best friends who I met on exchange lives in Sydney.

I went on exchange to California State University of Monterey Bay, it’s about an hour and a half south of San Francisco. It was cool, it had a real entrepreneurship vibe so I did those kind of subjects and I was able to get credited for them. 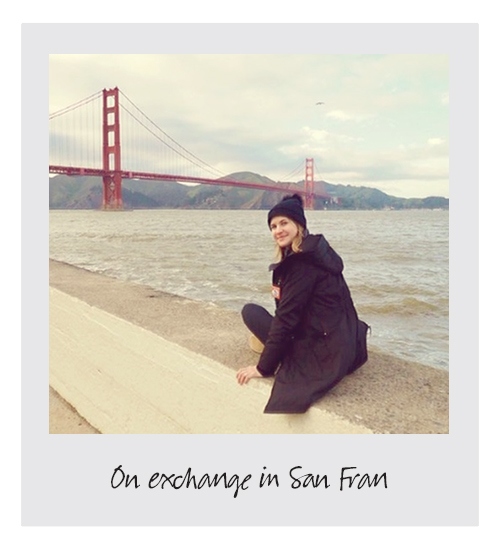 My proudest achievement is probably the Alpha Innovation Contest. The competition was open to everyone, not just students, and when I was watching everyone else pitch I saw how high calibre they were. Their ideas were amazing – one guy invented a pill that would replace the EpiPen! I couldn’t believe it when I came second.

I think I did well because I had business experience and could show the judges how I’d create commercial opportunity, not just talking about the technical aspects of my idea.


My plans for after graduation

I start a graduate program at IBM in July, and when I got the job in September I was stoked! The application process was intense and you’re under the pump the whole time.

As I’ve had a lot of spare time before I start at IBM, I’ve been saving up and will shortly be going to China. I can spend up to 30 days in China and I might go to Europe after that before coming back in July.

If you think you could be suited to finance or marketing like Morgan, check out our Marketing and Finance courses. Or discover more about studying at Murdoch as an international student.
Series:

Murdoch According to Me