What's happening in Perth this August 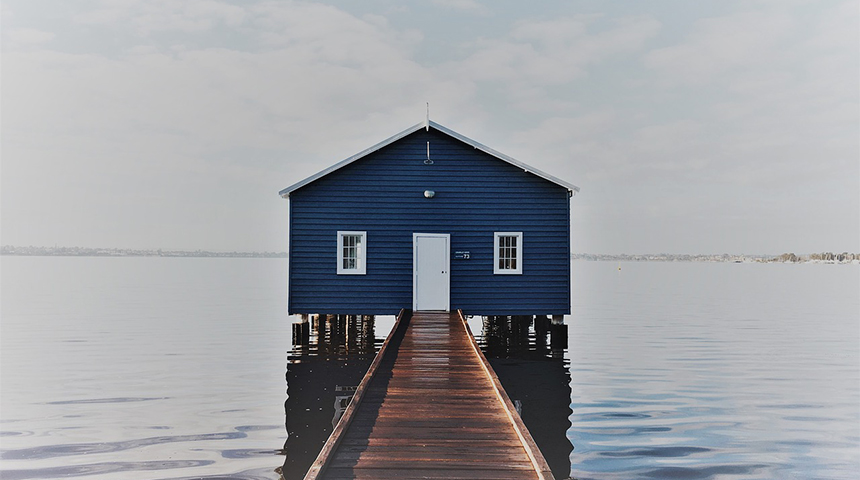 Just returned from a visit back home? Don't let the cold and wet weather keep you inside. As Semester 2 gets underway, there's plenty of fun things to see and do in Perth this August.

Fresh on the heels of their North American tour, Snow Patrol return to Australia to perform in ‘Live and Acoustic’ mode as a 3-piece band. Hear their most famous songs live as you’ve never heard them before, including Run, Open Your Eyes, and Chasing Cars, alongside songs from their 2018 release Wildness. Get tickets now.

Legendary, Grammy-award winning band Fleetwood Mac are coming to Perth! Experience the incredible body of great music that has connected with generations of people all over the world, as you see Mick Fleetwood, John McVie, Stevie Nicks, and Christine McVie up close and personal. Get your tickets now. Murdoch is a proud partner of RAC Arena, giving our students exclusive access to work opportunities and VIP benefits.

See of one of the UK's most successful stand-up comedians live! Ross Noble rose to mainstream popularity through appearances on British television and has been voted in the top 10 greatest 100 stand-up comedians. If you're ready for a night full of laughs, this is the gig for you!

See the Qantas Wallabies take on the All Blacks in Rugby’s ultimate rivalry, live in Perth for the first time. One of the biggest events in world sport, the Bledisloe Cup will be played at Optus Stadium to an expected sell-out crowd. This will be the only time the Wallabies and All Blacks play each other on Australian soil in 2019 so make sure you don't miss out.

Is there life on Mars? Join a panel of NASA scientists and astrophysicists as they discuss all things Mars, including how humans will live on the red planet, if there's already simple life there, and if Mars will become a base for humanity stepping out into the galaxy.

WA's largest Careers & Employment Event is coming to Perth Convention & Exhibition Centre. The SkillsWest Careers Expo will host over 80 organisations and employers with career opportunities for all ages, including graduates. The Expo is packed with free advice including how to write a winning resume and career seminars.

The Fremantle Dockers take on Essendon in one of the final matches of the 2019 Premiership Season at the award-winning Optus Stadium. Will Essendon secure a finals spot, or will Fremantle manage to clinch another win for the season? Get tickets.

Experience the music of Academy Award nominated, Golden Globe and Tony Award-winning performer, Hugh Jackman! The Man. The Music. The Show. will see Jackman performing hit songs from a number of his Broadway plays and films, including The Greatest Showman and Les Misérables, accompanied by a live orchestra.

2019 marks the fifth year of The RunNation Film Festival. Founded in Sydney and now an international event, the festival has been attended by thousands of runners and non-runners, around Australia, New Zealand and many parts of the world. This is Perth's premiere and has extended films that will only be shown on the night before a theatrical release across WA.

Perth Makers Market is excited to bring a twilight market series to Yagan Square! Browse a highly curated selection of our handmade artisan stalls, enjoy food from the businesses at Yagan Square and see the best that WA has to offer all in one easy access, central location in the Perth CBD.

Get ready to warm up this winter with AQWA’s upcoming adults only event, a Progressive Chilli & Cheese Tasting! Journey through WA's only aquarium as you sample fresh WA produce, including a variety of cheese, chilli, wine and more.

The talons will be out for the Eagles final home and away game of the season against their fierce rivals Hawthorn. With the Eagles looking to secure a top 4 spot and Hawthorn trying to get a spot in the finals, this will be a clash to remember. Get your tickets now.

The Perth Science Festival features more than 50 stallholders from various STEM organisations running interactive activities across the entire weekend. There's a variety of fun activities for all ages including a little scientists corner for young children, gaming technology for youth, and resource management and sustainability for adults.

The Good Food and Wine Show is back for 2019 bringing hundreds of local, national and international exhibitors together under one roof. Sample your way around the world with delicious tastings and complete your day by adding an exclusive hands-on masterclass.

The annual Chevron City to Surf is back again, with the option of a 42km marathon, 21km half marathon, 12km run, 4km fun run, walk events and a 4km wheelchair event. Join over 40,000 participants as you make your way from the vibrant Perth CBD to the sparkling Indian Ocean of City Beach.