How bugs can help fight crime 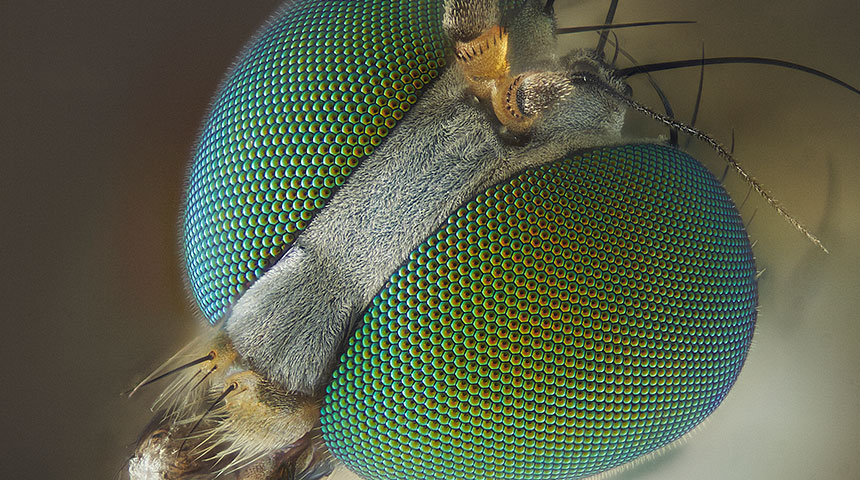 What do bugs have to do with forensic investigation?

When a crime is committed investigators are trying to piece together what happened and look for clues to establish the chain of events. Many questions need to be answered – who did it? Why did they do it? What weapons were used? When did it happen? Piecing this altogether helps construct a legitimate story.

A crime scene is analysed to look for any traces of evidence that can be used to answer these questions. There is one item that can provide some answers to an investigation and usually makes its appearance following a crime – insects!

Bugs tell us the time

Bugs can tell us a lot about a death. Just as flies are drawn to food left out, flesh-eating bugs are attracted to human corpses. Known as forensic entomology, this is the use of insect evidence to help forensic investigators determine what happened to a body.

Bugs can pick up the smell of dead flesh within hours and would be found in the eyes, nose, mouth and ears of a deceased human body. These insects then feed on the dead flesh, while depositing their eggs inside the corpse.

This is the evidence that an entomologist considers when investigating a death. They look at which of the three stages an insect goes through within a dead body:

By collecting insects during any one of these stages, can give the forensic entomologist a good idea of time of death.

The older the bug, the better

"You may find many kinds of bugs at a crime scene, but the most common are flies and beetles, although in one of my cases a firefly was the key to solving the case,” Dr Paola Magni, a forensic entomologist and forensic science lecturer at Murdoch, says.

Flies are very good at quickly finding dead flesh. Beetles will take a bit longer though and show up as the corpse dries. When investigators collect insects for analysis they try to locate the oldest bugs, as it should give the most accurate estimation of the time since death (known as post-mortem interval). However, the entomologist must be careful: the oldest bug is not always the largest bug!

Investigators need to take note of many different variables when collecting specimens. The most important is the environmental temperature of the surrounding area where the corpse is located. The temperature will affect how quickly larvae grow on a corpse.

“The development rate of blowflies, like any other so called cold blooded organisms, is dependent on temperature. We see increased development during hotter weather, but slower development in cooler weather and tables of growth are peculiar for each blowfly species,” says Dr Magni.

“However, don’t forget the old saying, you are what you eat. Bugs found on the body of a drug user show drastically different growth times and morphology. These bugs will incorporate drugs into their body while eating the corpse. A forensic entomologist therefore, can determine both the time and the causes of death simply using the bugs.”