5 crime fails almost too funny to be true 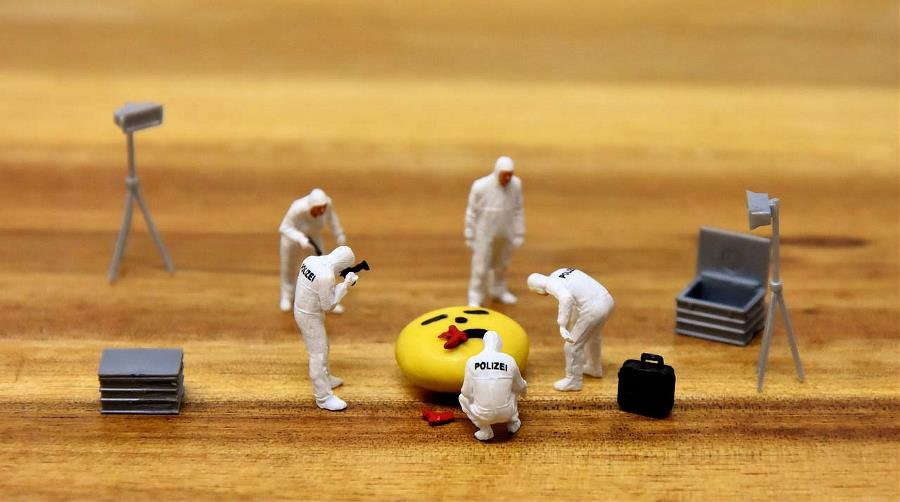 Few subjects seem to capture the imagination like crime.

We are fascinated by criminal minds, the intricacies of the crime, and the details of the ongoing police investigation through the trials and beyond.  But what about the cases where the level of sophistication isn’t quite there? Take for example these fails, where plans have gone laughably wrong.

In 2011, 53 year old Michael Anthony Fuller from North Carolina, USA walked into a Wal-Mart store and bought a vacuum cleaner and microwave for $476.  So far nothing wrong with that, right? Well Michael attempted to pay for his purchases using a million dollar note from the game monopoly! After demanding change of $999,524 from the cashier, the police were promptly called and was arrested.  He was charged with attempting to obtain property by false pretences with a bond of $97,500.

More recently, in early 2016 Donald “Chip’ Pugh was suspected of arson and vandalism so a warrant was sent out for his arrest. To help track down Donald, the police of Lima, Ohio shared his mugshot on their Facebook page.

Donald clearly didn’t think the photo captured his best side, so he texted a more flattering selfie to the police department saying “Here is a better photo that one is terrible.”
Still obviously wanting to repair his reputation, Donald then called into a local radio station to justify his actions.

“Man, they just did me wrong.  They put a picture out that made me look like I was a thundercat or James Brown (google it) on the run, I can’t do that”.

Police were delighted with Donald’s help and later arrested him in Florida.

In 2015, Christopher Wallace a 24 year old from Maine, USA, was on the run from police after allegedly stealing cooking equipment.  Having successfully evaded police for weeks, he starting to get cocky, posting to snapchat that he was at home hiding from police.  On seeing this, a couple of his followers altered police who then went to search his home.

Unfortunately despite the tip-off, police had no luck finding him and called the search off.  That’s when Christopher posted again saying police were in his house and he was hiding in a cabinet. The police were alerted again and searched cabinets to find pots, pans, and a pair of feet.  The feet were attached to Christopher and he was placed under arrest.

We are delighted to offer you an interview

In 2016, bank employee Alberto Saavedra Lopez from Arizona was suspected of stealing $5,000 from his workplace over the course of 3 months.  He was reported to authorities and promptly quit his job and moved to Phoenix.

In 2018, despite being a fugitive, Alberto applied for job as a dispatcher for the local police department. On seeing his application and making the connection, the police couldn’t believe their luck and thought the easiest way to catch him was to offer him a job interview.  When he arrived, suited up and ready to impress, he was arrested on the spot.

Krystian Bala, a Polish author, wrote a crime novel in 2003 which quickly became a bestseller in Poland. It gripped the nation and received a lot of publicity, however police found many of the details about the murder in the novel eerily familiar. The description of the murder was remarkably similar to what they knew about an unsolved case on their books, the torture and murder of Darusz Janiszewski.

Police decided to dig a bit deeper and discovered not only had Krystian known the victim, he was the last person to have seen him alive and had actually sold Janiszewski’s mobile phone! Krystian was duly charged and received 25 years in prison.

While it mightn’t be hard to catch the careless criminals like the ones above, it takes a team of highly skilled individuals to fight more sophisticated crimes.

If you’re interested in finding new ways to fight crime, defending social justice or even participating in simulated court hearings, a course in Criminal Behaviour might be for you.
Series: