Why we all respond differently to the same diet

Diet is a key contributor to human health and disease, with one in five deaths directly attributable to poor diet. Murdoch scientists are mapping the chemical fingerprints of food to help us use ‘precision nutrition’ to reduce our risk of disease.

It is common knowledge that poor nutrition is a leading contributor to disease globally. Poor diet is a major risk factor for obesity, diabetes, cardiovascular disease, various cancers, and numerous other conditions plaguing Australia’s population.

New research at the Australian National Phenome Centre is uncovering how the body responds to nutrients at a molecular level to help us understand individual differences in response to diet.

The results could radically change how we think about the foods we eat.


Establishing the fingerprints of foods

Professor Elaine Holmes, Director of Murdoch’s Centre for Computational and Systems Medicine, and Dr Ruey Leng Loo, Premier’s Fellow at the ANPC, are working with a team to build a molecular or chemical ‘fingerprint’ for a number of foods in order to build a database of Australian produce.

They are using spectroscopic technology to analyse the quality of what are perceived as ‘high value’ foods. This will deliver a new and comprehensive understanding of how the nutritional value of food can be mapped from the raw product through several different states, and whether this affects their level of nutritional value. 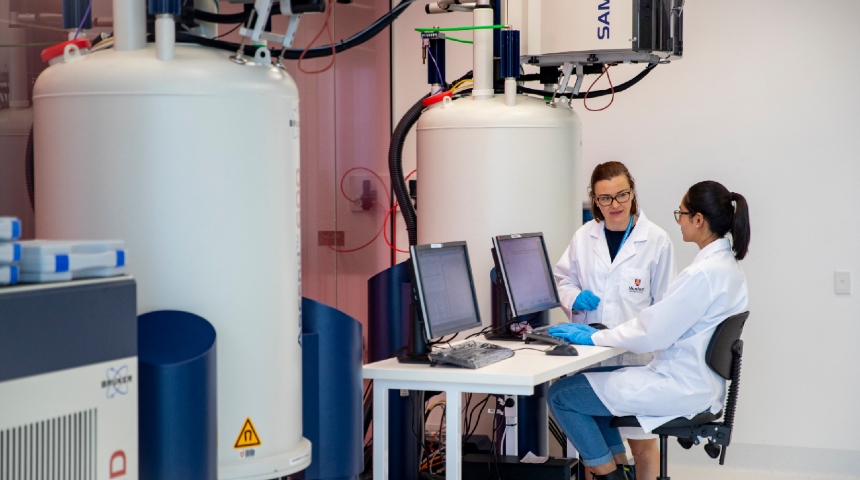 Image caption: The Australian National Phenome Centre has one of the largest suites of nuclear magnetic resonance spectroscopy technology in the world.

The team is using a combination of nuclear magnetic resonance spectroscopy, which works on differences in atomic structure of different foods, and mass spectrometry with liquid or gas chromatography, to separate out the molecules before identifying them.

The spectrometer creates a nutrient and metabolite profile of each food – a unique code which can then be used in several applications.

"Once we have these fingerprints and know what the benchmark for ‘good’ is, we can measure different products and their level of nutrition. This process is called metabolic profiling," explained Professor Holmes.

“Looking at these breakdowns, we can understand the chemical profile of high value foods and analyse the changes which occur when you cook with them, freeze them or store them.

“We want to make sure all the way through their ‘life span’ from growing to eating, that the nutritional value is maintained.”


Understanding why we respond differently to the same diets

The nutrient and metabolic profiles of food developed in this research are being used to understand why individuals respond differently to the same foods.

They are working to answer the age-old question: Why is it that some people can eat whatever they like and not put on weight, while others just have to ‘look’ at fatty foods to gain a clothing size?

Professor Holmes’ team has been researching a number of clinical subjects’ metabolic profiles in order to bring us closer to understanding this.

The idea that individuals each have a metabolic profile which can be drawn from information inherent in their bodily fluids is not a new one. It was in the late 1940’s that American Biochemist Roger Williams suggested that diseases such as schizophrenia could be predicted by analysing metabolic patterns in urine and saliva.

“It wasn’t until the late 1970’s when advances in technology and the use of gas chromatography-mass spectrometry that we were able to measure these patterns. And with the advent of increasingly powerful platforms and machinery, the applications for this research continue to expand,” said Professor Holmes. 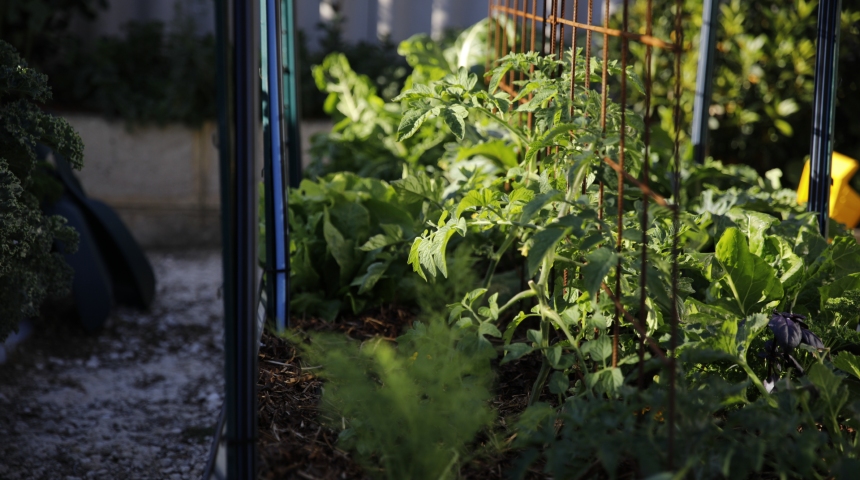 Image caption: The research is exploring why we each respond differently to both healthy and unhealthy foods.

Applying this technology has delivered recent evidence that individuals respond differently to the same diet in terms of impact on metabolism and clinical outcomes.

“While broad healthy eating guidelines are a great start to addressing disease risk, the fact we all respond differently to the food we eat suggests there is significant further benefit to be gained from applying precision nutrition,” said Professor Holmes.

Healthy eating campaigns, prominent in Australian media in the 1990s, promoted the increase in consumption of fruit, vegetables and fish, and decrease in saturated fats, sugar and salt.


However, recent evidence suggests individual metabolism is affected by more than what you’re putting into your body – it’s influenced by what’s already there.

“Recent studies have shown that inter-individual differences in the metabolic effects of food exist, and that at least some of these differences may be attributable to the bacteria in your gut,” explained Professor Holmes.

“What this means is, the effect that one food may have on a person’s metabolism may be completely different for another person, based on how the bacterial biomes within the gut interact with both healthy and unhealthy food.


Delivering on the promise of precision nutrition

Professor Holmes’ research into the ‘goodness’ of food continues to be incorporated with her studies into metabolic profiling to develop the scientific basis for personalised diets.

“Our research seeks to explore the feasibility of using ‘precision nutrition’ as either a means to maintain health or reduce the risk of disease,” said Professor Holmes.

“In general, vegetables are good, but one person might have a different response to broccoli than another, depending on their metabolic response. We’ve run projects where over a period, we’ve put a group of people into metabolism ‘suites’ where they weren’t allowed to leave and fed them a variety of diets.

We compared their reactions to both healthy diets and unhealthy diets and found that people’s blood chemistry didn’t change much. However, for some people, their metabolism is more responsive to diet.
Professor Elaine Holmes


"For example, those who are at risk of diabetes, either overweight or hypertensive, may respond well to some dietary changes, but not to others and this response may vary from person to person.

“Hence the idea of precision nutrition – figuring out what’s going to work for each person.”

Professor Holmes and the Murdoch team, together with Professor Gary Frost and Dr Isabel Garcia Perez from Imperial College London have developed methods for characterising the metabolic interactions that occur within our gut and has applied these to the study of gastrointestinal related diseases including colorectal cancer, obesity and inflammatory bowel disease.

“We continue to work towards research which will uncover a pathway towards a healthy, disease free population,” she said. “The more we know about the microbiome, the more apparent it is that precision nutrition has a significant role to play in achieving in this.”

Learn more about research at the Health Futures Institute.
Posted on:

When technology and forensic science collide