David Pethick is dubbed ‘The Layman’s Professor’ for his ability to bridge the gap between basic scientific research and its practical application.

In an academic career spanning 49 years, Professor Pethick has made a remarkable contribution to the generation and implementation of new knowledge that has changed the livestock industry in Australia and around the world.

Among his 264 papers published in scientific journals are a number of outstanding publications widely recognised as identifying and developing new basic concepts that have had profound implications.

Some highlights include studies on the dietary manipulation of intestine bacteria in pigs and understanding the regulation of glycogen metabolism and the development of marbling in lamb and beef.

Perhaps his best-known work is leading the team that designed and led the adoption of the internationally acclaimed Meat Standards Australia system, the world’s first comprehensive paddock-to-plate meat grading system.


A farm boy from the beginning

A love of the land has been part of Professor Pethick’s life from the very beginning, having grown up on a mixed farming property in Ashbourne, in the Adelaide Hills.

“Our property was a mixed farm with orchards, sheep and cattle which was a bit more common in the old days. If one enterprise didn’t work then you had the others to rely on. Mum ran the books and all the record keeping for the Border Leicester stud, as well as working on the farm.

“Every day, Dad, Mum and I would run around the farm, tagging the new lambs and linking them with their mothers, and this is how we kept the records,” he said.

When our records were finally converted to digital, we had the highest breeding rate of any farm, much to the credit of mum’s diligent work.”

Professor Pethick was the first person in his town to ever go to university.  After completing a degree in Agricultural Science at Adelaide University, he was invited to do PhD studies at Cambridge University.

For the kid from the country, this was a big decision to make.

“I asked my parents if they thought I should take this scholarship. They told me if I didn’t, then I was mad, and to get off my backside and go do it. So I did.”

His PhD studies at Cambridge involved pure scientific research to discover how the tissues of sheep and cattle gain their nutrients and energy via volatile fatty acids, glucose and long chain fatty acids.

The way in which these fuels were used to form sugars and fat in the body was revealed by Professor Pethick’s early work and helped to explain how sheep and cattle adapt to the harsh Australian climate.


Finding a match at Murdoch

After three years living in the UK, a job came up at Murdoch and he travelled to London for an interview.

“I caught a train to London to be interviewed by the esteemed Professor Dukes and he seemed impressed about my ability to apply a farming perspective to the theory.  Obviously, it was enough to impress the ‘powers that be’, and I flew back to Australia to start my career at Murdoch in 1980.”

With the help of senior colleagues within the University and the Western Australian Department of Agriculture, Professor Pethick started to build his body of scientific research and champion its practical application.

“Their strong applied knowledge and extensive industry networks coupled with my theoretical knowledge in the areas of muscle and fat biochemistry and digestive physiology helped me to transpose my knowledge into practical nutritional and meat science and gave me the critical industry connections needed for survival in this field.” 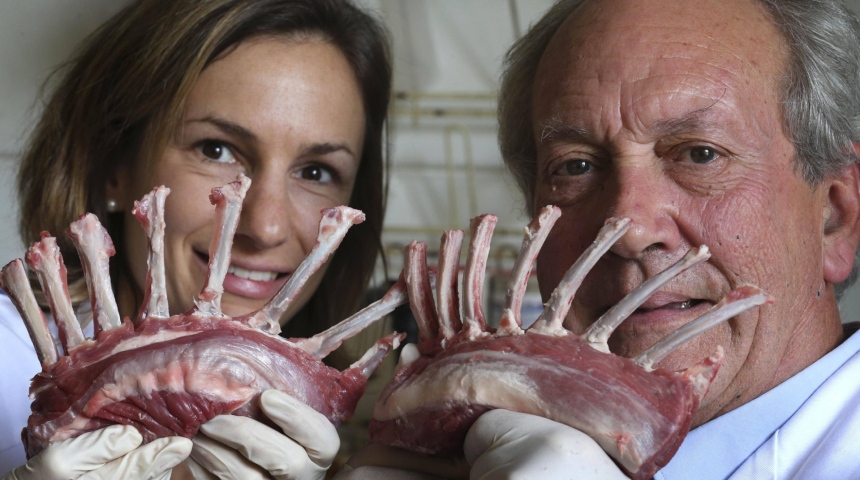 Professor Pethick's list of achievements over 40 years of service to the industry and Murdoch University is extensive.

Awards include the International Meat Secretariat Millennium Prize for Meat Science and Technology, the ‘Howard W Yelland Award’ awarded by the Beef Improvement Association in recognition of outstanding contribution to the Beef Industry and the Médaille de l'Académie de la Viande for meritorious contributions to education, research and development of the meat industry.

Many of these awards are based on his influential role in the development of the Meat Standards Australia grading system for underpinning the quality of lamb and beef. He has also been awarded university teaching prizes and service awards.

After a distinguished career, Professor Pethick hangs up the lab coat this year to make way for fresh ideas from the next wave of industry pioneers.

“It’s time to step aside and allow a new appointment to continue the momentum of our wonderful team of teaching and research academics in the area of veterinary and animal science,” said Professor Pethick.

In what he sees as his greatest achievement, Professor Pethick retires having made an indelible contribution to undergraduate and postgraduate teaching. He has examined 24 PhD theses and graduated 28 postgraduate students.

These students are all employed in Universities and Departments of Agriculture or Industry across the country, with several developing into leaders of the future.

“My students have won numerous national and international prizes and are currently employed in many influential positions within universities, funding organisations and rural businesses. I am very proud of the senior, mid-career and young staff working with me, I am proud of the gender ratio within the department and I am proud of all of their achievements.”

“What you leave behind as a legacy is more important than what you did.”
Learn more about the work of the Food Futures Institute
Posted on: