Stop the rot – a different kind of food fight

WA scientists are sowing the seeds on the world’s agricultural future, creating super foods that are stronger, healthier and more productive, with less waste.

The groundbreaking research at the Food Futures Institute comes as the world faces a growing hunger crisis fuelled by the coronavirus pandemic and predicted by the United Nations to push 30 million people to the brink of starvation this year.

It's innovative work in securing the world's food supplies, which the UN says needs to increase by 60 per cent by 2050.

“Using an exciting set of new breeding and agricultural technologies, we believe that though science and technology, researchers will be able to increase the world’s food production to feed 10 billion people in a sustainable manner by 2050,” Professor Jones said.

One of the biggest problems for the food industry is not how to make more food – the world can already produce enough to feed everyone – but how to stop a third of all food being wasted each year.

Each year more than 1 billion tonnes of food is lost or wasted, severely impacting the environment and costing USD $1 trillion, according to the UN Food and Agriculture Organisation.

Sowing the seeds of survival

Professor Mike Jones says gene editing has enabled his team to precisely alter the DNA of potatoes, wheat and quinoa.

The work is creating low glycaemic index (GI) spuds, wheat that germinates with more resistance to frost, drought and parasites, and quinoa that is less toxic.

Potatoes produce more food, on less land and faster than any other major food crop. But they also contain a form of starch, which rapidly releases glucose into the bloodstream.

“We were early implementers of this technology,” Professor Jones said. 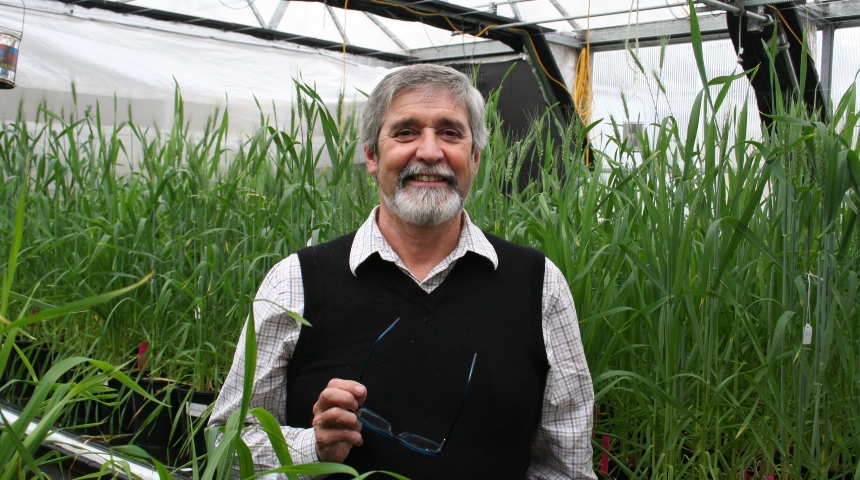 “For potatoes, this means reducing the Glycaemic Index by modifying starch composition to slow the release of glucose into the blood stream when eaten, and reducing losses caused by browning when processed into chips,” he says.

Professor Jones says his team are also working to increase the expression of genes in wheat that control yield and tolerance to environmental stress.

“For wheat we are working to improve frost tolerance during grain development,” Professor Jones said.

“Widespread frost can cost Australian farmers up to $450 million in lost yield.”

The team are now also applying gene editing to improve quinoa by removing saponins, which are soapy, bitter, natural compounds that can irritate the stomach.

In April 2019, the Australian government deregulated the use of gene editing in crops.

“This technology can now be used more widely.”

Across the hall, Murdoch University plant pathologist Dr Kirsty Bayliss is extending the life of food by zapping it with a specialised type of gas called 'cold plasma'.

Dr Bayliss says instead of using chemicals, this plasma can be used like a bolt of lightning to kill spores of mould or fungus and stop them from germinating on fruit such as avocados.

We have extended the shelf life from normally about five days out to almost three weeks, and that is solely by reducing the pathogens that cause the avocados to go black."
Dr Kirsty Bayliss

Cold plasma is already used in medicine or dentistry to treat wounds. And despite being terminal to pests, it is safe for use in humans.

"Basically, it's just an ionised gas, you are applying an electrical current to a gas, and we are just using the air and it creates this plasma," she said. 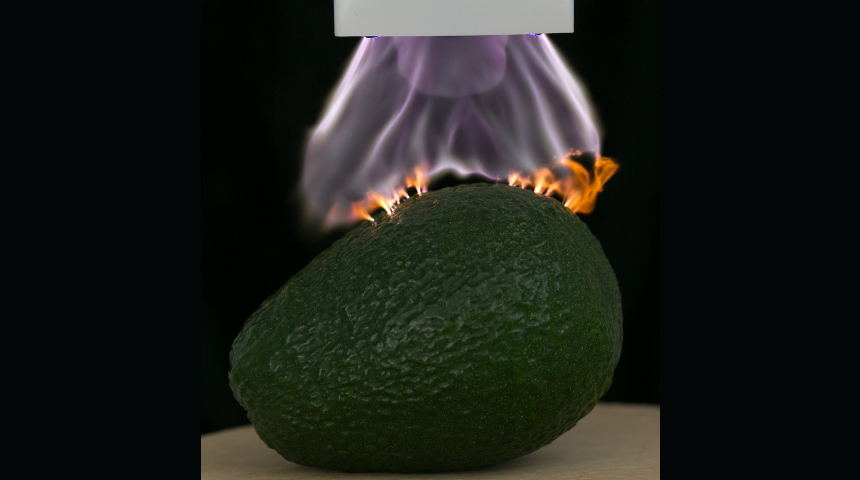 Image caption: Cold plasma is a low cost, chemical free treatment that can be used to kill pathogens.

The research has also discovered that cold plasma kills bacteria such as Salmonella and E. coli, and viruses such as norovirus, which causes gastroenteritis.

“On a commercial level, it could be used to treat plants, food and flowers at scale, and on a domestic level it could be implemented as a simple battery or solar powered device which can be used at home to kill bacteria or mould on foods.”

The Murdoch University team are also using the treatment to improve germination rates in wheat seeds and to eradicate storage rot in truffles.

“We want to make sure local growers, like apple producers, find ways to use their excess apples after supplying supermarkets or export,” Dr Solah says.

Murdoch University is part of the WA Food Innovation Precinct in Nambeelup, a 16-hectare solar-powered complex that, among other things, will house processing equipment so researchers can work with industry to curb waste from crops.

We don’t want to be using waste in the real term – only food grade seconds and uglies that aren’t going to be sold, then produce something delicious and nutritious."
Associate Professor Vicky Solah

Those seconds would normally end up rotting or being ploughed into the ground.

“This research is waste prevention.”

Dr Solah says the work going on at the WA Food Innovation Precinct will help to eliminate global food loss and waste.

“By reducing costs and providing opportunities for growers to work with researchers on the creation and development of new products, it creates new economic opportunities and employment.”

Learn more about our research.
4