WA high schoolers kicked off their summer holidays in style with Murdoch University’s Sound On Festival – the Summer Edition.

The popular music festival for high school students hosted close to 3000 attendees this year at the RAC Arena with a fresh line up of local artists!

It’s been a tough few years for WA youngsters, so this summer Murdoch University provided them with the opportunity to celebrate the end of the year with their friends, groove to live music and have some fun at Sound On. 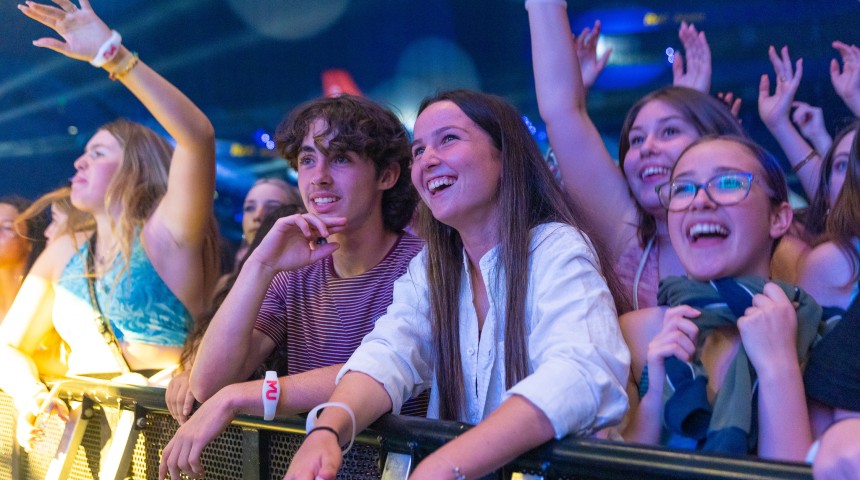 Between a talented line up of internationally known, local music artists and exciting festival activities, high schoolers were given an extraordinary experience.

With a silent disco, glitter and hair braiding bar, gaming hub, chill out space and photobooths around the Arena, teens had time to dance, relax and enjoy time with their friends.

For Sound On 2021, we had some new highlights for attendees. After receiving a bucket-load of requests for more photo opportunities after our previous festival in 2019, we added a fancy 360-photo station to capture everyone's good side – they asked, we listened! We also had well-known TikToker Hannah (@thexhan) who danced alongside teens in the silent disco, even receiving a shout-out from Bexx during his set. 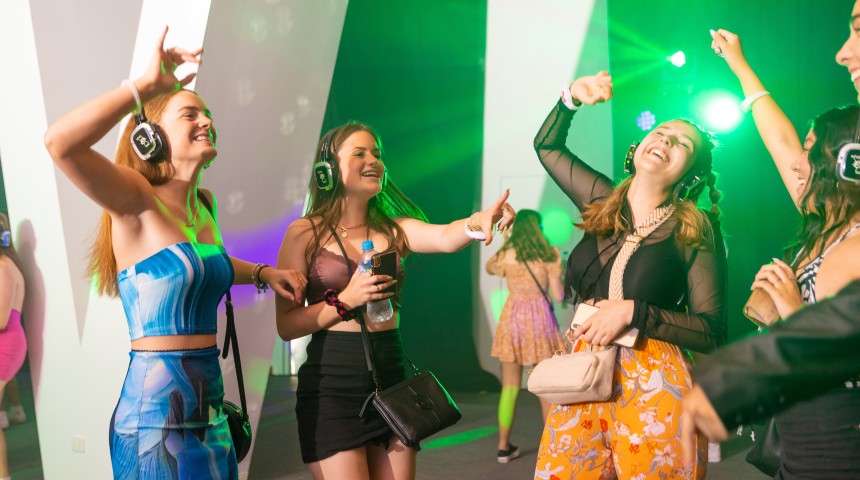 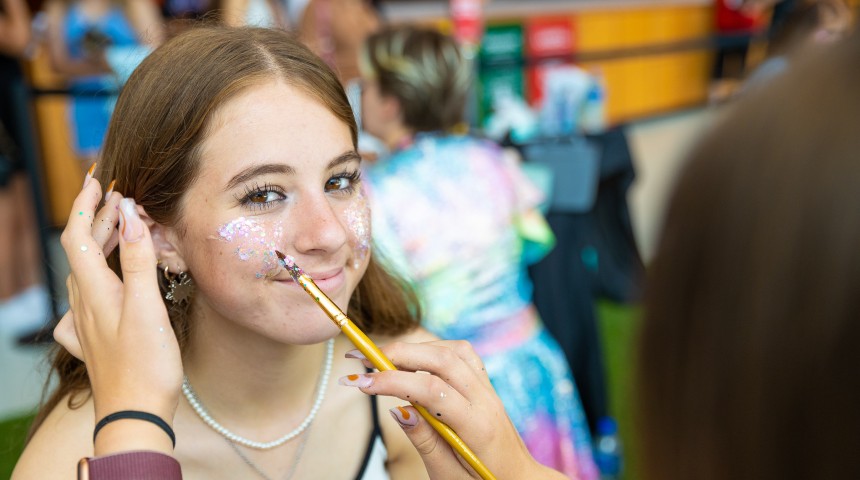 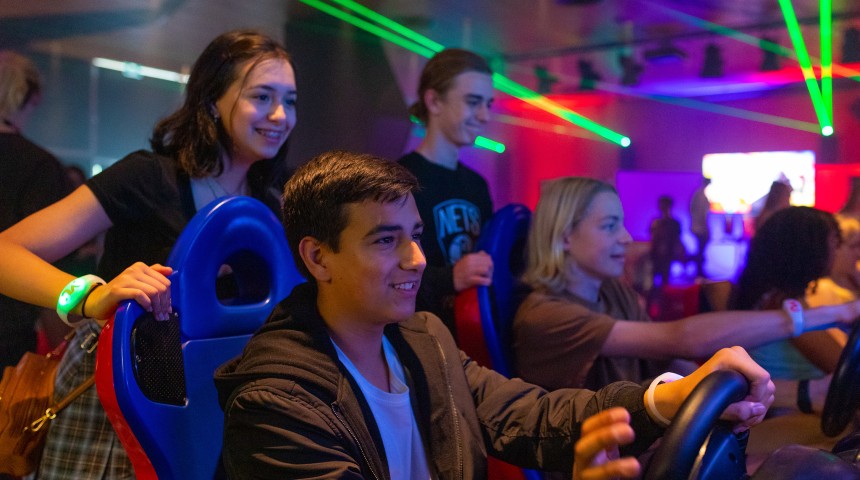 Murdoch University’s very own alumni, DJ Nik, got the party started at 2pm with a mix of hip-hop, RnB and old-school throwbacks. Followed by Jamilla, Tina Says and Bexx, teens raved to this line up of talented DJ's.

At 5pm, Corroboree For Life acknowledged the Traditional Owners of the land, paying respects to Elders, past, present and emerging. With traditional dance and music played with the didgeridoo, it was a special performance for WA high schoolers. 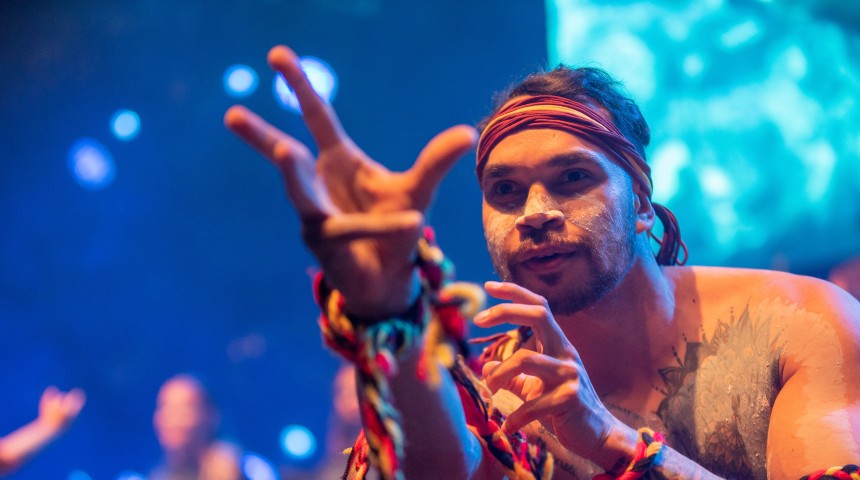 Arno Faraji followed the Acknowledgement of Country, rapping his fresh hip-hop music to keep the good vibes going as the sun set.

At 6pm, WA homegrown four-piece band San Cisco played fan favourites 'Too Much Time Together’ and 'When I Dream’, with the crowd singing along. 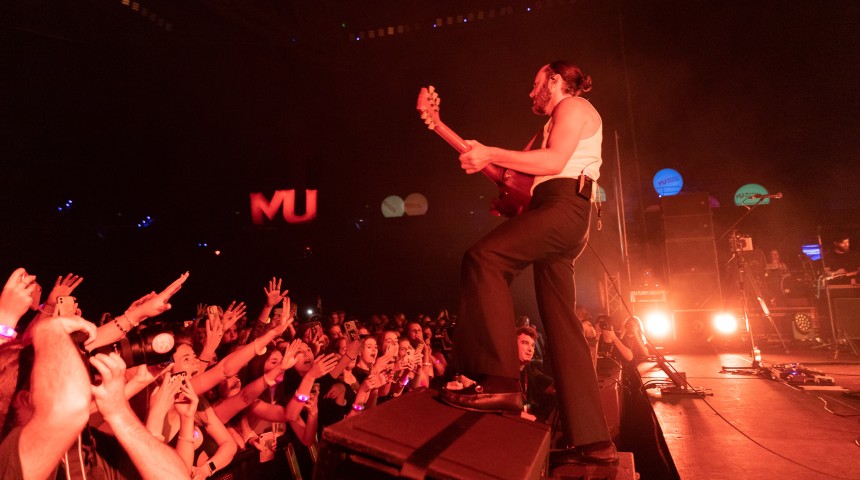 Up next, Fremantle indie rock band, Spacey Jane played their well-loved song ‘Booster Seat’, winner of the 2021 ARIA Song of the Year by YouTube Music. 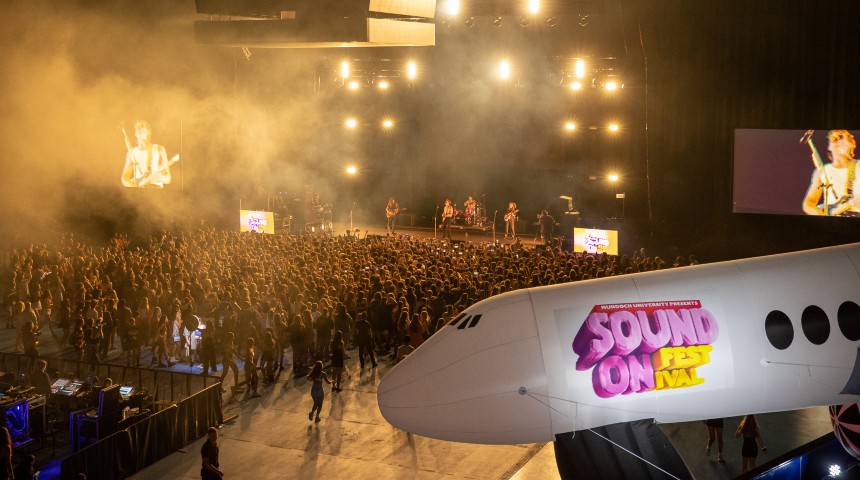 The night finished with a performance from headlining act What So Not, celebrating their 10-year anniversary since the artist began performing. Playing crowd favourites like 'High You Are’ and 'Gemini’, it’s no surprise that teens finished the night with a bang. 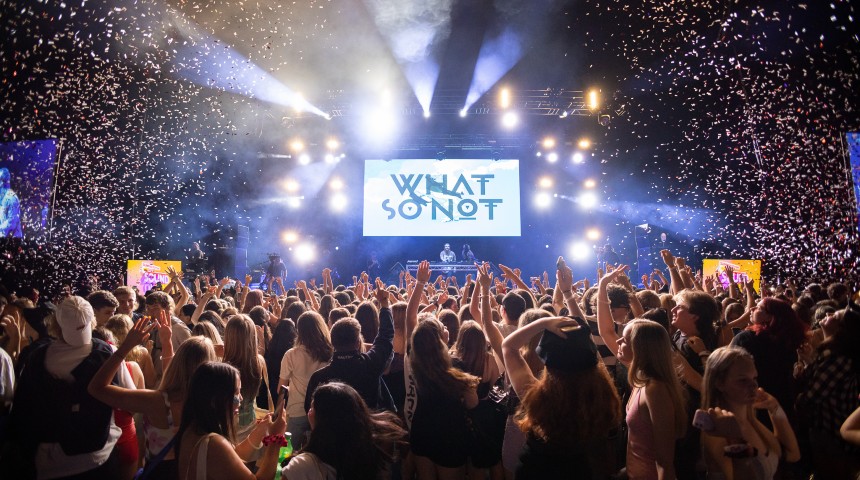 Sound On Festival 2021 was a success with thousands of teens attending, enjoying the live music, games and entertainment offered throughout RAC Arena. We look forward to seeing high schoolers again next year!