New research from the Harry Butler Institute has found changing water levels in the Fitzroy River is impacting freshwater sawfish growth and survival.

The study found freshwater sawfish can lose around ten per cent of their body mass each year during the long dry season, implying they aren’t able to catch enough prey to satisfy their energy requirements.

Freshwater sawfish are listed as Critically Endangered by the International Union for Conservation of Nature.

Lead researcher Dr Karissa Lear from the Harry Butler Institute said the project revealed sawfish were considerably healthier in years with greater wet season river flows, allowing them to build a higher resilience to the long dry seasons that follow.

“We could physically see sawfish becoming much fatter following large floods, after they have had more opportunity to feed during periods where the river floodplains were inundated,” she said.

Dr Lear explained productivity and food availability in the Fitzroy River are highly dependent on the level of wet season flooding; large floods pull in more nutrients and increase the amount of fish and crustaceans in the river for sawfish to eat.

“The increased weight sawfish have accumulated following bigger wet-seasons provides an important buffer for the following harsh dry season and help to prevent individuals from perishing from starvation.” 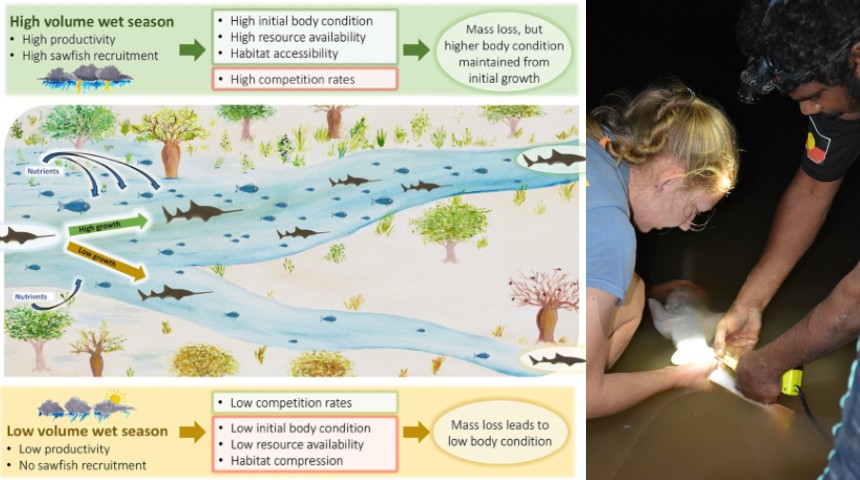 “There are currently a number of proposals for water resource development that could change river flows during the wet and dry seasons,” she said.


“Our data may be crucial to help inform the water resource management of the river, so that the population of sawfish in the Fitzroy, and the ecosystem as a whole, can be protected.” 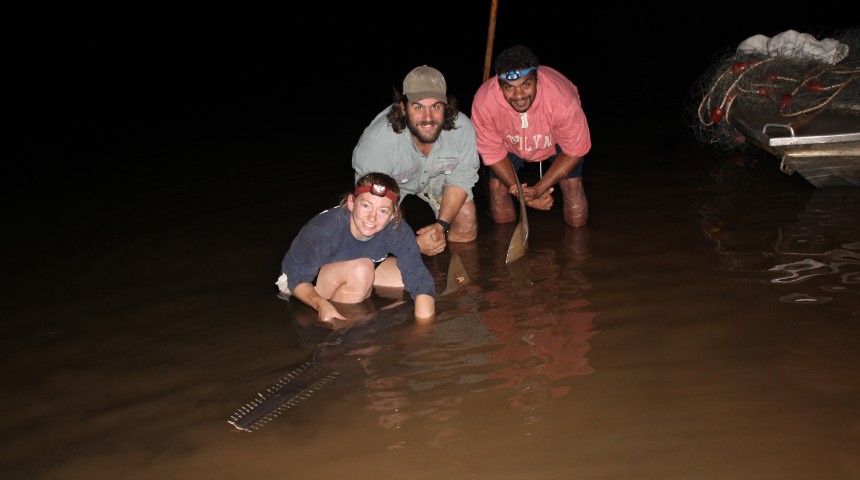 Project Leader Dr Adrian Gleiss said although it is widely known that terrestrial animals suffer from droughts, surprisingly little is known about how aquatic species respond.

“We had long assumed that the dry season is a very harsh time for sawfish, but only now are we able to see how tough these fish do have it when rivers do not flow,” he said.

Importantly, the Fitzroy River is considered one of the last bastions for a species that has disappeared from more than 60 per cent of its historical distribution.

“Given the importance of this area for sawfish, we are pleased that our data can contribute to the sustainable management of the Fitzroy River’s water resources.” 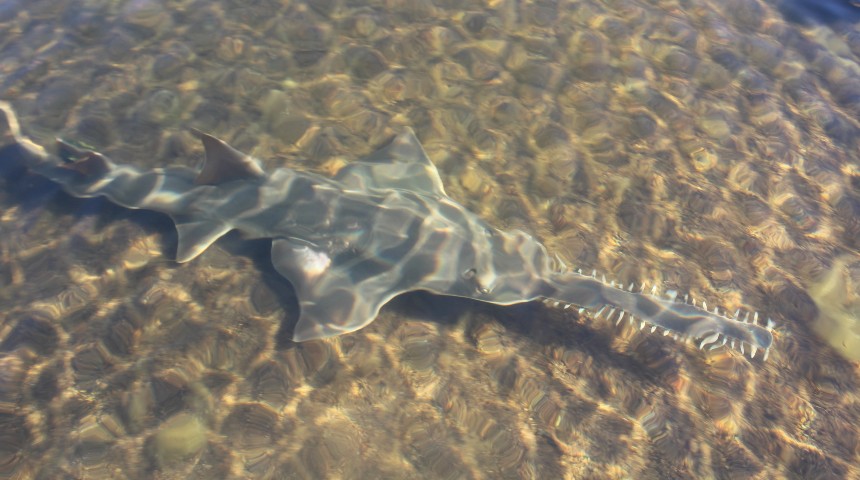 This work was funded by the Australian Research Council, the Forrest Research Foundation, Holsworth Wildlife Research Endowment, and Graduate Women Western Aaustralia, and was conducted with substantial assistance from the Nyikina-Mangala Rangers.


Read the full research paper published in Science of the Total Environment.
Posted on: