Rare diseases often take a back seat when it comes to public awareness and advocacy. But a team of researchers have made it their mission to find treatments. Their genetic discoveries are extending lives.

Duchenne muscular dystrophy was long considered untreatable. The most common and serious form of childhood muscle wasting, the disease arises from mutations in the dystrophin gene. People with the condition are typically wheelchair dependent before age 12 and many do not survive beyond their mid-20s.


The idea that Duchenne muscular dystrophy was untreatable was challenged by Professors Sue Fletcher and Steve Wilton.

And while a cure is still a distant hope, they have developed a novel treatment that has changed the natural progression of the disease for the better.

Their research team has now delivered the three U.S. Food and Drug Administration approved treatments for the disease. These drugs exploit the cell machinery to trick cells into ‘skipping’ over the disease-causing error in the gene, acting as genetic ‘whiteout’.

Professor Wilton had the initial idea to skip the defective part of the gene message while at a conference.

“I found that natural exon skipping and restoration of the missing protein was happening sporadically at very low levels. We have come up with a way to make this happen at levels that slow the muscle wasting.” 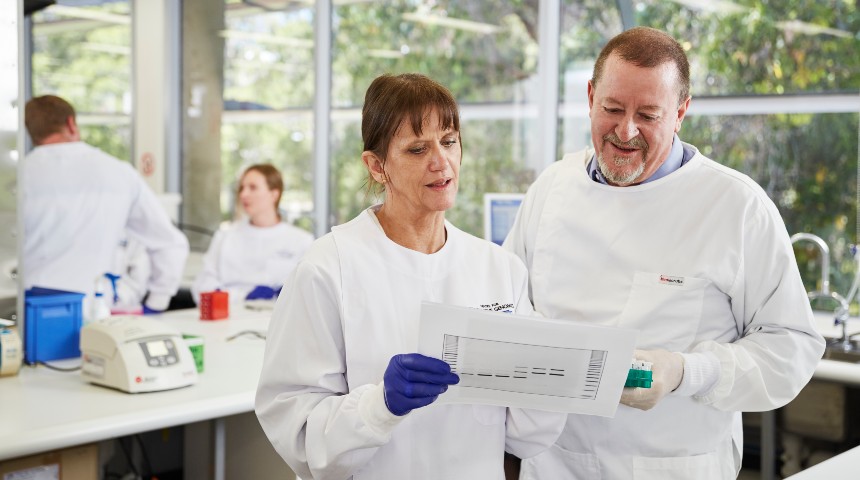 The initial idea began a research collaboration with Professor Fletcher and Sarepta Therapeutics spanning two decades to develop the first ever treatment for DMD, approved in 2016. This heralded a new frontier in the treatment of DMD.

Until that point, there hadn’t been any approved therapy that addressed the underlying genetic defect.

Clinical trials of the first drug, Exondys 51, in the United States found the treatment slowed disease progression by delaying the loss of muscle function.

“Through the trials we saw these kids with DMD doing things they would not ordinarily be doing. Boys who would normally be wheelchair-bound were still able to walk into their mid- to late-teens,” said Professor Wilton.

Their respiratory function stabilized, they could open a can of drink or hold a phone to their ear – things we take for granted but are not possible in the later stages of DMD.”

A second drug, Vyondys 53, received accelerated approval by the U.S. Food and Drug Administration in 2019. While this means ongoing evaluation of its benefits, both the treatments are now accessible to patients in the United States.

A third treatment, Casimersen, has received accelerated approval by the United States Food and Drug Administration (FDA) and is now available in the US. The drug has the potential to treat eight per cent of patients with Duchenne by skipping exon 45 during dystrophin expression.

Each drug is tailored to different mutations in the dystrophin gene and the goal now is to see as many different patients treated as possible. It's been estimated about 80 per cent of DMD individuals could respond to this type of treatment, if all the potential drugs can make it to the clinic.

“This could be any family’s disease,” explained Professor Fletcher. “This disease could strike any family that has a boy and you don’t need a family history of DMD. The gene is unstable and easily mutated.”

One of those families to have their lives transformed by the treatment is the Ellsworth’s, whose son Billy was a participant in one of the original clinical trials in the United States.

“At the age of 11, Billy was unable to walk up or down a small bush incline in his hometown in Pittsburgh without someone either side to stabilise him,” said Professor Wilton.

“Two years after starting the treatment, not only was Billy able to walk independently down the same path at a time when he should be in a wheelchair, his breathing stabilised and he could whistle as he walked up hill.” 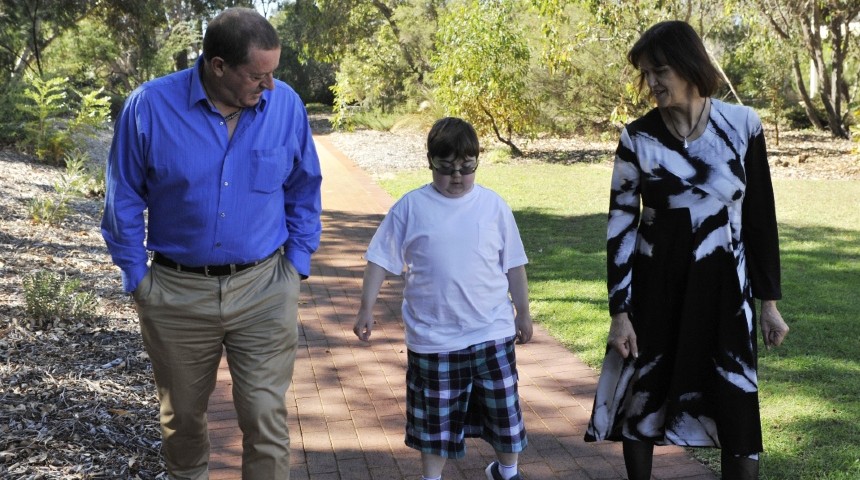 Image caption: Professor Steve Wilton, Billy Ellsworth and Professor Sue Fletcher taking a walk on the Murdoch campus during a visit from Billy from the United States.

The loss of the ability to walk is a significant milestone in the progression of the disease, so keeping boys on their feet is crucial.

“If we can keep these young men walking, this reduces contractures and other complications of the disease; improves their breathing; and maintains their independence and health and wellbeing,” said Professor Fletcher.

"To see a real outcome in terms of a change in people’s lives is enormously rewarding for our team and provides hope for the Duchenne community.”

Today, Billy is still able to walk and is attending college in the United States. He turns 20 in January, 2021. 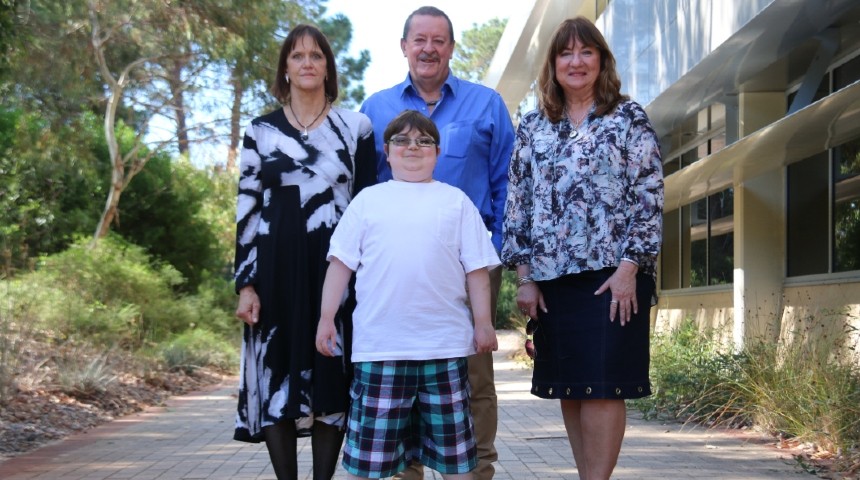 Progress in the world of rare diseases has historically centred on gene discovery and identification. Diagnosis has typically been delayed because of how complex they are.

Once the genetic basis of a disease has been defined, exploration into the pathogenic pathway can begin and potential treatments can be planned.

This is the focus of teams like Professors Fletcher and Wilton’s at the Centre for Molecular Medicine and Innovative Therapeutics, which is dedicated to advancing the treatment of these rare diseases.


One of the great advantages of this focus is that the therapeutic platforms they develop, such as that for DMD, could be applicable to many rare diseases.

“This is really the thin end of the wedge for this type of therapy,” said Professor Wilton. “Depending on the type of mutation and the gene, we could theoretically treat and in some cases correct a variety of diseases that have previously been considered untreatable.

“This type of precision medicine has the potential to transform healthcare on a scale equivalent to the way antibiotics transformed the fight against infectious diseases. Indeed, we are collaborating with colleagues in Monash University to re-design our drugs to address COVID-19 infections”.

There are over 7000 inherited diseases and this type of therapy could be applied to many of them, depending on the type of mutation.

“The reason one gets into medical research is to try and make a difference,” said Professor Wilton.

“And we believe we are doing that.”

This research supports the United Nations Sustainable Development Goal 3 and 10.