An early interest in fishes and the sea were the reasons Professor Beckley decided to pursue a career in marine science. It also helped that she ticked some of the qualities needed to achieve success – an inquisitive mind, tenacity and eagerness to make discoveries.

Little did she know that her initial MSc research in intertidal ecology of St Croix Island off the South-East coast of Africa would lead to a successful career in Australia.

Professor Beckley received a PhD from the University of Cape Town (UCT) in 1985 for her study on the nursery areas of coastal fishes. She was awarded an international post-doctoral fellowship to work with Professor Ian Potter at Murdoch University and spent a year in Western Australia.

“After that, I returned to UCT and led an expedition to sub-Antarctic Marion Island and pursued my interest in fish larvae, before eventually getting the position of Principal Scientist at the Oceanographic Research Institute in Durban,” she said.

There, she worked on a range of diverse fields including biological oceanography of the Agulhas Current (the western boundary current of the southwest Indian Ocean), general fish biology, recreational and subsistence fisheries and completed several fisheries and conservation projects along the east coast of Africa.

“In 2002, I returned to Murdoch University to lead the Marine Science programme, lecture in coastal and marine management and focussed my research on marine resource use and biological oceanography of the Leeuwin Current.” 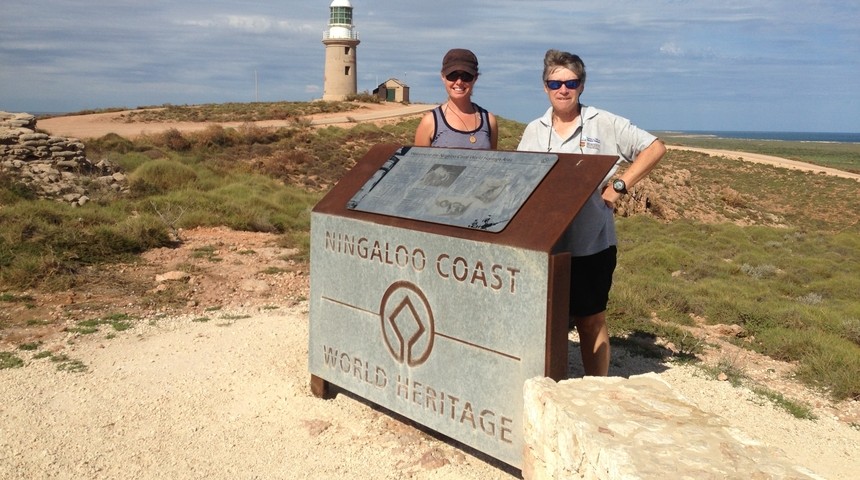 She admits that she’s had a ‘pretty eventful’ marine science research career where her work has taken her across the globe.

“I’ve worked along much of the African coast, at a sub-Antarctic island, all over Western Australia including the South-West, Ningaloo and the Kimberley, written books and research papers and even raced around the world as a navigator on a high-tech yacht,” she said.

“Then there have been the many oceanographic voyages in the Indian Ocean that we have conducted with students from Murdoch University and colleagues from institutions such as CSIRO and UWA.

“On these voyages we have examined the Leeuwin Current, its eddies, and the effects of these oceanographic features on the larvae of fishes and rock lobsters, krill and other zooplankton” she said.


Most recently, in 2019, she led an international research team on the RV Investigator that contributed to the second International Indian Ocean Expedition.

“We retraced an oceanic transect along the 110° East Meridian, about 300 km offshore of Western Australia, that was last investigated in 1963. During this 32-day voyage we completed a wide range of studies including the effects of climate change, oceanographic processes, microbes, plankton, food webs and bio-optics.”

Professor Beckley admits it was a career highlight.

“Now, the analysis of the data and samples are keeping many scientists and their students occupied!”

Professor Beckley is an advocate for protecting our oceans and hopes that she has offered inspiration to the next generation of Marine Science students.

Perth has distinct dolphin communities and they each need different protections

Unlocking the development of superior lupins