Recognising a lifetime of work in Indigenous health

Professor Rhonda Marriott’s career spanning more than 50 years in nursing and midwifery, academia and Aboriginal health has been recognised with the awarding of the 2020 Lifetime Achievement Honour at the WA Nursing and Midwifery Excellence Awards.

The WA Nursing and Midwifery Excellence Awards (WANMEA) were held on Saturday 15 May 2021 where the 2020 Year of the Nurse and Midwife was celebrated.

WANMEA honours were awarded to acknowledge WA nurses and midwives working across the private, public and non-government sectors.

Professor Marriott is the Director Ngangk Yira Research Centre for Aboriginal Health and Social Equity.  She first joined Murdoch University in 2003 as its inaugural Head of the School of Nursing, developing high-quality courses and creating new entry pathways for Aboriginal students.

“Professor Marriott is an inspiration and a trailblazer,” Professor Leinonen said.


Through her work, Professor Marriott has inspired the work of countless First Nations’ nurses and midwives to improve the lives and life outcomes for thousands of Aboriginal people while also building capacity in the Indigenous health workforce.

“There is no doubt we have more Indigenous nurses and midwives improving the lives of others because of the influence of Professor Marriott on their careers.

“Moreover, Professor Marriott has made a significant contribution to culturally inclusive clinical best practice, incorporation of social and emotional wellbeing concepts into models of health care, Aboriginal maternal and early childhood and cultural competence through her research and teaching.


Murdoch University is privileged to have Professor Marriott mentoring, motivating and educating our students.”

Professor Marriott said it has been an unbelievable privilege to have served the nursing and midwifery professions throughout her lifetime and to have had the special opportunity to inspire so many others to become nurses or midwives through her clinical practice and teaching.

"In the last decade, it has been my greatest privilege to lead the Ngangk Yira research team in providing evidence for policy and clinical changes that will make a difference for so many Aboriginal women and their families in Western Australia," Professor Marriott said.

"My greatest inspirations throughout my career have been my mother and my husband – they have constantly encouraged me to excel and to do the very best I could in serving the community.” 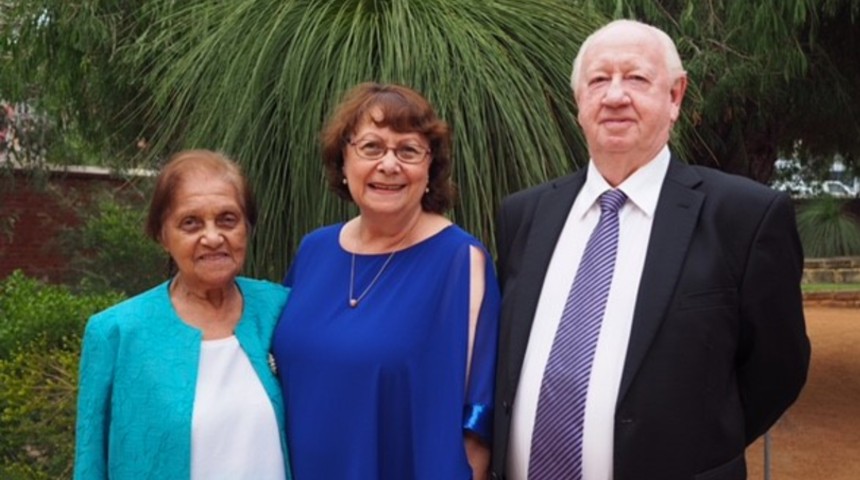 The current Head of Nursing at Murdoch University, Professor Cathy Fetherston describes Professor Marriott as having “a great vision” and says her work in nursing practice and education has brought meaningful change.

“She was particularly driven to help indigenous people, Aboriginal people, to become nurses and to actually make a difference in their own people’s lives," Professor Fetherston said.

One example is a programme created by Rhonda Marriott to develop a pre-nursing programme for indigenous students enabling them to qualify for university.

“It was (later) taken over by the university more broadly so that Aboriginal people had the opportunity to go into lots of different programmes.”

It aims to educate and to empower both the mothers and families but also the health professionals providing their care.

“This is Rhonda’s passion – helping her people,” says Fiona Stanley.

Earlier this year, Professor Marriott was made a Member (AM) of the Order of Australia (General Division) and in 2019 she was inducted into the WA Women’s Hall of Fame.

Scientists create concrete from waste to pave our sustainable future