Two Murdoch University students have made the cut from nearly 200 competitors at the Australian Intercollegiate Meat Judging competition to participate in an industry tour in Brisbane later this year.

The five-day event attracted participants from 12 universities around Australia and four international teams from Japan, Pakistan, USA and Indonesia.

Following on from her performance, Renae was chosen as the coaches pick to attend the Brisbane training week for her dedication and passion for the Australian red meat industry.

“ICMJ has to be one of the best experiences, it never failed to inspire me about my future in the red meat industry,” Ms Piggott said.

“Being able to network with industry professionals and like minded students, as well as learn about relevant information, has opened up my mind to the challenges and all the future possibilities.” 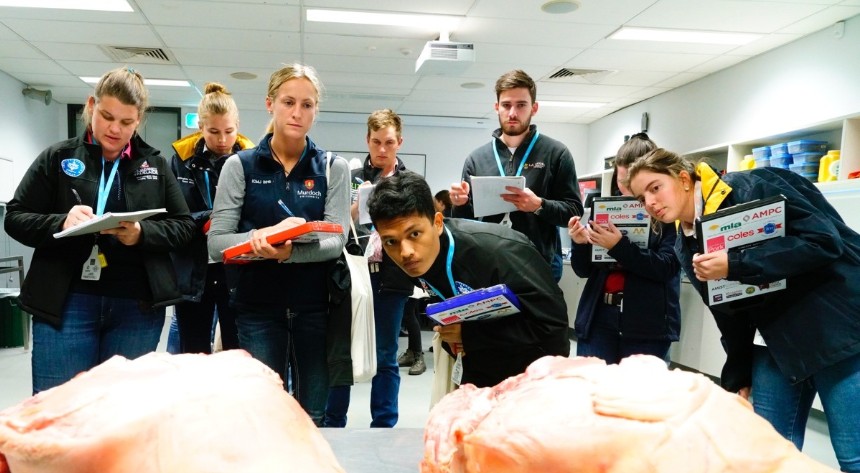 Murdoch team coach Keely McGregor said she was proud of how well the students performed this year.

“The ICMJ aims to showcase the diverse career options available within the industry to students and graduates,” she said.

“Our students displayed a strong desire to learn about the red meat industry and the networking opportunities gained from this week will carry on throughout their bright futures.

"None of these opportunities would have been possible without the support of our generous sponsors and the students are all extremely grateful for the opportunity to bring their new-found knowledge and passion back into the WA industry."

Following the industry training week in Brisbane, five students from the top ten finalists will be selected on the Australian National meat judging team for a tour of the US meat industry in the new year.

7 tips to beat the post-holiday blues

Creative showcase inspires the next generation

What to do with your uni offer once you receive it