Murdoch researchers are leading the world in their quest to make a better barley grain. What they've discovered is delivering sustainable agriculture and superior beer.

Australia is a dominant player in world barley markets, representing around 40 percent of the international malting barley trade. Western Australia produces close to half of that.

It’s a product in high demand among local and international brewers, who are attracted by its excellent malt qualities. It’s also a crucial and growing part of our diets.

“In the future, Australians will rely on both grain-based foods and grain fed meat, so studies centred around increasing both yield and quality of barley are central to our work,” said Professor Chengdao Li, Director of the Western Barley Genetics Alliance (WBGA).

“Heading towards 2030, with an estimated population around 30 million, the diet of Australians and the sustainability of our primary industries is a significant focus.”
Professor Li’s research is improving this crucial product for food and beer. In doing so, he’s supporting increasing international and domestic demand for Australian barley.

The first step in Professor Li’s mission to develop better barley was to establish its DNA profile. 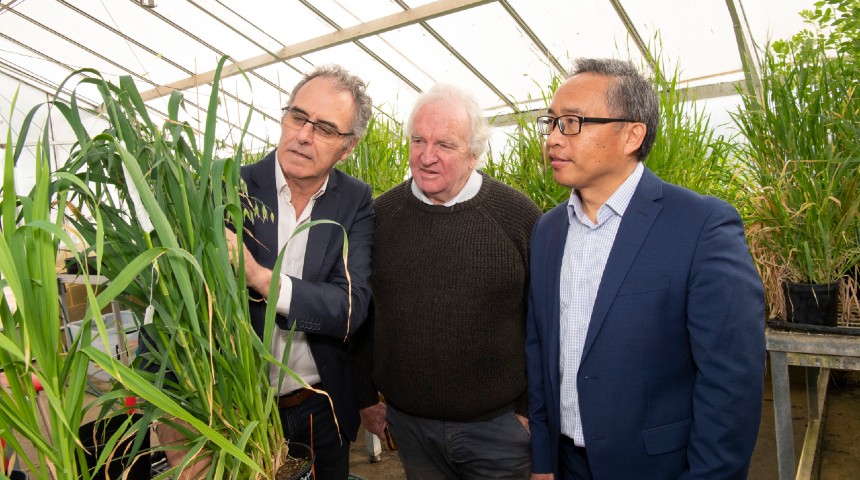 His WBGA team cracked that code and developed a barley variety identification test, which uses DNA fingerprinting technology to determine the identity and purity of Australian barleys.

“The test assists seed companies, grain traders and growers to identify the correct seed for supply and gives the end user the confidence that claims of purity can be backed up,” explained Professor Li.

“And as barley is traded as a variety-specific commodity on the international markets, an accurate low-cost test is of benefit to all.”

Cracking the genetic code led Professor Li to a deeper exploration of what makes the best barley. He uses the example of a brick in a wall to illustrate how variations in copy numbers and orientations can be used to target key traits for new varieties.

“Every brick – or gene – can look similar but different numbers of bricks put together will form a new structure,” he said.

In collaboration with scientists around the world, Professor Li’s team is identifying genes in various types of barley that are more resilient to droughts, pests, poor soils and disease.

This breakdown and mapping of every strain will enable the researchers to identify all the most desirable traits in each and combine them into one ‘super grain.’ 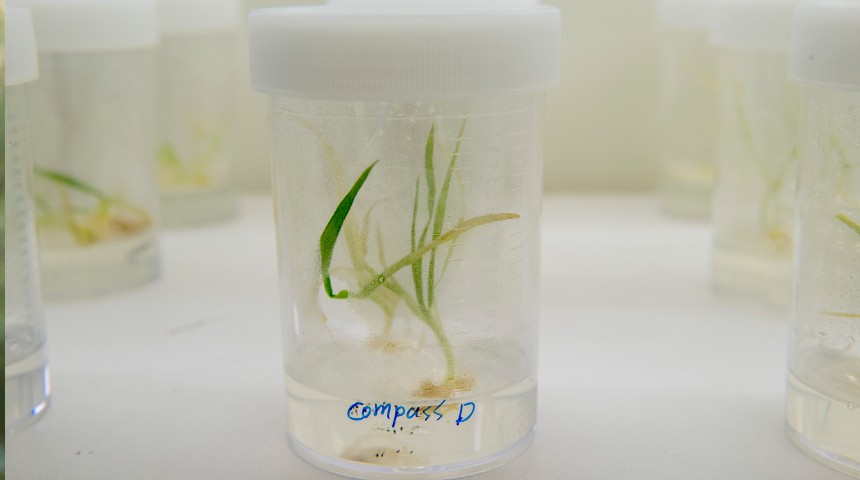 “The benefits of cracking the DNA code and combining all of the best traits into one variety could include everything from improving the yield and quality of WA malt and feed barley production, to assisting with food production in developing countries and improving food biosecurity.

“The development of a super grain would also give growers a higher profit margin and greater yields.  This in turn makes our barley more desirable to international markets,” he said.

The team has already developed several new and highly profitable barley varieties, much of which is sold into the Asian beer market. Their acid soil tolerant barley lines are estimated to add $30 million per annum to the WA economy alone. 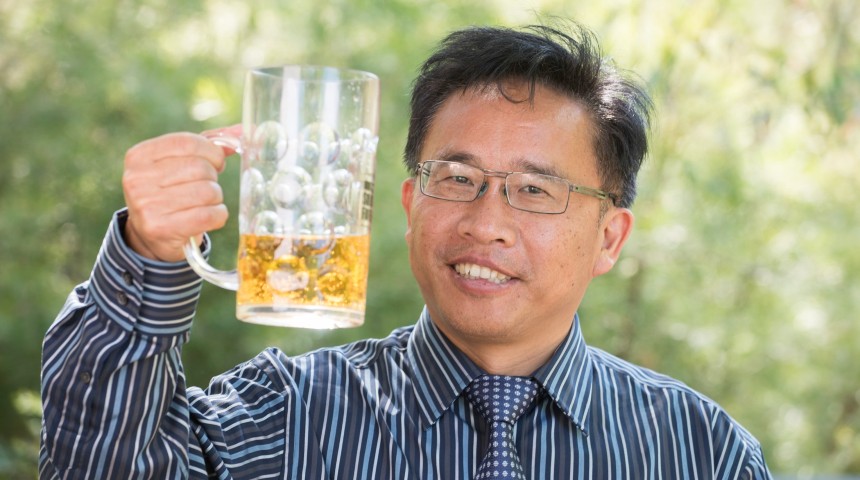 Australia accounts for around 70 per cent of China’s market for imported malting barleys. Now, Professor Li’s team have made Australia’s already in-demand product even better.

They were able to use the barley reference genome to target candidate genes, pinpoint the desirable traits for beer and improve those traits.

“We were able to identify genes which are linked with malting characteristics and proteins that affect beer shelf life and taste,” explained Professor Li.

"Then we used DNA-based technology – genomics-assisted breeding – to select the ideal genes which were responsible for cloud and sediment. This both improved the shelf life and appearance of the beer.


The process enables us to tailor-make beers to suit drinkers. Whether you like a low carb or low sediment option, we’re breeding the barley to deliver it.”

Importantly, the grains developed by Professor Li’s team will help secure supply into the future as farmers gain crops that can adapt to climate change.

“It’s a win-win situation all round,” said Professor Li.


Learn more about research from the Food Futures Institute.
Posted on:

Human faeces suspected source of superbug in penguins and pigeons

The Science of the Perfect Steak