Professor Richard Bell is fifteen years into a research journey that’s transforming agriculture in Bangladesh. The results are changing the lives of farmers, entrepreneurs and their families across the country.

“There are lots of examples of international scientists going to developing countries with bright ideas, which is all very well,” said Professor Bell.

“But you’ve got to sit and talk to the local people and get their ideas to develop technology that actually gets used.”

Alongside a network of local academics, entrepreneurs and farmers, Professor Bell has developed a new system of cropping for small farms and invented the small-scale machinery to make it possible.

“We have mechanized a system of planting where we disturb less than 25 percent of the soil to place seed and fertiliser and keep the remnants of the previous crop in the field as a cover of the soil. It’s a type of agriculture we call ‘conservation agriculture’,” explained Professor Bell.

This type of cropping has spread to over 170 million hectares worldwide, but 85% of that is in five countries; Australia, Argentina, Brazil, Canada and United States. Each of these countries have big farms and big machines, making the system easy to implement. 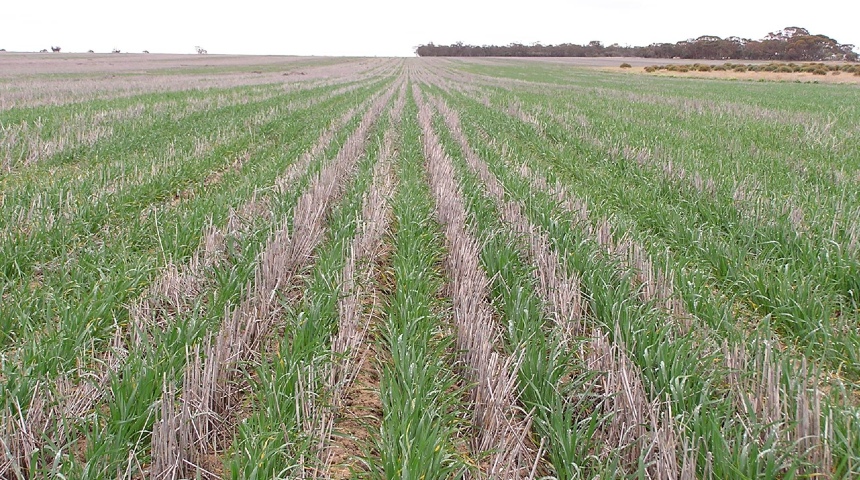 Image caption: Conservation farming in practice in a wheat field in Western Australia

It’s been a very profitable technique for the farming industries in these places due to the time and fuel saved, and it has reduced soil erosion. As compared to conventional farming, where you need to plough the soil two to three times and then seed, conservation agriculture requires a single operation for sowing of seed.

“The trouble is, this technique hasn’t spread in small farms as it’s not possible to get four-wheel tractors into these areas and big machinery isn’t accessible,” said Professor Bell.

“So, we’re pioneering the system for Bangladesh, where the field sizes are much smaller. Many are perhaps three or four times the size of your bedroom.”

Professor Bell first got involved in Bangladesh in 2005 trying to promote pulses – chickpeas and lentils – which are important parts of the national diet.

“Pulses seemed to be difficult to grow and were disappearing from the farming systems when we arrived. When irrigation became available, farmers switched over to growing more rice and wheat and the legumes were squeezed out.”

“So, we started this project to promote the growth of pulses and realised one of the constraints was that straight after rice harvest, the soil was wet, but dried rapidly. You need to plant lentils and chickpeas very quickly after harvest to grow a decent crop without irrigation.”

Getting those pulse crops to grow depended on the speed with which farmers could sow the seeds, but the traditional methods with bullock and plough were too slow. So, the research team began developing small machinery that could be used to plant crops very quickly.

“We worked with a retired farmer from New South Wales to design these lightweight, simple and relatively easy to manufacture machines that would help the locals sow their crops faster,” said Professor Bell.

“This design was refined over time with my colleague in Bangladesh, Dr Enamul Haque, based on feedback from user trials. And that’s been the key – with this project and any other – the technology has to be accepted by the users."

The research team now partners with a small business in Bangladesh to make and sell these seeding machines locally. 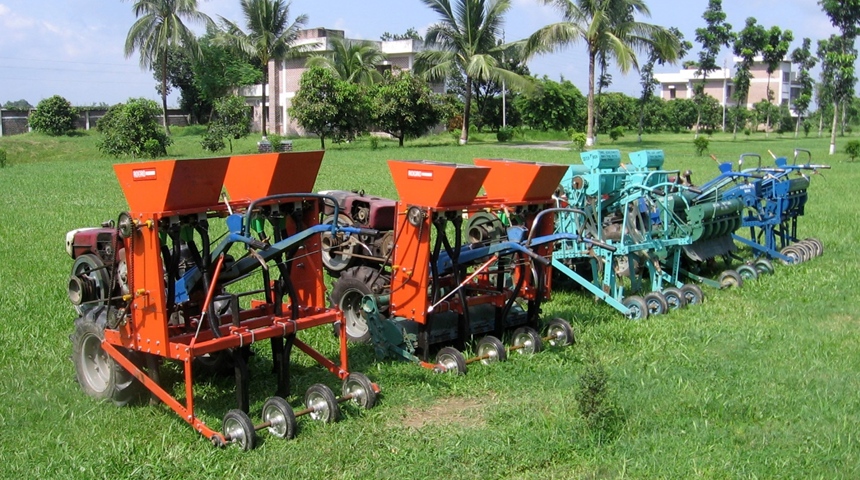 Image caption: The first seeder design, developed in collaboration with an Australian farmer. The latest design is seen in the image at the top of this article.

One of the most common pieces of farming machinery in Bangladesh is the small two-wheel tractor. These are mainly operated by small businesspeople, who use them to provide ploughing, transport, pumping and other services for farmers.

“There are 700,000 of these two-wheel tractors in Bangladesh and we’re trying to convince as many service providers as possible to offer a seeding service using the technology we developed that allows for conservation agriculture.”

Professor Bell’s team has delivered over 3000 on-farm demonstrations to prove the seeding machinery they developed works and also provides a range of incentives to locals who buy the machines.

One of those incentives includes underwriting a free season of seeding for the farming customers of local service providers, to encourage take up of conservation agriculture.

“Our modelling shows that operators can buy the seeding machines and pay them off in two years, which makes it a viable and attractive opportunity for local service providers to add to their offering.”

On this basis, the research team has engaged banks to encourage them to provide finance to local service providers and established a farmer network of nearly 10,000 farmers to promote conservation agriculture.

Eventually, Professor Bell and his team of collaborators will step aside and let the system run itself. 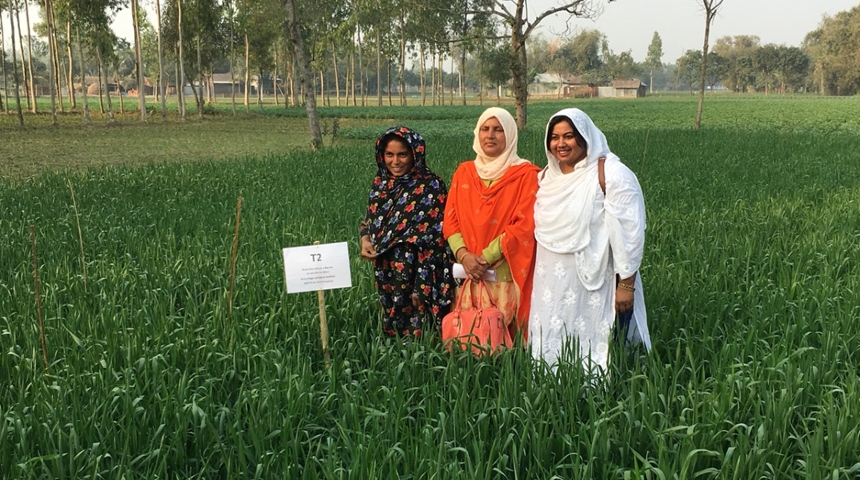 The conservation agriculture system and the machinery to make it possible for Bangladeshi farms is already having a significant impact.

“Applied on small farms, the system uses up to 86% less fuel for crop establishment, 34% less labour and up to 33% less water. This means anywhere from a 48% to 560% increase in profits for Bangladeshi farmers, according to our surveys,” said Professor Bell.

It also delivers higher yields and, importantly, results in a 30% decrease in greenhouse gas emissions and improves soil quality. This makes it an important farming system for those in developing nations to be able to access.

Seeing the sort of benefits you can generate from research, seeing what these small farmers currently have and what a difference it can make for them, and knowing we’re addressing critical issues in farms in Bangladesh, is really gratifying.”


The Australian Centre for International Agricultural Research has been funding this research since 2005.
Learn more about research from our Food Futures Institute.
Posted on: