A dirty problem: Scientists fight to fix the world's soils

The intensification of agriculture has ramped up food production, but wreaked havoc on soils. Sustaining agriculture into the future depends on our ability to fix it.

On a rural Bangladesh farm, Sonatan holds special blessing ceremonies for a small, cheap tractor that changed his life.

It’s been a remarkable few years for the former clay-pot maker who always struggled to feed his family.

The problem Sonatan faced was that traditional farming methods in rural Bangladesh - where extreme poverty and malnutrition are among the highest in the world - were too slow and arduous to make a decent living.

With equipment traditionally pulled by buffalo, by the time rice was harvested the land was dry and depleted and it was impossible to grow dietary staples, such as lentils and chickpeas.

“If a farmer adopts our whole package and uses it for two or three crops a year... there is something like $300 to $350 per hectare extra to be made a year,” Professor Bell said.

“It doesn’t sound like a lot, but it is a lot in terms of small farm-holders in Bangladesh.”

“This means anywhere from a 48 per cent to 560 per cent increase in profits for Bangladeshi farmers, according to our surveys.”

It’s life-changing work in a land where a growing population nudging 163 million people has pushed food production onto tiny pockets of land, often no bigger than the average Australian backyard.

The problem beneath our feet

But while landowners in developed countries have much better access to machinery, a soil crisis caused by intensive farming practices, deforestation and wind erosion plagues farmers across the globe.

According to the United Nation’s Food and Agricultural Organisation, a third of the world’s soil is degraded and suffering from a loss of soil biodiversity, increased salinity, pollution, acidification and compaction.

In Western Australia, Murdoch University soil scientists are bringing these barren soils back to life in work that hopes to secure food sources for generations to come.

The new practices are being developed at the Food Futures Institute and utilise bioplastics, the ability to grow more with less water and fuel, and soil regeneration.

Growing a chance of survival

More than seven billion microorganisms live inside every handful of soil and these microbes consume carbon as food to survive.

“There is also growing interest about how much carbon soils can accumulate globally, both from a policy perspective in relation to our National Carbon Accounts but also driven by large organisations having set ‘carbon neutral’ targets,” Dr Hoyle said.

Dr Hoyle has been studying a range of soil types in the South-West of Western Australia to uncover how different farming practices changed the amount of carbon stored in the ground.

It’s about understanding the drivers and the mechanisms that alter the rate of soil organic carbon decomposition and therefore how much we are utilising versus how much we are building,”
Associate Professor Frances Hoyle

Dr Hoyle has teamed up with industry and government and found that moisture and temperature play a key role in altering the carbon levels of soils.

“Carbon is balanced by inputs and outputs.  So, the inputs are based on rainfall and how plant biomass can grow, the outputs (or losses) are associated with how quickly it decomposes.

“With every 10C increase in temperature the rate of decomposition doubles,” she said. 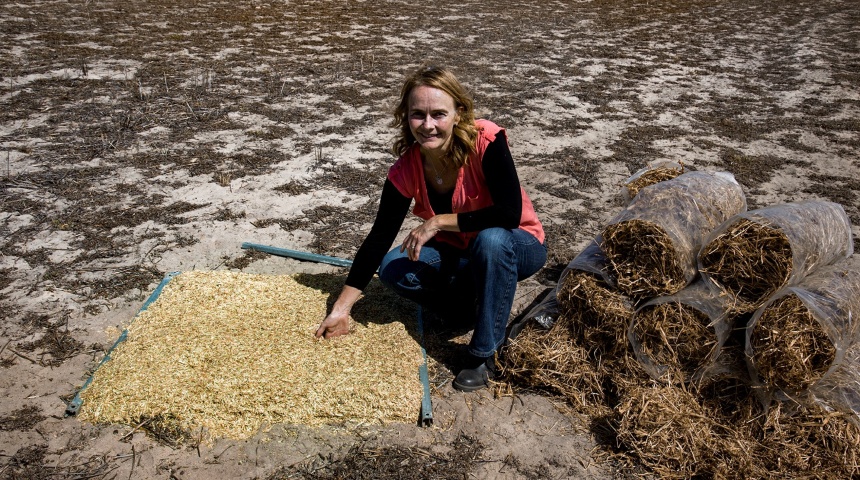 Image caption: Associate Professor Frances Hoyle at an experiment where soil organic carbon was doubled from 0.6% to 1.2% by adding 100 tonnes of organic matter over 13 years.

Dr Hoyle wants to describe the potential for systems such as perennial pasture systems on the cooler south-coast of Western Australia to store new carbon.

“It’s cool and it’s wet, so we can grow lots of biomass and it’s not breaking down as rapidly, so it has a greater potential to store new carbon compared to something in the northern agricultural region.”

A playbook for better soils

In an area where nothing was growing under agriculture, the tagasaste planting put three tonnes of carbon dioxide each year into the soil and another six tonnes per year in the biomass of the trees.

In another project, run by Associate Professor Rachel Standish and Greening Australia, planting on Peniup farm turned infertile soils from land unable to grow crops into a carbon sink alive with trees.

While these type of projects are realising opportunities in unproductive land, microbiologist Professor Daniel Murphy is equipping farmers with a playbook for how to better manage productive and marginal land.

The latest tool in their arsenal is a new book called Soil Quality 6: Soil Compaction, which contains recommendations based decades of research that can help sustain agriculture into the future. 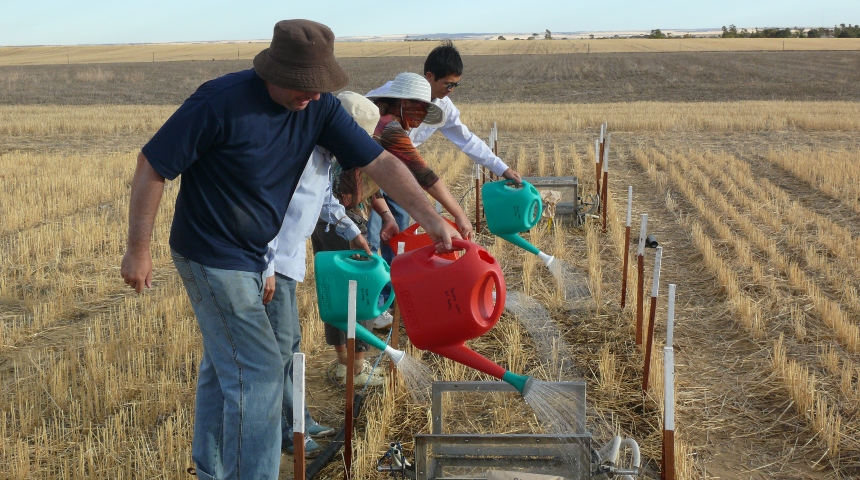 “It includes information on beneficial and disease-causing organisms and the influence of the environment and management on soil habitats which impacts soil production and resilience,” Professor Murphy said.

Dr Hoyle, who is co-author on the book, says her research is helping to provide solutions for the world’s major food and environmental challenges by giving farmers the mechanisms, causes and factors that impact soil quality, including from a biological, chemical and physical aspect.

The research forms a key part of the Food Futures Institute’s mission to secure and sustain the food bowls of the future.

“This work will help us contribute solutions to some of these challenges by delivering answers to the pressing questions that farmers have.” 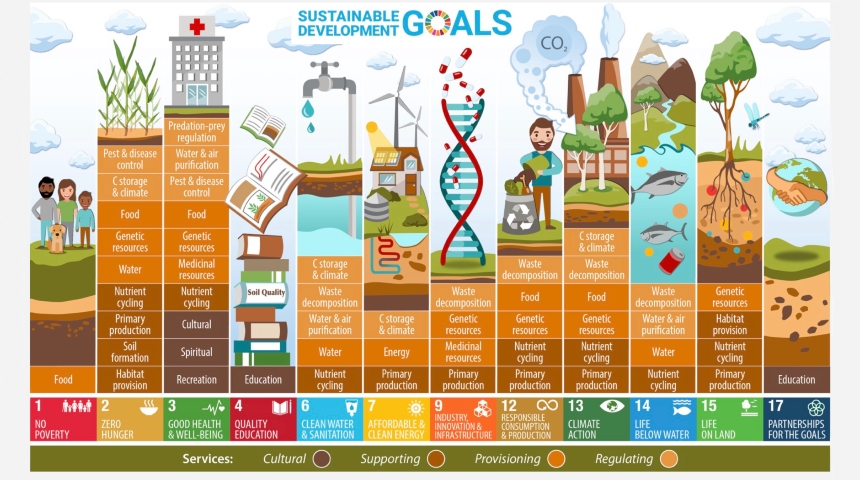 This research supports 12 of the 17 United Nations Sustainable Development Goals. .

Learn more about our research.
3

Murdoch students improving livelihoods above and below the surface