These rules apply to all campaigning activity in relation to election of Students to positions in the Guild of Students ("Guild") and to University Committees ("University").

These rules should be read in conjunction with the following Murdoch University legislation:

Candidates must not conduct their own investigations.

Note1: The close of nominations and voting dates will be as indicated by the Returning Officer.

Note2: The prescribed area for the display or erection of campaign material is as follows: 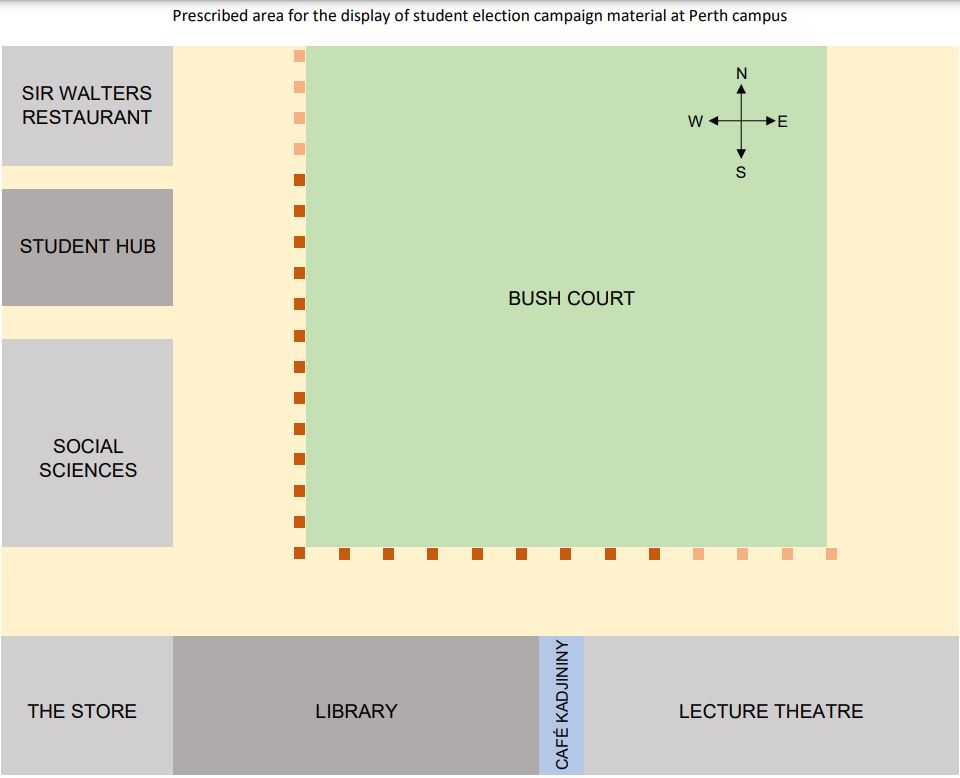